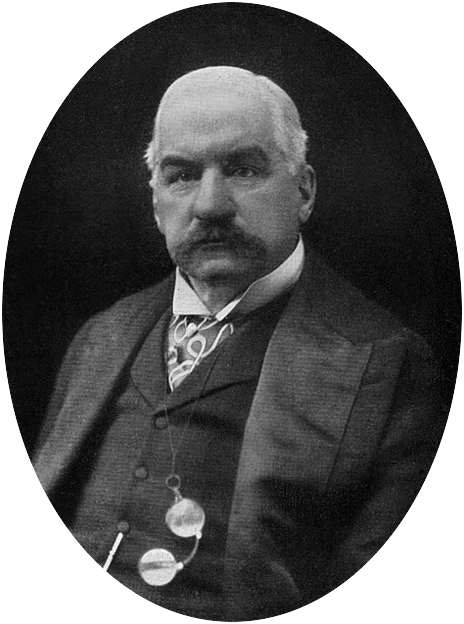 The hand-wringing and analysis of how JP Morgan could lose $2 billion in bad trading continues today. One report on CNBC had the following insights:

JPMorgan Chase lost at least $2 billion in its failed hedging strategy not only because it was sloppy, but because it grew too big in a rarefied market of complex financial instruments that it had created.

The strategy involved credit default swaps , a kind of derivative that was at the center of the 2008 financial crisis. The swaps were originally used to hedge the bank's exposure to other investments it owns and included contracts tied to North American investment grade and junk corporate bonds, as well as bonds in Europe and Asia. JPMorgan helped invent the market for such swaps, known as "synthetic" positions because they trade risk without trading the actual bonds. But two things made these particular positions untenable and costly for JPMorgan, according to traders in the market and derivatives experts.

First, as bond markets shifted and forced JPMorgan to realign its hedges, the bank layered swap on top of swap, complicating the structure and increasing the risk that its hedges would fail to offset losses from one swap with gains from another. Second, the sheer size of JP Morgan's swap position became more than the thinly traded market could easily manage. The lack of liquidity meant the exit door was too small for JPMorgan to fit through quickly once the trades started to deteriorate. Making matters worse, because JPMorgan was so dominant in this market it became clear to hedge funds and other trading entities that it was isolated and at risk—providing opportunities for those who could successfully trade against the bank's position. The complexity of the trades made it difficult for the bank to stay on top of the risks as its position worsened.

Stop and contemplate this for a moment. No one knows Credit Default Swaps better than JP Morgan Chase. They invented the instruments after all. And, they have long been considered "best in breed" on Wall Street in this regard. Nobody does it better. Yet, this quote is so very significant: "it became clear to hedge funds and other trading entities that it was isolated and at risk—providing opportunities for those who could successfully trade against the bank's position." The article went on to say:  "But hedge funds and other institutions in the market smelled weakness and dozens took advantage of the bank, according to traders. Reports by the Wall Street Journal and Bloomberg in early April about the bank's giant positions only made awareness of JP Morgan's problem and its isolation greater."

Now, we know that there are players in the world who desired to see JP Morgan Chase brought down. That is motive. Remember a year ago? We wrote a post titled The Invisible Gorilla that had quotes from Stephen Lerner of SEIU and George Soros regarding the need to tear down and remake the financial system. Quotes attributed to Lerner:

"S. Lerner: It seems to me that we're in a moment where we need to figure out in a much more, through direct action, much more concrete way how we really are trying to disrupt and create uncertainty for capital, for how corporations operate. . . .

And I think the only way we can do that is to think much more creatively, and the key thing I …is we have to say what does the other side fear most? They fear disruption, they fear uncertainty. Every article about Europe says a riot in Greece, the markets went down. The folks that control this country care about one thing: how the stock market does; how the bond market does; and what their bonus is. So I think we weed out a very simple strategy: how do we bring down the stock market, how do we bring down their bonuses, how do we interfere with their ability to, to be rich. And if we don't do, and that means you have to politically isolate them, economically isolate them and disrupt them. So, it's not all theory, I'll do a pitch.

So, a bunch of us around the country are thinking about who would be a really good company to hate? We decided that would be JP Morgan Chase. …. And so we're going to roll out over the next couple of months what will hopefully be an exciting campaign about JP Morgan Chase that is really about challenge the power of Wall Street. And so what we're looking at is in the first week of May, we get enough people together – we're starting now – to really have a week of action in New York with the goal of … I don't want to go into any details because I don't know which police agents are in the room, but the goal would be that we would roll out in New York the first week in May…" 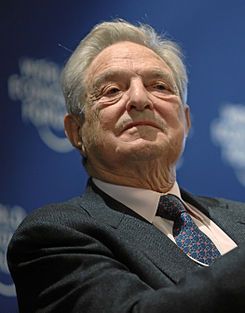 "Two years ago, George Soros said he wanted to reorganize the entire global economic system. In two short weeks, he is going to start – and no one seems to have noticed. On April 8, a group he's funded with $50 million is holding a major economic conference and Soros's goal for such an event is to "establish new international rules" and "reform the currency system." It's all according to a plan laid out in a Nov. 4, 2009, Soros op-ed calling for "a grand bargain that rearranges the entire financial order."

Soros wrote an Op-Ed in March 2009 that explained how Credit Default Swaps were used as Bear Raid instruments to bring down the big banks in 2008.

Today's CNBC article essentially admits that those who saw JP Morgan's positions were able to take advantage of their weakness. That is opportunity. So what happens if people like Stephen Lerner become aware of JP Morgan's vulnerable Credit Default Swap positions? What if George Soros were to use his vast resources and knowledge to assist with their goals?

Our book, Secret Weapon (http://secretweapon.org), explains in detail how things such as Credit Default Swaps can be secret weapons targeted against our economy. It details who might have the motive, means, and opportunity to use those weapons. We must address this serious problem. And, we must do so soon. The weakness of JP Morgan demonstrates just how important this really is.