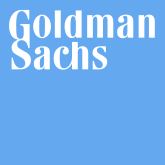 Recently, the media and Internet have been filled with references to Economic Warfare and Financial Terrorism. The volume on these topics has increased significantly since the story of our report for the Defense Department broke earlier this year. Interestingly, the terms have recently been used to describe something a little different than we first described. In the most recent narrative, the terrorists are now global bankers led by Goldman Sachs and others. In this narrative, their purpose has been basically to financially enslave the world.

I recently had the opportunity to have conversations with some who hold the "bankers are the real terrorists" view. I don't discount everything in the narrative. There are real issues there that need to be addressed. But, I find it interesting that this group is so quick to dismiss the risk of terrorists bent on global financial jihad or the Chinese PLA prepping for economic war. After all, we have jihadists directly promising acts of financial terror and members of the PLA declaring that they have purposely developed economic weapons with the intention of using them.

Here is basically how a typical conversation might go (KF for me and BH for Bank Haters):

KF:  So, you believe that the real terrorists are the global bankers?

BH:  Absolutely. You are right about the weapons of credit default swaps, naked short selling, and other derivatives. But, you miss the real perpetrators.

KF:  What would be the primary motive?

BH:  Greed and control. The bankers want to take over the world.

KF:  How is it working out for them so far? I mean, the global financial system is pretty precarious right now.

KF:  But have the banker's really benefited? Goldman Sachs almost went under in the collapse and the stock is down $100 (more than 40%) since its peak in late 2007. The Dow Jones Industrial Average is down just about 10% over the same period by comparison.

KF:  Really? At the time the Treasury Secretary was a Goldman alum. Now, Goldman Sachs has been publicly called out by the government and faces continuing scrutiny. Are you sure they have gained ground?

BH:  That's just for show. And it's not just Goldman anyway.

KF:  OK, can you name another bank that is strengthened financially or politically since 2007?

BH:  It's all behind the scenes. They have enslaved people and you don't even know it.

KF:  Perhaps, and there are certainly strange things happening around the world. Do you feel that the global bankers are the ones attacking Greece and other Southern European nations?

BH:  There should be no doubt.

KF:  So is it malicious or merely incompetence and greed?

KF:  Putting aside the motive question (especially since the troubles in Greece appear to be hurting not helping banks), you agree that it's possible for some group to attack another economy with malintent.

KF:  Could Islamic jihadists use the same mechanisms?

BH:  How could they? They don't have the knowledge or resources? They can't even blow up a shoe bomb in New York.

KF:  What if I showed you that they have both the sophistication and resources? I can demonstrate when they learned how to do it. I can show that they controlled hundreds of billions of dollars. Would that convince you?

KF:  But didn't the entire global financial system almost collapse? How would the bankers benefit?

BH:  Because they will get to take over everything when that happens.

KF:  OK, you believe the bankers were willing to nearly bankrupt themselves and everything else to achieve global dominance. But, you are unwilling to consider a similar motivation for Islamic jihadists who claim that capitalism must be destroyed and replaced by Sharia Compliant Finance under a new Caliphate?

KF:  Would you consider that the Chinese might undertake an economic attack?

BH:  Of course not, they are too dependent on the U.S. economy.

KF:  But it would be worthwhile for the global bankers?

BH:  Absolutely, they are bent on global domination.

As this compilation of real conversations demonstrates, the message of financial terrorism has made it into public discourse. But, it has become politicized and is being used against specific targets. In fact, it was likely this kind of thought behind the purported Steven Lerner plan to attack the banks (http://www.washingtonpost.com/blogs/ezra-klein/post/steve-lerners-plan/2011/03/10/ABnyqcIB_blog.html). You can read our take on the "plan" here:
https://globaleconomicwarfare.com/2011/03/30/the-invisible-gorilla.

The bottom line is that there are groups promoting and benefiting from chaos. Maybe the bankers are involved. Or perhaps there are those who desire to destabilize the banks (such as Lerner at SEIU?). Regardless, this is a major global problem. As we have shared earlier, the problems are just beginning. Phase Three, which we identified more than two years ago (and at the time was dismissed) is happening before our eyes.