All That Glitters….Why Gold is not the (only) Answer

One of the questions that comes up most often in a discussion of Global Economic Warfare is:

How do I protect my investments?

The answer most often provided is a "leap of faith" call to sell everything and exclusively buy GOLD. While owning gold can be good advice to a point, there are a number of important considerations before selling everything in a possible rush to what could turn out to be fool's gold.

Please understand that the purpose of this Blog is not to provide investment advice but rather to discuss the topic of economic warfare and financial terrorism. Having said that, the issue of investing does directly relate to the topic. What we are sharing is for informational purposes only. It is not intended as investment advice. Every individual situation is unique and deserves individual attention. We recommend that investors seek competent advice from a professional. 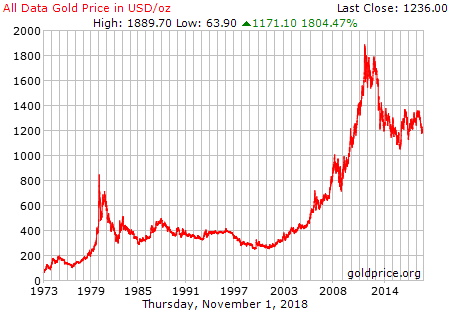 So, what is THE answer? We believe that diversification is essential, including gold. It may be important to diversify holdings with a variety of inflation or crisis hedges. These could include:

One of the primary reasons that we stress diversification has to do with human behavior and timing. At any point, any of the above-listed investments could rapidly rise or fall in bursts of greed or fear. Diversification helps to smooth the swings. Equally important to owning the right investments is avoiding the wrong ones. We may discuss investments that could suffer in a Phase Three environment in a future Blog. Again, this is not investment advice. Every investor must do his or her own homework and should evaluate options carefully with the help of a professional. But, as a general rule, we do not believe that gold is an exclusive "one size fits all" solution.

At one point or another, every investment has failed in some way. Given that, maybe the best advice of all time came from Jesus, as recorded in the Gospel of Matthew, Chapter 6, verses 19-21. His words teach us to not make our investments our treasure: