And They Said Markets Couldn't be Manipulated 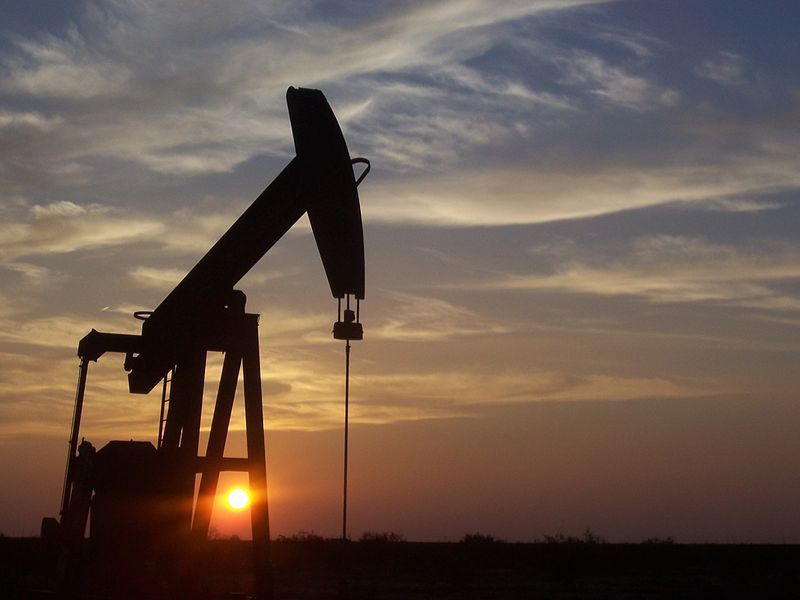 One of the loudest arguments against the findings in our book, Secret Weapon, has been a cry that free markets can never be manipulated. Of course, such thoughts fly in the face of history and common sense. As we have demonstrated, certain potential enemies of the United States have the motive, means, and opportunity to negatively impact us while benefitting themselves. This is true in regard to oil markets and under certain circumstances can be true in regard to stock, bond, and currency markets.

When we first shared about our hypothesis regarding Phase One, Phase Two, and Phase Three, the critics denied any possibility that the oil market price run-up from $50 per barrel in January 2007 to almost $150 per barrel in June 2008 could have been manufactured. Of course, there's no denying that such an increase hurt our already fragile economy. And, there's no doubt that the price gains benefitted Russia, Iran, Venezuela, and a host of other countries deemed (shall we say) competitive to traditional American interests. In fact, many view oil as a weapon. But, the argument was that no one was able to manipulate oil prices. Period. Now, historically, we know that commodity markets can and have been manipulated. Consider silver. 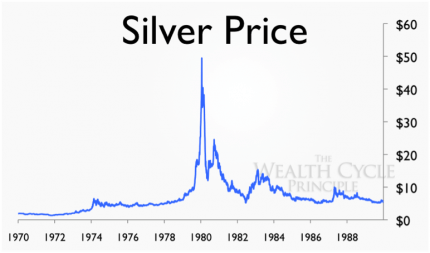 The shiny metal was priced well under $10 per ounce through most of the 1970s before spiking to over $50 per ounce around 1980. It them settled back to its original level under $10 very quickly. No one can argue that this was traditional supply and demand at work. The common understanding is that this was the work of the Hunt brothers who were busy trying to corner the market. They began buying at $2 per ounce and used the futures markets to acquire as much control as possible. One thing is certain, properly focused massive trading can move markets substantially. Without Hunt brothers using leveraged futures, does anyone believe silver would have jumped that much?

Some look at this episode and claim that silver was more easily manipulated than oil might be. The argument made in 2008 regarding oil is that simple supply and demand factors were at work causing the price increases. At the time, they argued that supply was falling due to "peak oil" and that demand was rising from China and India. Of course, in hindsight, we can clearly see that for the period in which prices were tripling, the supply was actually rising. Higher prices brought more production. Yet, the price kept rising. At the same time, the housing bubble was bursting and demand was actually falling–even from China. Global oil demand declined as prices rose. Yet, prices kept rising. Increased supply and decreased demand should have put a lid on prices. But, they kept rising.

Now, we have discussed this before. We have shown how speculation can push oil prices higher. This has been attested to by the Chairman Emeritus of the MIT Economics department, a Saudi Oil Minister, the CEO of Exxon Mobil, and a top oil trader. We have discussed how it could even be profitable for OPEC to goose the oil markets through buying futures. According to Goldman Sachs, adding one million barrels of "paper" oil through buying in the futures' market would add about 10 cents per barrel to the price of oil. A rough estimate is that such an investment would cost about $10 million. give or take. But, the corresponding price increase would result in $3 million per day in higher oil revenues for OPEC members. There is an argument that as little as $1 billion properly focused could push prices substantially higher. And, OPEC-based Sovereign Wealth Funds have trillions of dollars to use. All of this just demonstrates that the economics can work out to keep oil prices higher. Goldman Sachs estimated that the price per barrel is almost $24 higher with futures trading than it would be without.  The Exxon Mobil CEO estimates that 40% of the price per barrel is from financial market speculation. When you factor in that oil-producing nations understand this, you have to assume they would use the financial markets to keep prices artificially high. They have the motive, the means, and the opportunity.

If Goldman Sachs is right, apart from financial trading, oil might be priced around $70-$80. If Rex Tillerson is right, it might be $60-$70 per barrel. What that would do would be to devastate the economies of Iran, Venezuela, and Russia and severely impact the oil producers of the Middle East. I did work for the Pentagon in an Iran study in 2009 that showed how the Iranian government budget required at least $80 per barrel to keep the nation solvent. Russia needs high oil prices as well. In fact, in 2006 on a rip to Moscow, I was told point-blank that Russia would support Iranian nuclear development as long as it kept tensions high and thus created higher oil prices. In addition, we have already reported that the Russians and other oil producers have used media to undermine oil and natural gas development using hydraulic fracking. It is pretty obvious that there is a strong motive to keep prices as high as possible.

Despite all of this and other evidence that we shared in Secret Weapon, there are many who still deny that the oil markets can be manipulated. In a private meeting with Boone Pickens, even he admitted that OPEC manipulates prices artificially higher (by supply constriction primarily). But the argument continues. Those who believe manipulation was at work in the 2007-08 period have been waiting with great interest the release of documents from a court case brought by the Commodity Futures Trading Commission (CFTC) that alleges Parnon Energy acted to manipulate oil prices. There are 5.7 million documents and 200,000 audio files to be released by court order, a virtual treasure trove for those wanting to bring to light some of what happened. The documents might disclose, for example, who was behind the trading and how it was done. Those involved are doing whatever they can to stop the documents release:

Some of the world's largest oil traders including Vitol Group, Morgan Stanley and Royal Dutch Shell Plc (RDSA) are asking a judge to stop the disclosure of millions of records gathered by the top U.S. commodity regulator during its nationwide investigation of the crude markets.

The haul includes e-mails, depositions, trading records and audio files obtained by the U.S. Commodity Futures Trading Commission since its probe of the oil market began in December 2007. The companies appealed an Oct. 25 order by U.S. District Judge William H. Pauley that would allow the handover of the trove to lawyers leading a civil case alleging market manipulation by firms controlled by Norwegian billionaire John Fredriksen. The U.S. Court of Appeals in New York today ordered a temporary stay halting the release of the records while it considers speeding up review of the challenge.

The battle over the records reveals for the first time the breadth of the CFTC's investigation. The agency told Pauley in August that 5.7 million documents and almost 200,000 audio files had been sent to the defendants in the manipulation case. Many of the files came from the national probe.

"Society needs more inspection of trading in the crude oil markets, not less," said Chris Lovell, an attorney with Lovell Stewart Halebian Jacobson LLP in New York, who is leading the case and seeking class action status on behalf of traders who claim to have lost money because of alleged manipulation. "These guys should be subject to more transparency. I think we'd all be better off." To CONTINUE READING at Bloomberg…

There should be little doubt that some manipulation took place causing, in part, a tripling of oil prices in the 18 months from January 2007 through June 2008. What we need to determine is who did it and why. Was there OPEC money behind the trading activity? If we ever get to the bottom of all of this, we believe that there will be substantial evidence to suggest that oil-producing nations used the price run-up to strengthen themselves and weaken the United States. That is economic warfare.