Another Alibaba Concern: Are They Selling American Military Goods in China? 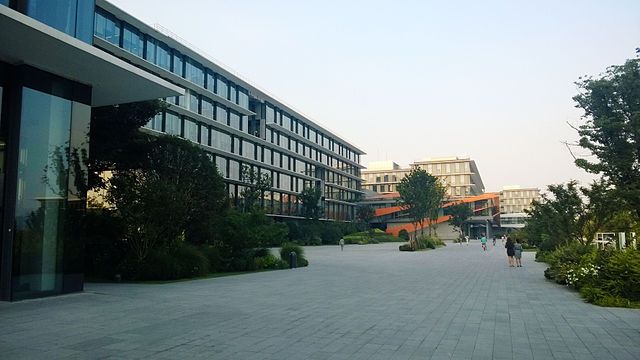 We've warned more than once about Alibaba (see previous posts here and here), the Chinese Internet darling that captured a record $25 billion in an IPO last year. We took part in a Press Club event that carried the warnings more broadly and I appeared on Fox with a similar message.

The concerns are multiple. First, American owners don't really have a say in how Alibaba is managed. That's because under Chinese law, Americans can't really own any part of a Chinese website. So, American investors get shares in a Cayman-Islands corporation that may or may not be able to participate in the growth potential. And there is no corporate governance potential through the American shares. It seems even possible that the Chinese government could literally confiscate the business leaving investors with nothing.  All of this was enough for the Hong Kong Stock Exchange to reject the IPO that Wall Street embraced.

The second concern was that Alibaba would use the raised capital to start buying American technology. We have heard rumors and seen some evidence that this is already taking place. In fact, it started BEFORE they had their $25 billion checkbook.

The third concern is that at some point American consumers will start buying and selling with Alibaba and that all their consumer data will be filtered through the parent company to Chinese officials.

<noscript>Watch the latest video at &amp;lt;a href="http://video.foxnews.com"&amp;gt;video.foxnews.com&amp;lt;/a&amp;gt;</noscript></p> <p><strong>A fourth concern has been that Alibaba would be a conduit for counterfeit goods.</strong> This seems to have been a problem that may not have been properly disclosed to American investors.</p> <p>The most recent concern, and one that is particularly upsetting, is that an Alibaba website is now selling embargoed American goods in China, including military manuals and technology according to the South China Morning Post. Thanks to <a href="http://www.forbes.com/sites/gordonchang/" target="_blank">Gordon Chang</a> for pointing us to this article.</p> <p><img src="MBsfhST31-180-lg.jpg"/></p> <p>Here are excerpts and a link:</p> <blockquote> <h2><a href="http://www.scmp.com/tech/e-commerce/article/1778704/us-military-equipment-banned-export-china-being-sold-taobao" target="_blank">US military equipment banned from export to China being sold on Taobao</a> [1]</h2> <p>Submitted by jgriffiths on Apr 28th 2015, 3:29pm<br/> Stephen Chen [email protected]</p> <h3>Shoppers in China can easily purchase export embargoed US military equipment on e-commerce platforms.</h3> <p>Multiple embargoed items, including infrared identification chips used by US military special ops, as well as sniper scopes, infantry accessories and internal training materials, are offered for sale by at least a dozen shops on Taobao, China's largest online shopping site, owned by Nasdaq-listed Alibaba Group.</p> <p>Shop owners seemed to be aware of the items' sensitivity, with many highlighting the embargo restrictions as a selling point.</p> <p>Photos of some items' packaging showed the phrase: "US government property. Commercial release is unlawful."</p> <p>On the item page for US military training materials, a shop named "Enemies' Equipment Club" said: "All [items] are brand new … the US restricts the export of these items. Obtaining them was difficult."</p> <p>"If you can understand it, the benefit is unlimited," the description continued.</p> <p>The owner of the shop, based in Sichuan province, as well as the owners of other shops offering embargoed equipment, declined to reveal how they acquired the items.</p> <p>It was not possible to independently confirm whether the items were genuine.</p> <p>More than half the stock of the training materials was sold out. At least eight customers had purchased the package, made up of five books including the Special Forces Hand Book published by the US Army Headquarters and Ranger Hand Book by the US Army Infantry School.</p> <p>Customer feedback was positive. All buyers gave an "excellent" rank on product quality and authenticity …</p> <p><em><strong>To Continue Reading and also see photos of the items, please visit the Source URL (modified on Apr 28th 2015, 3:43pm):</strong> </em><a href="http://www.scmp.com/tech/e-commerce/article/1778704/us-military-equipment-banned-export-china-being-sold-taobao" target="_blank">http://www.scmp.com/tech/e-commerce/article/1778704/us-military-equipment-banned-export-china-being-sold-taobao</a></p></blockquote> <p><strong>Over time, we suspect that additional concerns will emerge. Stay tuned. Be vigilant.</strong></p>