Are China's Holdings of American Debt a Weapon? 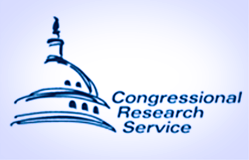 The Congressional Research Service published an interesting report yesterday with the title:  "China's Holdings of U.S. Securities:  Implications for the U.S. Economy." The report, produced by Wayne Morrison and Marc Labonte, does a good job of providing a balanced economist's view on an important topic. It does not, however, address the very serious national security implications, especially in light of Chinese reports that they view our debt as a weapon.

I was asked to comment on the report for an article to be written by one of America's best national security reporters. The following are my comments:

The attached CRS report is useful as it quantifies a serious issue and begins a dialogue regarding it. It is incomplete, however, as all the analysis is based on economics, fully disregarding the potential weaponization of our debt. The report even states that "The likelihood that China would suddenly reduce its holdings of U.S. Securities is questionable because doing so would have a significant negative impact on the Chinese economy." Unfortunately, this assumes that all Chinese motivations will be rational from an economic perspective. History teaches that not everyone acts rationally, either because they have other motivations or they have bad information. A perfect example may be seen in the Iranian states pursuit of nuclear weapons despite the serious economic sanctions and resultant economic carnage.
In the case of China, it is not at all clear that economists have or will maintain the upper hand. The PLA has been increasing in influence and the PLA is on record as suggesting that economic weapons are a legitimate form of Unrestricted Warfare. In fact, the book Unrestricted Warfare, published by PLA Press in 1999, lays out a clear path to victory over a superpower enemy. The book discusses three steps that result in social panic, street riots, and a political crisis. The first step listed is to "muster large amounts of capital" without arousing suspicion.  The CRS report demonstrates that the Chinese have increased holdings of foreign reserves from less than $300 billion in 2002 to well over $3 trillion today. The next step listed is "launch a sneak attack against its financial markets" to cause a financial crisis. It is clear that there was such an attack in 2008-09 (as outlined in my book, Secret Weapon, www.secretweapon.org) and the Chinese were aware of it. They even tipped off Treasury Secretary Paulson to it during the Summer Olympics. Having said that, we have no evidence of Chinese involvement. The third step is to "bury a computer virus and hacker detachment in the enemy nation's computer system." No honest rational person would deny Chinese hacking attempts that take place daily on all of our infrastructure, public and private. This combination, they said, would "cause the enemy nation to fall into social panic, street riots, and a political crisis."
Clearly, the PLA recognizes the power of economic weapons. In fact, Unrestricted Warfare outlined three of the most powerful "new concept" weapons as "a single man-made stock market crash," a "computer virus" that could paralyze the enemy nation's infrastructure, and any effort to destabilize the enemy nation's currency. This view was reinforced in the February 2011 issue of Qiushi, an official Journal of the Communist Party: "Of course, to fight the US, we have to come up with key weapons. What is the most powerful weapon China has today? It is our economic power, especially our foreign exchange reserves (USD 2.8 trillion). The key is to use it well. If we use it well, it is a weapon; otherwise it may become a burden," it said.
China, it said, should ensure that fewer countries should keep their forex reserves in US dollars.
"China, Japan, the UK, India, and Saudi Arabia are all countries with high foreign exchange reserves," it said analysing each country's ability to align with China against the US.
So in view of this China should "pick up courage" and go for aggressive buying of other currencies, including the Indian Rupee hence taking the lead in affecting the market for US dollars.
This approach, it said, is market-driven and it will not be able to easily blame China.
"Of course, the most important condition is still that China must have enough courage to challenge the US currency. China can act in one of two ways. One is to sell US dollar reserves, and the second is not to buy US dollars for a certain period of time," which will weaken the currency and cause deep economic crisis for Washington. From this, it is clear that the Chinese do, in fact, view their U.S. Holdings as a potential weapon. And, as with many weapons, the objective can be political rather than economic. If the Chinese state were purely economic, they wouldn't bother with weapons systems at all. Yet, domestic weapons spending continues to increase at a dramatic pace. In addition, no one would argue that the Chinese have developed sophisticated abilities to attack via cyber means. Does anyone believe that crashing our electronic networks would leave their economy unscathed? Yet, even though we can be certain that there would be a substantial economic cost to such a Chinese attack, we still rationally prepare against such a contingency, aware that hard-liners might gain control and consider using such a weapon.
It is important also to note that the CRS article does not discuss the fact that China and America operate with different time horizons in their thinking. Americans are notoriously short-term in their focus. So, the statement that China would be hurt from a decline in the value of their U.S. Holdings seems to make sense to us. However, it is clear that the Chinese think in terms of five-year plans with a time horizon measured in decades or more. A legitimate question, left unaddressed, is whether or not the Chinese would be willing to suffer a short-term loss on their holdings in order to achieve a greater long-term gain? We have substantial evidence that the Chinese are preparing for the day when the U.S. Dollar no longer holds the respected position as global reserve currency that it maintains now.
In summary, the CRS report properly notes a serious issue. It discusses from an economists' standpoint whether or not the Chinese might use those holdings as leverage in political discourse. Unfortunately, it ignores that the Chinese view their holdings of our debt as a powerful weapon in a military context. This is a real threat we may be facing.

Just as a recap, please review these previous posts on the same subject:

There should be no doubt that we face a global economic war and our debt is arming our adversaries. Learn more at www.secretweapon.org.