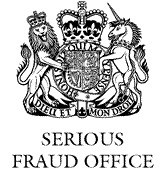 British-based Barclays just keeps popping up in relation to the issues we study regarding economic warfare and financial terrorism. First, as we noted in a previous Blog Post, Barclays was a player in the failure of SemGroup, a company that had a serious role in the oil price spike (Phase One). There are ongoing investigations into Barclays' actions in regard to possible direct manipulation of energy prices as well.

Barclays was also instrumental in helping Sharia Compliant Funds develop a platform that would enable short selling outside the traditional mechanism. Then, we have Wall Street awareness that the massive bear-raid short selling that took down several major U.S. banks including collapsing Lehman Brothers was not coming  from traditional short sellers. Instead, it seemed to be coming from London and the Middle East.

[Some believe that the mechanism used  in the bear raids against Lehman was essentially naked short selling based on the Madoff exemption and sponsored access rules. What this essentially means is that some hidden party such as a Middle Eastern Sovereign Wealth Fund could naked short sell Lehman, for example, as a target company using the Madoff exemption and sponsored access (both legal at the time) and profit from the destruction of a company. The potential for this type of financial attack to occur almost unnoticed was explained in an Unrestricted Warfare symposium held for the Department of Defense following Chinese military doctrine based on Soros techniques.]

In addition, when Barclays itself came under siege, the bank didn't turn to the UK Government for bailout but rather to Sovereign Wealth Funds out of the Middle East. In fact, Barclays was manipulating LIBOR rates at the time (a crime for which they paid nearly a half-billion dollars in fines), and Forbes Magazine concluded that the reason may have been to attract the Middle East capital and avoid taking any government assistance.

Next, of course, we have Barclays direct role in the bankruptcy of Lehman Brothers (by refusing to be their bailout partner), the event that triggered the massive financial collapse of 2008-09 resulting in much of the economic malaise we are suffering even today. From the book Secret Weapon: How Economic Terrorism Brought Down the U.S. Stock Market and Why It Can Happen Again (Regnery, 2012) on page 158:

Barclay's contribution to the collapse of 2008 is largely unknown, but

the story can be pieced together from a few key sources. In his book On the

Lehman. Apparently, many of the world's major banks had acquiesced to

the American proposal that Barclays buy up Lehman while dumping its

$52 billion pile of bad assets. The result would have devastated Lehman

shareholders but kept the firm operational and prevented further economic

Darling told Paulson, "without a hint of apology in his voice, that there was

no way Barclays would buy Lehman. He offered no specifics, other than to

say that we were asking the British government to take on too big a risk, and

he was not willing to have us unload our problems on the British taxpayer." 1

did not own Barclays. In 2008, two sovereign wealth funds, from Abu

stock and warrants to take controlling interest under certain conditions.

the bank's agreements with the SWFs required it. 2

If the SWFs had this much leverage in the bank, they were probably

strong enough to force the bank to refrain from rescuing Lehman. Barclays,

in fact, had already stated that it would be advised by the Qatar Investment

Authority. Furthermore, Barclays had other investors who were unlikely to

favor rescuing the U.S. economy. These included Challenger, a company

Qatar and chairman of Qatar holding, and the China Development Bank. 3

This is the same Barclays, of course, that helped develop arboon as a means

All of that seems damning enough by itself. Now, however, the issue gets even more complicated and scandalous. Here are some excerpts from a Quartz Article published today:

Move over, Libor. Barclays has a juicy new scandal—and it could prove more damaging to its reputation

As the Financial Times reported Jan. 31, Barclays may have engaged in some shady dealings (paywall) with Qatar Holding, a subsidiary of the Qatari sovereign wealth fund, and Challenger, the Qatari prime minister's investment vehicle, to help the bank misrepresent its assets to the UK government and to its shareholders.

The story as it's been reported so far goes something like this: As the global financial crisis unfolded, Barclays was doing everything it could to avoid a government-led bailout. For one thing, it didn't want the stigma. But it also may have been leery of letting the government scrutinize its operations. (As a condition of their accepting taxpayer-funded bailouts, both Lloyds and the Royal Bank of Scotland were subjected to stricter government oversight.)

Barclays raised capital twice in 2008 in a bid to stay independent, and Qatar Holding and Challenger ultimately chipped in £6.1 billion ($9.7 billion) of that. Here's the catch, though. It might not have actually been Qatar Holding's or Challenger's money at all. Rather, it now looks like Barclays loaned the Qataris money to invest back into Barclays. In October of that year, Barclays sweetened the deal, paying Qatar Holding £66 million for "having arranged certain of the subscriptions in the capital raising," according to Barclays' financial statements.

Why would Barclays do this? Why not just count that money as capital you don't need to raise, instead of loaning it to the Qataris and taking it back? The answer is that it got to count a rock-solid loan on its books, as well as accepting the capital needed to avoid inviting a government bailout. It's almost like double-counting the money Barclays actually had; instead of just keeping that cash on its balance sheet, Barclays could increase its value in equity markets and the safe assets on its balance sheet.

Why it's worse than Libor

But if Barclays was misleading regulators to believe it was on better financial footing than it was, these allegations would be far more egregious than rigging Libor. In tinkering with borrowing rates, Barclays was a) doing something that every other major financial institution was also doing; and b) conducting an activity that wasn't even strictly illegal. More than anything, the Libor scandal explains the failure of the rate-setting system rather than illuminating the bad behavior of any specific bank. And despite the media hue and cry about Libor, Barclays's involvement ultimately earned it little more than a sharp slap on the wrist from UK authorities. The £290 million fine, while a record for fines of its kind, was only about 10% of the bank's pre-tax profits the previous year.

Paying Qatar Holding and Challenger to help the bank distort its assets, however—that would be a far more reckless form of deceit. If Barclays did indeed make this deal with the Qataris, that would mean it willingly risked insolvency rather than accept government help, even though it was on shaky financial footing. That not only left the bank in a precarious position, but it could also have done further damage to the entire financial system.

The bank may face steep monetary penalties or even criminal charges if it turns out that it lied to regulators. It appears odd that the government would not have noticed—and registered concern about—a funding structure like this in the process of examining Barclays' need for a bailout . . .

But as The Guardian's Louise Armitstead points out, even lending money out to fund oneself looks pretty darn illegal. Section 678 of the UK Companies Act 2006 expressly prohibits firms and their subsidiaries from providing "financial assistance" to anyone buying their shares. Although the capital-raising scheme was complex, if the loan existed at all Barclays could face punishment.

It is almost unimaginable. Was Barclays so willing to avoid government backing (and the disclosures that come with it) that they not only rigged LIBOR but also engaged in an illegal scheme with Qatar? It is beginning to look like that may have been the case as demonstrated in a series of press reports:

This is getting messier by the minute. Barclays was clearly involved with SemGroup and thus played a role in the oil price spike. Barclays is also under investigation for possible energy price manipulation. Spiking oil prices caused Phase One as described in our research. Then, we know that Barclays was involved in creating a short selling mechanism to allow Sharia Compliant funds to short sell major banks. Some believe that this may have been the mechanism used to take down Lehman Brothers. Now, we know that Barclays was also manipulating LIBOR rates and may have done so to attract Middle East investment and to avoid government involvement. Even worse, Barclays may have been conducting an illegal loan scheme to allow Qatar (along with Abu Dhabi) a potentially controlling position in the London-based bank. Add to that the rejected rescue of Lehman, and picking up the assets in bankruptcy booking a swift profit and then allowing those profits to essentially flow through to Qatar and Abu Dhabi and you have a very complex but seriously concerning story.

We will watch the news flow carefully but so far it seems as if the worst of our suspicions are being confirmed. There was clearly manipulation and malfeasance at work in the economic collapse.