Battling for the Soul of America 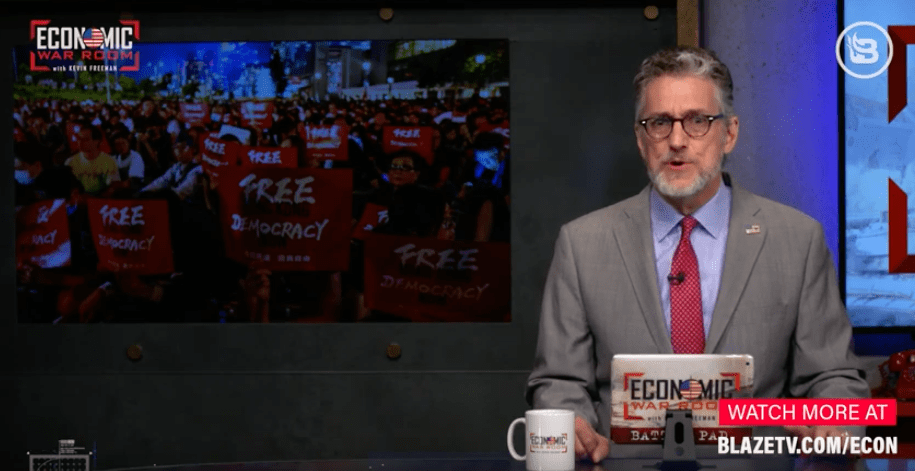 We've long told you that China was waging an economic war against the United States. The war has escalated recently, especially regarding American support for Hong Kong and President Trump's efforts to hold China accountable regarding IP theft, hacking, and manipulative trade practices. This is a regime with a thin skin. And, they have been using economic threats against ordinary Americans. Consider Roy Jones, a regular guy living in Nebraska. While working for Marriott, Roy simply "liked" a Tweet that China didn't like. He was fired.

And you are probably aware of the huge brouhaha caused by Daryl Morey, a Houston Rockets general manager who sided with Hong Kong's quest for Liberty. Basically, this simple tweet set off a major incident between the NBA and China. LeBron James appeared to side with China over freedom. And he suffered a backlash. Or did he? Some say his "brand" became more valuable in China.

Then there are the Activision Blizzard gamers (esports stars) who dared display solidarity with Hong Kong only to be banned from the game and stripped of prize money. Many believe that Activision Blizzard was afraid that his personal free speech might endanger their deals in and with China (although the company denies it).

See how insidious this has become? China uses their economic power to threaten and coerce Americans and American companies. In the case of Marriott, it was direct. In the case of the NBA and perhaps Activision, it was pure intimidation.

Unfortunately, it's not just China. Others have threatened to use economic power to stop our most basic liberties like silencing free speech. By labeling certain individuals and groups as "haters," the left attempts to silence any critics. The SPLC claimed the right to declare anyone a hater, at least until they were exposed for serious misdeeds and issues.

All of this is a form of economic warfare designed to control people and deny them liberty. We did a recent episode regarding this issue in the Economic War Room. Here's a clip from YouTube:

One of the things you may notice in the clip is that the irreverent Comedy Central show South Park actually showed the most courage in regard to China and Free Speech in general. Basically, a cartoon is displaying greater moral courage that multiple major American companies.