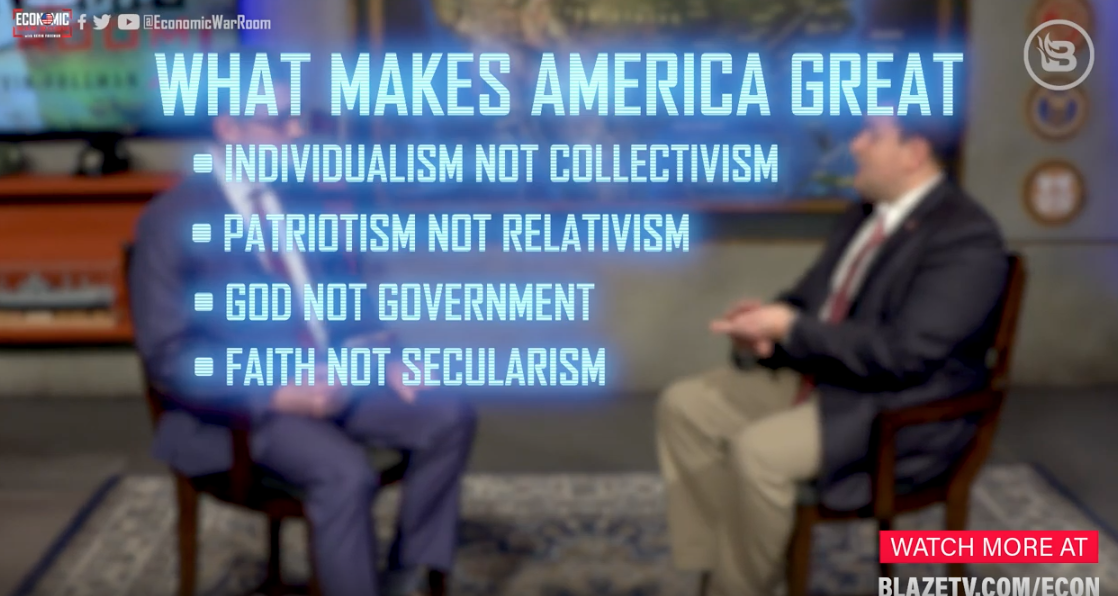 In honor of the men and women who sacrificed so much to make America the amazing country that it is, we celebrate Memorial Day. Unfortunately, too many people look at this wonderful country and focus on the problems rather than the big picture. Yet, those who would otherwise be considered among the most oppressed, including black Americans, native peoples, and women are all counted among America's greatest heroes. They fought, and bled, and died because they knew first hand the hope of our nation and also the risks of its failure. They knew that other nations simply cannot compare. That is American Exceptionalism.

This week's episode of Economic War Room features Australian Nick Adams who knows first hand the miracle of America. Sometimes it takes an outside perspective to truly understand the potential and promise of our nation.

I remember meeting Eldridge Cleaver, one of the original Black Panthers, in the early 1980s. Here is a man who dedicated his early years to destroying what he viewed as a racist nation that was a blight on the world. He saw only problems and no opportunity. He spent time in prison where he was radicalized. He fled to Cuba to celebrate communism. While there, and also traveling to North Korea, North Vietnam, the Soviet Union, China, and Algeria, Cleaver saw first hand the failures of communism. From the Daily Beast:

Cleaver denounced the anti-Semitism of the Left and the Third World, racism in the Arab world, the hypocrisy of those who rob humans of their freedom in the name of a higher humanity, but mostly for their own power. He told interviewers his new views "would wreak havoc among my old ‘new left' friends and among a formidable array of blacks who are imbued with a knee-jerk, Third World, skin-game ideology." But he concluded with insights still relevant today, rejecting "The whole idea of settling political problems and arguments by terrorist activities." In the process, Cleaver was born again religiously, just as the Religious Right was starting to (re)gain traction as an American political movement.

Eldridge Cleaver, who once opposed Christian religion and America, turned 180 degrees on both. He made it clear that while there are problems everywhere, when you step back and look at the big picture, America was a great place, a unique experiment in liberty, and truly exceptional. When I met him, he even endorsed Ronald Reagan for President.

Nick Adams also has a global perspective from which to view America. He was the youngest Deputy Mayor in Sydney's history. He moved to America because he so firmly believes in the potential we have. But he also warns that all could slip away if we stay on the path of socialism and tyranny from an elevation of the state over the individual. To view the entire episode, log on through EconomicWarRoom.com. You can also download our free Economic Battle Plan ™.

You can view a FREE YouTube clip of my interview with Nick Adams.

The truth is that America is exceptional. And we have the sacrifice of many American heroes to thank for it. Lets fight to keep what they fought to give us. Happy Memorial Day!