China: Why Do We Always Play By Their Rules? 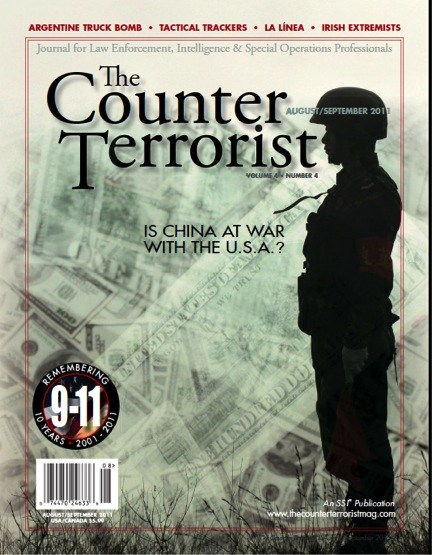 There is a major debate happening regarding Free Trade and Fair Trade in this Presidential election. While Free Trade is the ideal, it only works when every participant plays by the rules. Those who cheat and deceive do gain an unfair advantage. Most of Washington wants to ignore this reality. It may be due to intense lobbying by the nations that cheat. There is a lot of money from the Chinese, for example, into think tanks and political agendas. The Chinese have robust influence operations at work.

Cheating can come in many forms. It can be cyber espionage, currency manipulation, or basic unfair trade practices. A closed system can create corruption to manipulate an open one. For example, there aren't private institutions in China to co-opt in the same manner as they can do to us. Those institutions simply don't exist with the ability to influence policy.

While trade balance alone is an imperfect determinant of fairness, the severe and ongoing deficit with China warrants a close examination. The graph below shows how the annual trade imbalance with China has severely worsened over the past 30 years. Present trends estimate that the deficit could quintuple over the next 15 years to approximately $2.5 trillion per year. That would prove absolutely devastating.

This is the same China that hacks everything to steal secrets, as they did with our Stealth Fighter technology. The same China that is staking military claim to as much land as possible despite international understandings. The same China that is aggressively moving to dominate space. And working with the Russians to be able to knock us out of space. And dumping their holdings of U.S. Treasury bonds. And buying everything in sight, including attempts to buy an American stock exchange. A China that tightly controls the Internet and flow of information inside her borders. A China that has been proliferating weapons to our enemies. A China that supported Iran as Iranians shouted "death to America." A China intent on de-Americanizing the world. A China rapidly building alternatives to America. A China fully prepared for economic war with the United States.

Does this sound like our ally or at least a fair trading partner?

The answer is sadly no and we are paying a terrible price. Our economy stagnated as China rose, much of it through theft, trickery, and manipulation. According to some experts, China's astounding growth has also been a mirage, luring capital but really akin to a Ponzi scheme.

The sad thing is that Western nations continue to bow to Beijing. The most recent example noted in the press? British willingness to sacrifice her steel industry on the altar of Chinese trade. China has claimed that they have simply been growing rapidly. They claim that their consumer class is being built and once complete, trade will even out. If that's true, then why has China instituted a severe imports tax on internet purchased foreign goods? Have we really sacrificed so much with the "end of the rainbow" hope of access to a large and growing consumer market only to get shut out now? No one will complain for fear of retaliation from Chinese authorities.

This issue should not be an undiscussed "elephant" in the Presidential election. Certainly Donald Trump and Ted Cruz have debated the economics. We now need to put the issue in the context of global economic warfare. The Chinese are playing for keeps and it's time we made certain the rules are fair.