Current Cyber Threats and the Impact on Global Stock Markets 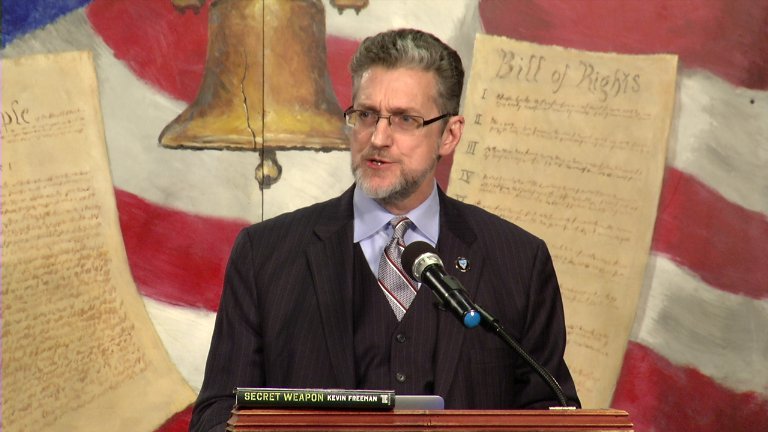 Last Sunday I had the privilege of addressing the South Carolina Tea Party Coalition Convention. Thank you Joe Dugan!

This was THE political event of the weekend and featured appearances by Governor Mike Huckabee, Senator Ted Cruz, Donald Trump, Senator Rick Santorum, Governor Jim Gilmore, and Dr. Ben Carson. The other speakers were superstars as well in the fields of national security (like my friends and colleagues Clare Lopez, Hank Cooper, Admiral James Lyons,Lt. Col. Bill Cowan, and Trevor Loudon), noted authors (like Peter Schweizer and Ann-Marie Murrell), political experts (like Jenny Beth Martin and James O'Keefe), and media experts (like Steve Bannon and David Webb). The entire event was live streamed and covered by international media.

My portion was just under 18 minutes in length. My comments were focused on the global economic war underway between enemies who propagate tyranny and patriots who pursue liberty. The enemies are both foreign and domestic. In the talk, I provided an eight-step plan to return America to greatness. Ultimately, of course, the solution and our victory is found in returning to God according to Second Chronicles 7:14. Christ proclaimed "Liberty to the captives." America, if she stands for Liberty, can be the shining City on a Hill for the whole world.

I prefer the word Liberty rather than "freedom," although the terms are often interchanged. To me, Liberty implies a spiritual quality and should be regarded as a gift from God, with an inherent dignity to be respected. Freedom sometimes is twisted to mean "lacking restraint of any kind." Even the enemy of our souls might seek this perversion of freedom for us as it ultimately leads to chains of bondage. Are we free to become drug addicted? Free to enslave ourselves? It may seem a silly semantic argument, but I think there is an important point here.

I believe Liberty is contextualized best with an understanding of its origin. Liberty is a gift from God as described by Thomas Jefferson (and showcased on the Jefferson Memorial):

"God who gave us life gave us liberty. Can the liberties of a nation be secure when we have removed a conviction that these liberties are the gift of God? Indeed I tremble for my country when I reflect that God is just, that his justice cannot sleep forever."

This is essential and necessary understanding. If our liberties came from government, then government could rescind them.

My speech is an appeal to Liberty as we address very real cyber-economic warfare challenges. Ultimately. this requires the Spirit of the Lord as noted in Second Corinthians 3:17.

"Now the Lord is that Spirit: and where the Spirit of the Lord is, there is liberty."

I hope you enjoy this short talk. Please share it using the tools below or direct people to this link at NSIC.org:  Kevin Freeman SCTPC Convention 2016.

Why Do They Refuse to Look at Voting Machine Vulnerabilities?

Is Our Constitutional Republic at a Tipping Point?

Fraud at an Industrial Scale and the KKK Act