Diamonds May Be Forever but Paper Money Certainly Isn't 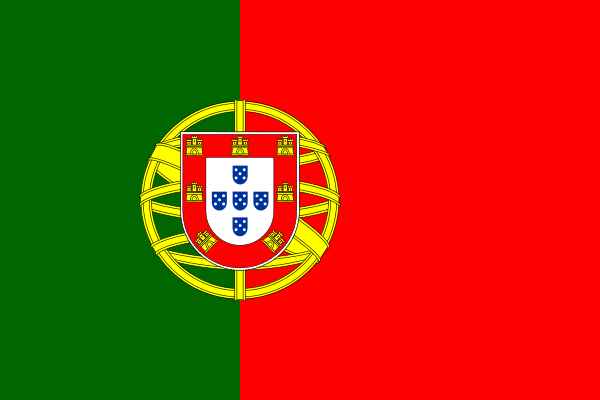 Last week a bank in Portugal missed a debt payment and that sent global markets reeling:

Banco Espirito Santo SA sought to reassure investors by revealing its exposure to related companies after a missed payment on short-term debt by a member of the Portuguese group roiled global markets…. [To Continue Reading at Bloomberg…]

The highlight on Portugal brought to mind something that few people know–at one point in history, Portugal was the global economic powerhouse and, according to several sources, held the most important currency of the world. That may have even been the very first "reserve" currency (as shown in the Chart credited to JP Morgan): 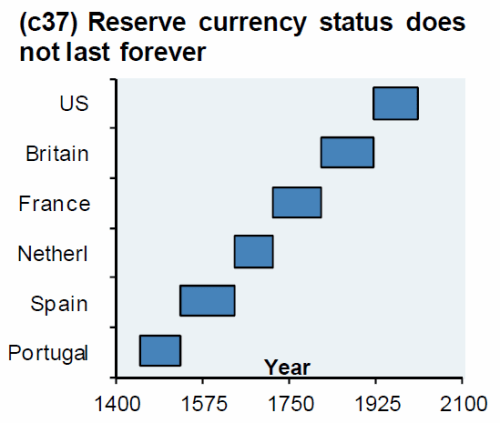 Notice that the reserve currency was held by a powerful empire and the loss of the reserve currency coincided with the decline of that empire. A reserve currency is what nations prefer to hold for use in global trade. It benefits the issuer in several ways and has even been described as an "exorbitant privilege."  Also, reserve currencies tend to last a little longer on average than non-reserve paper "fiat" money which has an average shelf life estimated at 27 years.

We've discussed the importance of having the reserve currency before and the threats to displace the dollar from that privileged role. Unfortunately, Washington has ignored the warning signs. Our potential adversaries understand that if the dollar were to fail, we would no longer be able to afford our extraordinary military. We've also shared some of the problems that could occur if the reserve status was suddenly stripped from the dollar given our huge international debt load. American hegemony would collapse without a desirable U.S. dollar.

Watching what took place in Portugal this week served as a reminder for students of history of two important facts. First, reserve currencies eventually die. Second the loss of reserve currency coincides with the loss of global power. No wonder, Putin, the Chinese PLA, Iran, al Qaeda, and North Korea want to see the dollar fail.