Don't Give Away Control of the Internet 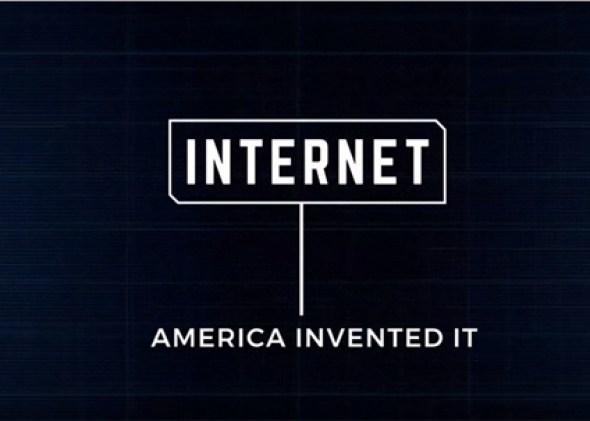 The following is a letter sent by Ted Cruz to constituents in Texas.

The Internet is one of the most powerful and transformational inventions of our time, and Texans, in particular, recognize its tremendous economic importance to our state. In 2015 alone, Texas was home to more than 500 Internet-based companies. The Internet allows anyone across our great state, with minimal capital, to bring a dream or an idea to life and participate in the national and global marketplace.

This extraordinary ability is a direct result of American ingenuity. Because the Internet was invented right here in the United States with the financial support of American taxpayers, our federal government has stood guard over critical Internet functions and protected free speech online under the First Amendment. But the Obama administration could change all of that in just 14 days.

Unfortunately, on October 1, President Obama intends to give oversight of the Internet away to ICANN, an international body that includes oppressive regimes such as Russia, China, and Iran, and has a history of poor accountability.

This radical proposal jeopardizes Texas jobs, our free speech online, and our national security. Congress must act by September 30 to protect Internet freedom, and I will continue to work with my colleagues to stop Obama's dangerous handover and preserve your freedom and livelihoods online.

This week, Sen. Cruz continued leading efforts and building momentum in Congress to block the Obama administration's dangerous Internet proposal. He also introduced legislation that would reaffirm Texas' leadership in the space industry and voted in favor of a bill that supports many key water infrastructure projects in the state. See below for more details of Sen. Cruz's work on behalf of Texans this week.

On Wednesday, Sen. Cruz chaired a hearing investigating the risks of the Obama administration's plan to give oversight of the Internet away to the International Corporation for Assigned Names and Numbers (ICANN), which is composed of multinational corporations, civil society groups, and more than 160 foreign countries, including Russia, China, and Iran.

During the hearing, Sen. Cruz and expert witnesses shared serious concerns about this Internet handover, including the risk of increased censorship and loss of free speech online, possible legal repercussions, and national security vulnerabilities.

"Because of the First Amendment to our Constitution, which affords more protection for speech than anywhere else in the world, the United States Government—as long as it has authority to oversee the infrastructure of the Internet—has a duty to ensure that no website is denied Internet access on account of the ideas it espouses," Sen. Cruz said in his opening statement. "…Once the government is out of the picture, First Amendment protections go away. The First Amendment by its term binds the government, it doesn't bind private individuals. That means that when ICANN escapes from government authority, ICANN escapes from having to worry about the First Amendment, having to worry about protecting your rights or my rights."

"It is profoundly disappointing that the Obama administration has decided to press on with its plan to relinquish United States oversight of crucial Internet functions, even though Congress has not given its approval. For years, there has been a bipartisan understanding that the ICANN transition is premature and that critical questions remain unanswered about the influence of authoritarian regimes in Internet governance, the protection of free speech, the effect on national security, and impacts on consumers, just to name a few.

"Without adequate answers to these questions, it would be irresponsible to allow the transition to occur in 15 days simply because of an artificial deadline set by the Obama administration.

"In fact, Democrats at both the state and national level have echoed many of these concerns. For example, former President Bill Clinton has warned that ‘ lot of people who have been trying to take this authority away from the U.S. want to do it for the sole purpose of cracking down on Internet freedom and limiting it and having governments protect their backsides instead of empower their people.'

"The issue of Internet freedom should unite us Americans – Republicans, Democrats, and independents alike. Partisanship and political gamesmanship have no place when it comes to the Internet, basic principles of freedom, and the right of individuals in our great nation and across the globe to speak online free from censorship.

"We urge our Democratic colleagues to work with us to ensure this transition does not occur on October 1."

Sen. Cruz on Wednesday penned an op-ed for the Houston Chronicle, strongly urging Congress to stop the Obama administration from giving away control of the Internet to an international organization akin to the United Nations. In the op-ed, Sen. Cruz affirms that the administration is not authorized to relinquish oversight of the Internet without the authorization of Congress. Cruz also contends that the president's radical proposal would remove First Amendment protections from the Internet and empower authoritarian regimes like Russia, China, and Iran to censor speech online.

"Because the internet was created here in America, the U.S. government has maintained the internet's core functions to ensure equal access for everyone with no censorship," Sen. Cruz wrote. "The government's role isn't to monitor what we say or to censor our speech; it is simply to ensure that the internet works properly.

"But this could all change. The Obama administration is pushing through a radical proposal to take control of internet domain names and give them to the Internet Corporation for Assigned Names and Numbers (ICANN), an international organization that includes 162 foreign countries. If Obama's proposal goes through, it will empower authoritarian regimes like Russia, China and Iran to potentially censor speech on the internet. These countries are not our friends, and their interests are not our interests."

"Today, our country faces a threat to the Internet as we know it," Sen. Cruz says in the video. "The Obama administration intends to give away control of the Internet to an international body akin to the United Nations. Do we want China, and Russia, and Iran having the power to determine that if a website is unacceptable, it's taken down? I urge my colleagues on both sides of the aisle to come together to ensure that we protect freedom of the Internet for generations to come."

Watch the video in its entirety here.

On Tuesday, Sen. Cruz unveiled a list of lawmakers who have joined him in opposing President Obama's radical proposal to give away control of the Internet.

Read the CAP memo in its entirety here. [End of Cruz letter]

I was honored to have been asked to be among the 108 conservative thought leaders of the Conservative Action Project signing the memo. We have said this before but it bears repeating. Deciding whether to give away or keep control of the Internet may be the most important political decision of 2016, perhaps other than (or perhaps even including) the election of the next President. Yet few are discussing it. We do know that the Russians, Chinese, and others are discussing it, however, looking forward to the day that America cedes control. Same for the likes of George Soros.

You should quickly let your Senators and Congressional representatives know that you stand against President Obama's efforts to give away the Internet.