In the Economic War Room™, we have released two episodes regarding Election Fraud. 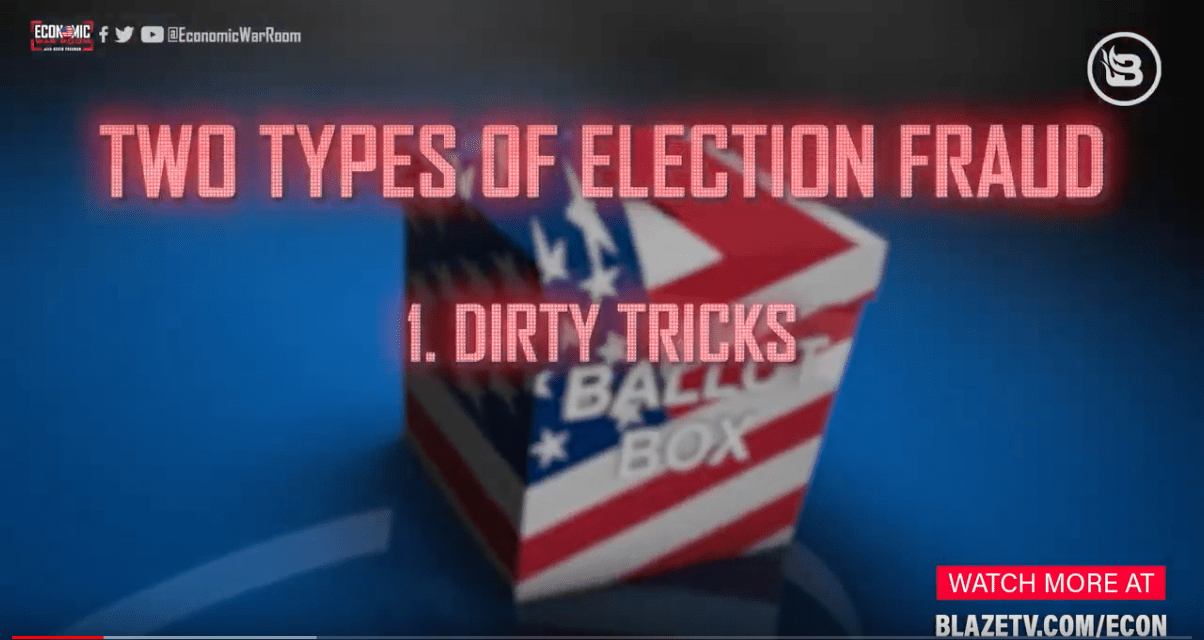 The first is titled: Ep 20 | Election Fraud, Dirty Tricks, and Your Money | Economic War Room. [The second is: Ep 21 | Stolen Elections Are an Economic Weapon | Economic War Room. You can watch both episodes, and all our other content with a FREE ONE-MONTH TRIAL Subscription to BlazeTV at EconomicWarRoom.com. If you already have a subscription, go directly to our show page HERE.]

The reason this issue is so important (and why it is truly economic warfare) is that elected politicians have a huge say in your economic future. They determine tax rates and regulations. And, this is both domestic and foreign warfare because foreign governments have been known to interfere in election outcomes. You don't just have to take the media's obsession with Russia in the 2016 election. China, Russia, and many other countries have made it a long-term practice of interference. And, before you ask, we have had our share of efforts to influence other nation's voting as well.

We've covered foreign election interference in this Blog. A post in July 2016 went into some serious detail:

That covered the "why" and some of the "how" using outside forces. The recent episodes of Economic War Room, however, go into detail on the "how" using inside forces, dirty tricks, and outright fraud. The problem is that it foreigners or even domestic cheaters can attempt to steal an election. But the common thread is that you will be impacted. If the progressive left can cheat its way to victory, we will end up in a socialist state and the war on wealth will end by taking your hard-earned money.

The tactics are serious and include all sorts of dirty tricks and manipulations. Google and Facebook, for example, can manipulate voters and swing an election in any direction. That's not my opinion, but the findings of a study from a PhD psychologist (Dr. Robert Epstein) who was a Hillary Clinton supporter. What's more, he acknowledged that "the fix was in" for Clinton. Without obvious Google bias, the truth is that President Trump would have enjoyed an even larger 2016 victory. Take a look at this clip from the Economic War Room™.

A second dirty trick was an attempt to deceive voters through fraudulent Voter Guides placed in churches. It is pretty bold to go into a house of God and steal legit guides and replace them with counterfeits. But it happened. See for yourself at this clip from the Economic War Room™.

The GOOD NEWS is that we prepared an Economic Battle Plan™ that goes into detail on the problem and then offers direct and substantive solutions. You can download a personal copy FREE at www.EconomicWarRoom.com/BattlePlans. Look for 02/07/19, EP20 Voter Fraud – Dirty Tricks.

Of course, to properly address the very real risk of election fraud, we will need to generate tremendous awareness. You can help accomplish this by sharing this Blog and pointing people to the Economic War Room™ Facebook page and Twitter feed.