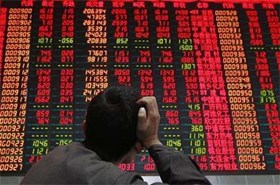 Testimony in Congressional hearings suggests that a plot to bomb the New York Stock Exchange was thwarted with information obtained by the NSA. Obviously, there is an intense debate on just how much information the NSA should monitor regarding American citizens. The problem, as some have stated, appears that many in the public have lost confidence in Washington in light of the IRS scandal. What is so damaging to confidence is the appearance that certain groups were targeted by our own government solely based on their political views. Add to that the concerns regarding the politicization of our Intelligence Community in light of the Benghazi tragedy and the manner it was explained to the American people. Many observers have stated that it looks like the government withheld the truth and shaped a narrative that was politically expedient. Then, you add that phone records of reporters covering these issues were tapped (admitted by the Justice Department) and computers of reporters were hacked (unsure of who was responsible). It feels a lot like 1984, for certain.

Today's revelations of thwarted plots were intended to demonstrate that government surveillance increases our safety. Regardless of whether or not you find that argument compelling, the fact that the Feds have now acknowledged that the stock exchange was a primary target is significant. Interestingly, all the "experts" interviewed this morning have said "of course the NYSE is a target." Now, think that statement through in light of our book, Secret Weapon. Of course, the stock exchange is a target. The motive is to destroy our economy. So, if our enemies have the means and opportunity to destroy our market, should we be surprised if they try?

While the specifics on the thwarted attack are limited at this time, it does prove what we have been saying all along. Our economy is the real target.

Here are some of our previous posts:

Why "They" Would Attack the Financial System