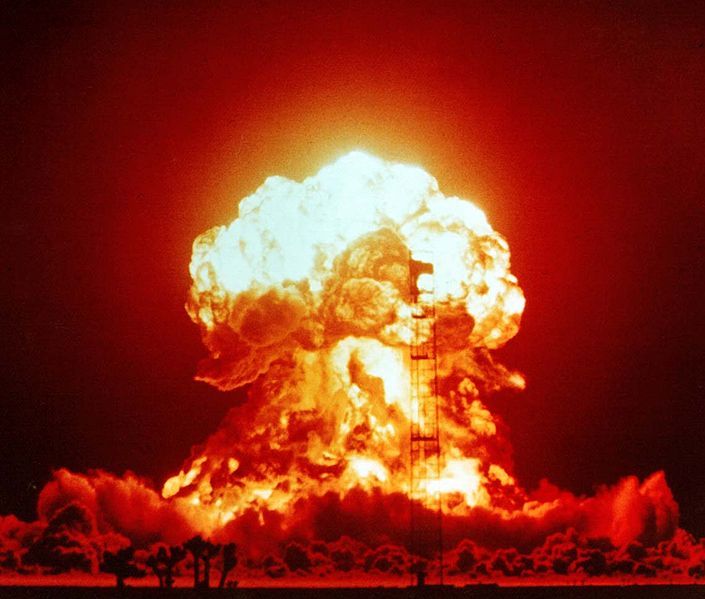 For several years we have warned of cyber and financial threats to our great nation. Enemies and adversaries understood that American military strength was the direct result of American economic strength. Thus, the Soviet Union spoke of using external economic weapons in the 1980s and likely long before (as recounted by Jan Sejna) and the Chinese published a "how to" book in the 1990s titled Unrestricted Warfare.

It wasn't until recently, however, when serious people began to recognize just how vulnerable we have become to financial warfare. Yes, many have started to recognize the cyber component. In fact, even USA Today ran a story warning of an "‘Armageddon' cyber attack on banks" as recently as February 25. But the idea that direct financial warfare against America has seemed far-fetched to many. After all, our economy appears to be the best-positioned in the world if no longer the largest. And, the dollar has gotten much stronger over the last eight months, contrary to the dire predictions of so many surrounding the dreaded FATCA implementation (see our take on that issue here). So what is there to worry about?

The answer was provided in the pages of The Wall Street Journal on Tuesday in an Opinion article by Mark Dubowitz and Jonathan Schanzer. Mr. Dubowitz is executive director of the Foundation for Defense of Democracies (FDD) and its Center on Sanctions and Illicit Finance, where Mr. Schanzer, a former Treasury terrorism analyst, is vice president of research. I briefed the president of FDD, Clifford May and chairman, the Honorable James Woolsey (former Director of Central Intelligence) on this very subject about five years ago following my initial report to the Pentagon. It's pleasing to see the great work FDD is producing today. Here is their headline, excerpts, and conclusions (but you should click through to the FDD website to read the whole article):

The Fragility of the Global Financial Order

Russia and China have been trying to develop their own alternative system. One day soon they may succeed.

….Watching from the sidelines, however, Washington's adversaries have been developing economic weapons of their own. In 2010 China banned exports of rare-earth minerals critical to Japan's electronic industry, and Beijing has frequently used economic and diplomatic pressure to challenge the international recognition of Taiwan. Soon China may complement its naval maneuvers in the South China Sea with economic coercion to pressure Vietnam, the Philippines and other Asian nations over ownership of the massive oil and gas reserves in the disputed waters.

As former U.S. Treasury Secretary Henry Paulson describes in his book, "On the Brink," the Kremlin amid the Great Recession tried to persuade China to dump their massive holdings in Fannie Mae and Freddie Mac . This would have forced an intervention by the U.S. government to save the two institutions and dramatically exacerbated the already-serious economic crisis. The two powers ultimately balked, likely over fears that they had just as much to lose if they were to dump their investments.

In short, America and its allies are vulnerable, and while mutual economic dependence may have made the West's adversaries cautious, this could change if countries such as China, Russia and Brazil decide to challenge U.S. global economic dominance…

Meanwhile, Russian officials, with Chinese cooperation, are creating an alternative to Swift, according to Andrei Kostin, head of Russia's state-owned VTB Bank and a close adviser to Vladimir Putin . With the Ukraine crisis escalating, the Kremlin knows that more U.S. sanctions are coming. U.S. legislators and British officials have even contemplated expelling Russian banks from Swift—a move Mr. Kostin has warned would be tantamount to a declaration of war. This system lacks the credibility of Swift, and therefore lacks customers—for now. But the combination of an alternative global-reserve asset, a Chinese global credit card, an alternative Swift system backed by Russia and China, and a number of banks willing to defy the global financial order, could represent a significant challenge to U.S. interests.

U.S. allies will also feel the pain. In 2014, pro-Palestinian organizations petitioned Swift to disconnect Israeli financial institutions from its financial-messaging system. Swift rejected the pressure, explaining that it wouldn't take action without direction from EU regulators. Swift, however, would presumably comply, as it did in the case of Iran, if Brussels gave the order.

The U.S. and its allies must prepare for a growing and dangerous era. It will be marked by cyberwarfare, by abuses of the international legal system to disrupt national security, and by attempts to undermine the integrity of the U.S.-backed global system. Led by Washington's sanctions architects, who have turned financial power into a significant instrument of offensive coercion, the West must now turn our punitive system into one that also provides a shield of defense.
See more at: http://defenddemocracy.org/media-hit/schanzer-jonathan-the-fragility-of-the-global-financial-order/#sthash.uN5W3pGy.dpuf

We can no longer afford to keep our heads in the sand. Financial warfare is on our doorstep. Unlike traditional warfare, however, the battles won't be played out in a distant land between armies. Instead, your bank accounts and investments will be under attack. And, financial weakness begets military weakness. This was clearly explained by Victor Davis Hanson in a current National Review article, "The Audacity of Weakness."

What can you do? For starters, we need to demand that our leaders recognize the seriousness of the threat. It is cliche, but you should write your Representatives and Senators. Get copies of Game Plan and Secret Weapon to them. Forward the FDD article. I just returned from Washington where I spoke on a cyber panel at CPAC along with Senator Rob Portman, Congressman Mike Pompeo, and former Attorney General Michael Mukasey. We are doing our best to wake up the leadership. You should also put your own Game Plan in place to protect your family and business. Finally, we should all pray for this nation. For too long we have shoved God out of the conversation, focusing selfishly on material things and excluding the spiritual truths on which our nation was founded. We need to repent and return to truth, asking God to lead and protect our nation once again.