Forgetting the Lessons of 9/11 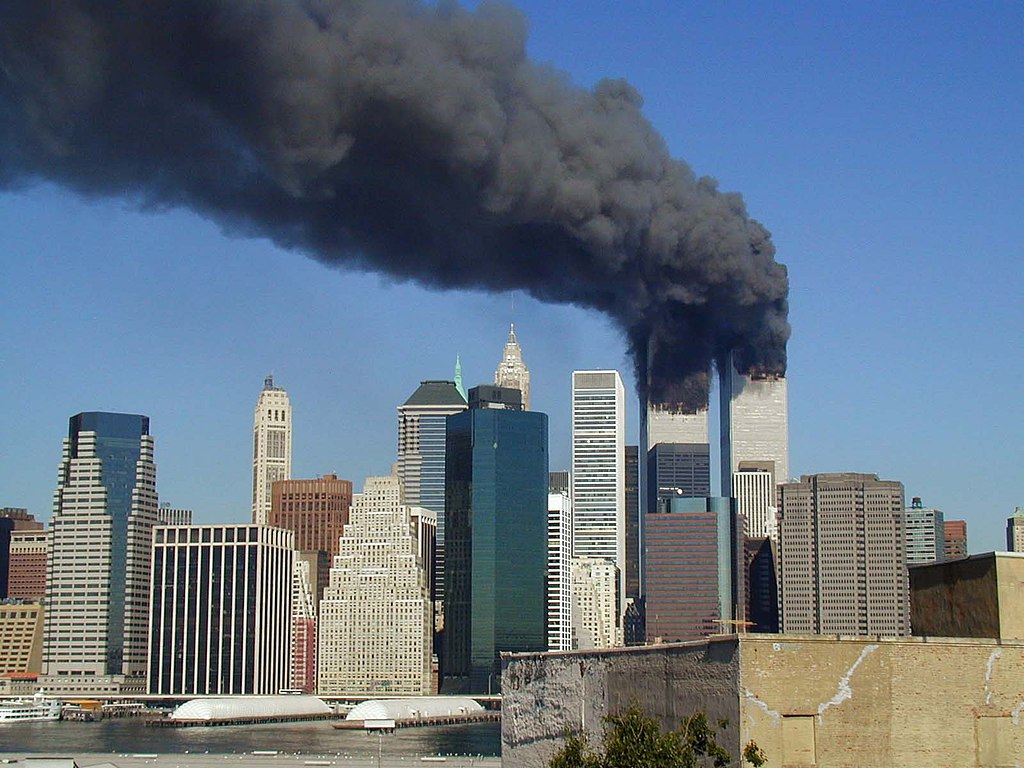 And yet, we have forgotten, and we have been shamed into ignoring the important lessons of the tragedy of 20 years ago. The stain of our recent Afghanistan failure obscures the tremendous sacrifice that so many Americans have made over the past two decades. The current tragedy is the loss of life and freedoms for the people of Afghanistan, especially the women there. We have lost reputation and respect internationally. We handed the Chinese and Iranians and Taliban wealth, treasure, military equipment, and a strategic air base.

Having said that, this may not be remembered as the worst thing to happen to America this month. Of course, there is a new risk of terrorism as our military leaders admit. But that also may not be the worst. Yesterday, in a speech from President Biden, we learned that our own nation is adopting tactics that, however well meaning they might be, are built on the same ideological and intellectual framework as the Shariah supremacists who attacked our nation 20 years ago While that may seem like a stretch, it is not. The bottom line in both is "submit or else."

If you are a strict Shariah-adherent, as were the 9/11 attackers based on their own admission, then you would believe that the entire earth must submit to Allah and his law. I do not doubt the sincerity of their beliefs. In fact, such expressions have been a part of our world for centuries. But the American response has been to honor individual Liberty. Under our Constitution, you may follow Shariah if you desire. But that is a personal conscience choice. Shariah supremacists will respond that they know better, and their superior understanding of truth justifies forcing people to submit for their own good and the good of the world. Some believe that if you fail to properly submit, you either have second-class status or deserve death. They, from their view, are convinced that their way is right and claim that they save many people from what they believe will be eternal judgment.

Now, let's consider the national vaccine mandate. The focus is not to question the values or benefits from the Covid Vaccination programs in general. Having said that, I take direct issue with the tyrannical manner in which they are being pushed.

"Those who would give up essential Liberty, to purchase a little temporary Safety, deserve neither Liberty nor Safety." –Benjamin Franklin

The very sad fact is that the Biden administration knows that a national mandate is a violation of the Constitution. In the simplest terms, it is not an enumerated power, and the 10th Amendment should make this clear ("The powers not delegated to the United States by the Constitution, nor prohibited by it to the States, are reserved to the States respectively, or to the people"). Unfortunately, we've allowed the federal government all sorts of latitude based on ridiculous interpretations of the Interstate Commerce Clause and our naive willingness to allow the Feds to tax our money and then bribe us with it.

How in the world would a sane reader of the U.S. Constitution imagine that the Federal Government has any right to mandate that every employee of business with 100 or more employees must take an experimental vaccine where the long-term implications are unknown? Even if you look at the Commerce clause, what if a company is only operating within a single state?

Even if the Federal government had the Constitutional authority for a vaccine mandate (which I seriously doubt), would it not be the responsibility of the Congress to pass such a law?

Here's what makes it even worse. The President himself suggests that if a duly elected State Governor opposes his mandate, he will "use his powers to get them out of the way." How is that not the very definition of a tyrannical dictator? How is that different from someone saying, "I will force your submission to Shariah and anyone who opposes I will get them out of the way?"

The White House knows they don't have the authority but is insistent on doing it anyway. So they have created a tyrannical "work around" using OSHA. It's not supposed to happen this way. And this may actually prove the mandates undoing. If it doesn't, God help us. We will lose any and all our freedoms. Imagine if Biden decides that Climate risk is so great as to mandate abortion in order to reduce the population? He just destroyed the "my body, my choice" argument. Or, what if he decided to tax any birth but offer free abortions? It's for the public good, they will say, and you must submit. THIS IS A VERY DANGEROUS PATH!

Keep in mind that just months ago this President was clear that a vaccine mandate was not only unconstitutional but wrong-headed. Now they are stuck trying to explain the shift in policy. Here's the truth. Power corrupts and absolute power corrupts absolutely. And before they took power, both Biden and his current VP Harris questioned any vaccine rollout under Trump. "Don't trust Trump," they said. But now, absolutely under penalty of law, you have to do as we say?" Sorry, Mr. President, but you are not trusted on this by at least one-third of Americans.

The UK's Daily Mail describes the mandate as:

Is this for our safety? If so, why aren't they requiring vaccines for every illegal immigrant that they are allowing across the border and then relocating in our communities? THINK ABOUT THE ABSURDITY OF THAT!

And what about the World Health Organization's recent admission that a Vaccine Mandate would not end the pandemic due to new variants? This squares with the experience in Israel and other locations around the world. By the way, I am NOT saying the vaccinations lack value. There seems to be plenty of evidence that those who are vaccinated have less severe outcomes even if they get infected. But there is also evidence that the vaccine has side effects and risks as well. And the risks and benefits are not uniform across the population. That is data-driven scientific truth. So why does a mandate for all make sense? By definition, some will benefit and at least some will be harmed…all for the public good? Even the Boston Globe had to grapple with that one:

Dr. Fauci has told us that we should mandate vaccines for young people because we do not know the long-term health impacts of Covid. But this man also told us we might need booster shots every five months. For a teenager, that suggests the possibility of up to 200 shots in a lifetime. Can he share with confidence the long-term health impacts of that? Of course not! In fact, the data shows for some much greater risk than benefit.

Dr. Fauci has been caught "misleading" Congress if not outright lying. But he also is unable to make a case for vaccination for those who had Covid and recovered (natural immunity). And studies have shown that natural immunity is very effective, perhaps substantially more effective than the vaccine.

One thing is certain. The science on this is NOT AS SETTLED as we have been told (but is certainly politicized). The CDC has even changed their definition of a vaccine to "clarify" some say because it may not prevent disease but at least lessens the impact. There are a number of qualified, non-political doctors who disagree with the approach being taken. How else can you explain so many health care workers opposing mandates? How else can you explain the tainted and politicized trial data that had to be withdrawn? How else to explain the front-line, patient-treating doctors who claim success using a different approach to treatment?

Here's the reality. A vaccine mandate is dividing America with a small percentage of Biden supporters forcing their view on the rest of America. Even The Atlantic (not a conservative magazine by any means) has made it clear that "death shaming" is not the way to win people over. How much worse a mandate? We have tyrannical celebrities shaming and threatening anyone who fails to conform. Jimmy Kimmel basically made a joke about watching unvaccinated individuals die by denying them medical care. Joy Behar essentially joined him. They are saying, "if you are too stupid to follow medical advice, you deserve to die." Let's apply that same line of thinking to smokers. They've been told that smoking causes cancer. They ignored the medical advice. Should we, for the good of society eliminate them? And yes, second-hand smoke harms others. Can we extend this to "gasoline powered automobiles emit CO2 and that may kill the whole planet." So, we can confiscate and destroy all gas-powered cars? How about those who are overweight? Do they deserve to die as well? Where do you draw the line?

Twenty years ago, the Taliban and al Qaeda decided that their view justified controlling the lives of others even to the point of mass murder. We promised to Never Forget. Individual liberty was too important. I'm afraid that while we are remembering the event of 9/11, we have forgotten its most important lessons. God Help Us!