Greek Tragedy: What a Phase Three Meltdown Looks Like 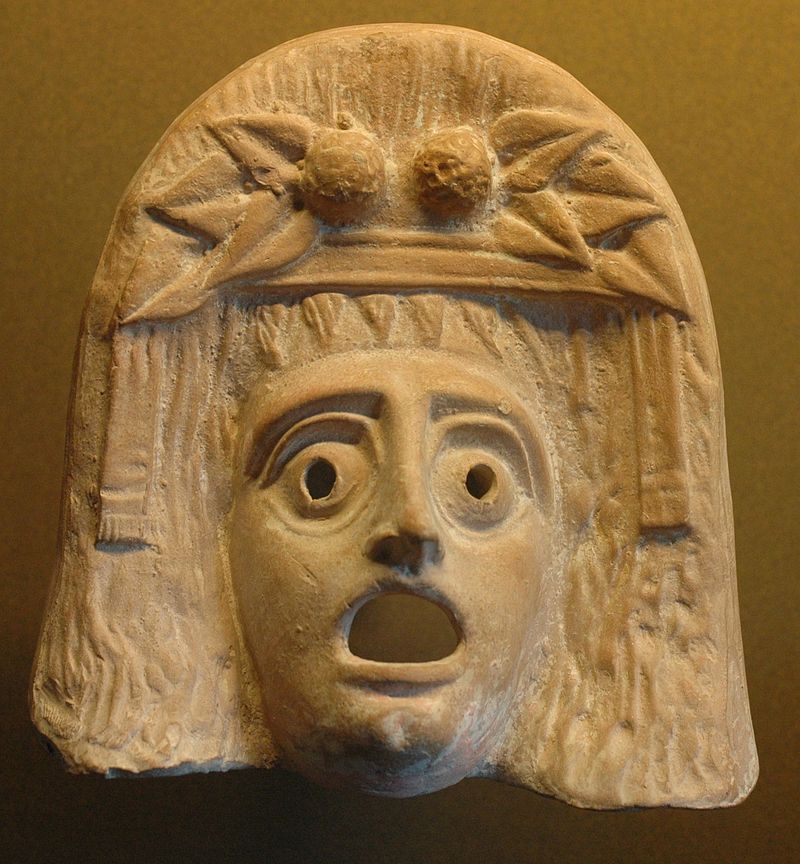 Many who read our Pentagon report on economic warfare want to know "what's next?" Basically, we outlined a three-phased economic attack in 2009 with two of those phases already complete.

Those who have studied these issues almost immediately develop a concern for Phase Three and how it would feel. A very simple answer would be:  Imagine you are Greek.

There is no doubt that Greece faces a serious monetary crisis coupled with overwhelming debt. The good news is that the United States, even with our debt and problems, is nowhere near Greece. But that should not be totally reassuring. Goldman Sachs faced nowhere near the trouble of Lehman Brothers in 2008 but was still caught up in the contagion and was led to the brink of disaster. And, while our nation's financial ills are not to Greek Tragedy levels at present, the trajectory seems awfully familiar (as shown in the chart below from the Washington Examiner based on Congressional Budget Office projections). 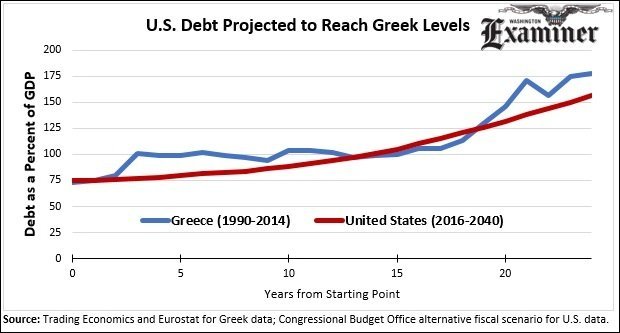 So, before we get too arrogant, we should take account of the "log" in our own eye. If you consider the potential for a global financial contagion and monetary reset, we could find ourselves in Greece's position far sooner than this chart implies. As you can see, Greek debt really took off AFTER the 2008 crisis and had been basically unchanged as a percentage of GDP for nearly 15 years before that.

It is therefore instructive to monitor Greece as a rough proxy for the damage we might face in a third wave attack. What can we learn?

First, there will be shortages. This is happening right now with both food and medicine. The situation is ugly and serious. Just imagine being unable to get life-saving medication.

Second, cash will be in high demand but ATMs might be limited and credit cards may be denied. Right now in Greece, depositors have been limited to taking just 60 Euros of their own money out each day. That is about $66 per account. This alone has made cash King. Many businesses stopped accepting credit cards for fear the banks wouldn't pay them or they would be unable to access the payments. Substitutes for cash have cropped up even in the form of "scrip" and IOUs. Even though the Greeks have a Euro printing press, they really can't solve their problems with it. Perhaps this is why a prominent British fund manager has recently offered the unusual advice to hold physical cash.

Third, banks may take "haircuts" from depositors. This means that if you have deposits, the banking system might just confiscate 30%, 50% or even 70% of the money you thought you had. Once the process get's started it is really hard to stop. This happened in Cyprus (to the tune of 47.5%) and the global monetary players see it as a good way to "bail in" problem economies. It has been discussed in the United States already and the legal framework is already in place.

Fourth, the IMF and some other nations will be against you. Long-standing alliances can shift suddenly. We are seeing Russia court Greece even as most of Europe is pushing hard for further austerity. This is an amazing development and very risky as China and Russia are positioning for gains. Just imagine if we were the nation in the hot seat.

Fifth, there will be a rush to physical gold, silver, and bitcoin. People need something they can use as money. From The Wall Street Journal:

"The U.K's Royal Mint said on Tuesday that in June they saw ‘twice the expected demand for Sovereign bullion coins from our customers based in Greece.'"

Even other European nations have been stocking up on gold coins.

Sixth, there remains a risk of contagion. A Greek Tragedy is NOT priced in according to former Reagan Budget Director David Stockman. None of the signs we would expect to see demonstrating that the world had ring fenced Greece are present. A total collapse would have serious global implications.

Seventh, it would feel like war. From the UK Guardian:

"It is like being in a war without weapons," sighed Alex Aggelopoulos, who runs the Aldemar resort, a chain of hotels in Crete, Rhodes and the Peloponnese."

All of this is a warning of things that could be to come. Essentially, the current problems in Greece illustrate the devastating effects that could result from a Phase Three economic attack. Obviously, Greece is much smaller than the United States and thus the results would be different. Perhaps we can avoid the worst of it? Nevertheless, we should do everything possible to get off the path of overwhelming debt and failure before it is too late. We outlined a strategy to make America great again in our book Game Plan (chapter 12). It's worth paying attention.