Has China Gone Rogue? or Footloose? 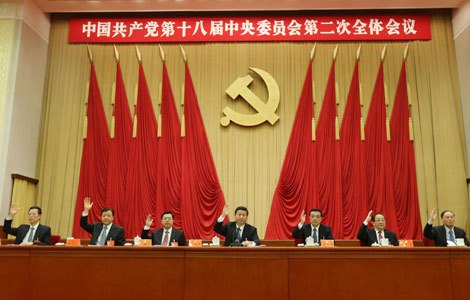 There is so much news regarding China that we will just have to cover a few major points. First, we have long contended that China is not monolithic although it is a very controlled society. These are not mutually exclusive. 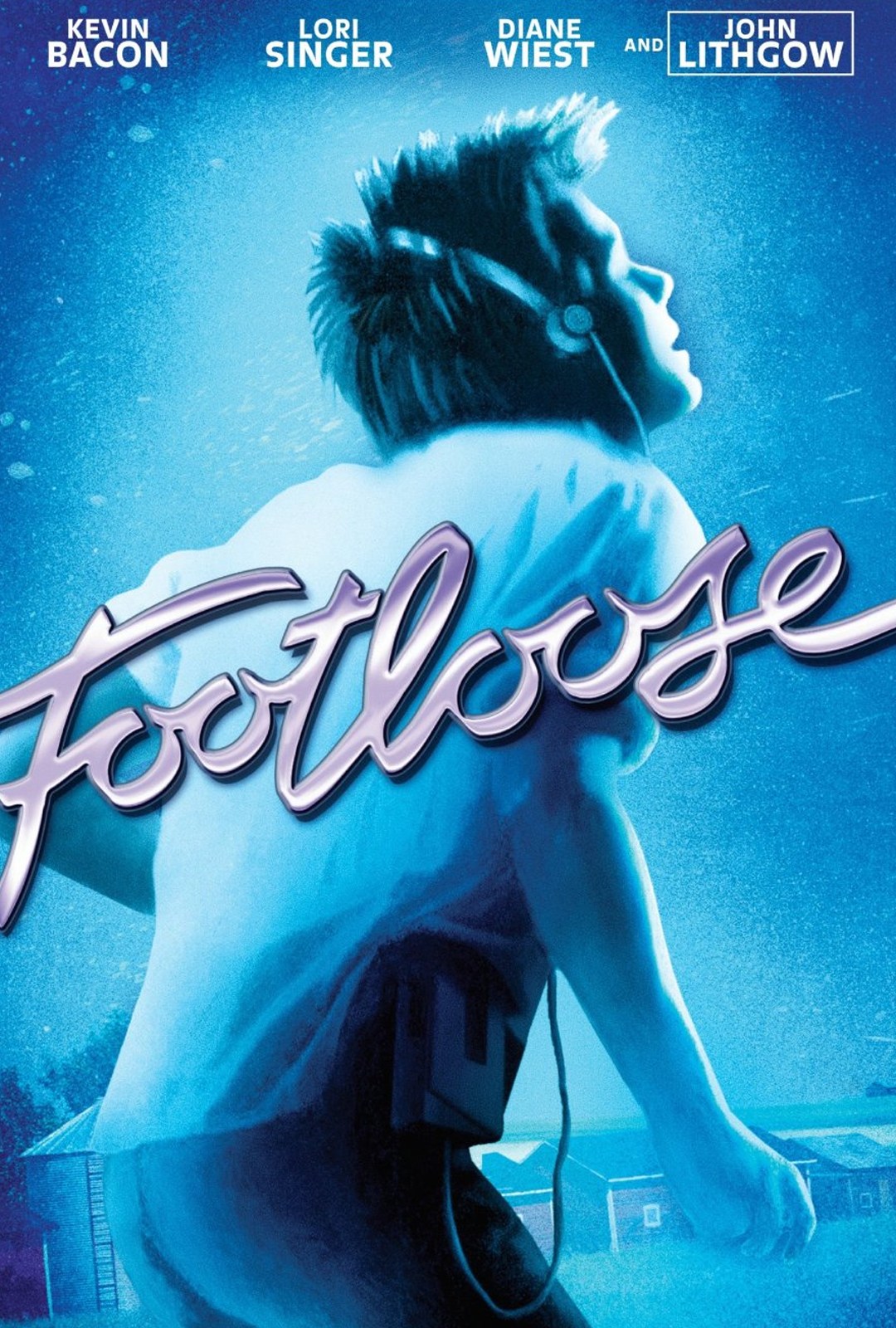 There are at least three major power blocks in China and they are not always in sync. The Chinese Communist Party wields the most official authority. The People's Liberation Army (PLA) may have the most power but not the most authority. And, the business community has proven necessary to China's march to dominance. Occasionally, the Party reigns in the military. But sometimes the military disregards the Party. Both the PLA and Party need the economic engine provided by the business community although the businesses yield the least authority and the least power. There are reports of business leaders who have displeased the Party (or embarrassed them) being swiftly eliminated.

Society is controlled. We know this because China has enforced a strict one child policy that has resulted in parents abandoning or killing children. Sex-selection abortions are common (and tragic). Most recently, the State has cracked down on public dancing. This is the town from Footloose on a national scale with over a billion people.

Where is Kevin Bacon when you really need him?

We do know that the poster child for Chinese economic strength, Alibaba, is really struggling. We warned about Alibaba right as it debuted on the NYSE and then peaked near $120/share. It was a Wall Street darling. Now, it's on the cover of shame in the current BARRONs as the share price fell to $60.

Now, with that in mind, consider some of the other recent China headlines:

"This approach is market-driven, so others will not be able to easily blame China. It is a good solution, and also we will not owe anyone anything for the favor of becoming our partner. The key issue is that China must have people who understand the market well and are good at using the market at the right time to impact the exchange rate of the U.S. currency. Of course, the most important condition is still that China must have enough courage to challenge the U.S. currency. China can act in one of two ways. One is to sell U.S. dollar reserves, and the second is not to buy any U.S. dollars for a certain period of time."

[You should really take time to read this article from Quishi in its entirety as it discusses many matters currently in the headlines including military exercises, encouraging the Saudis to abandon the petrodollar, Space War, public opinion war, etc. And, it fits Putin's master plans to destroy the dollar as well.]

Either way, this could hurt our ability to finance our debt, particularly as interest rates may be increased and the Saudis have also been selling U.S. Treasuries.

When you add all of this together, it does make for the proverbial Chinese curse:  We live in interesting times indeed!

It is important to carefully monitor all of these items, especially what happens if the Chinese do any further selling of their American debt. Interestingly, their substantial selling to date has had few serious repercussions. On the other hand, the dollar and American bonds didn't really rally when the stock market dropped so sharply either. The two forces appeared to cancel out one another at least so far. But there are serious concerns if the Chinese keep selling along with the Saudis and others begin to join them. Couple that with the admission of Secretary Kerry that "there are rumblings" regarding the dollar losing its reserve currency status.

Don't assume that a Fed rate hike will necessarily strengthen the dollar either. There are many other forces at work and history has shown a depreciating currency after a Fed rate hike according to David Kelly of JP Morgan Chase.

And, we are in the midst of a global currency war so it's hard to tell which would be worse, a stronger or weaker dollar. A stronger dollar imports deflation and a collapsing one risks hyperinflation.

Venezuela provides a recent case study of what happens when no one wants your debt and the government has to print money to cover deficit spending. It's not pretty as noted in this Bloomberg report. 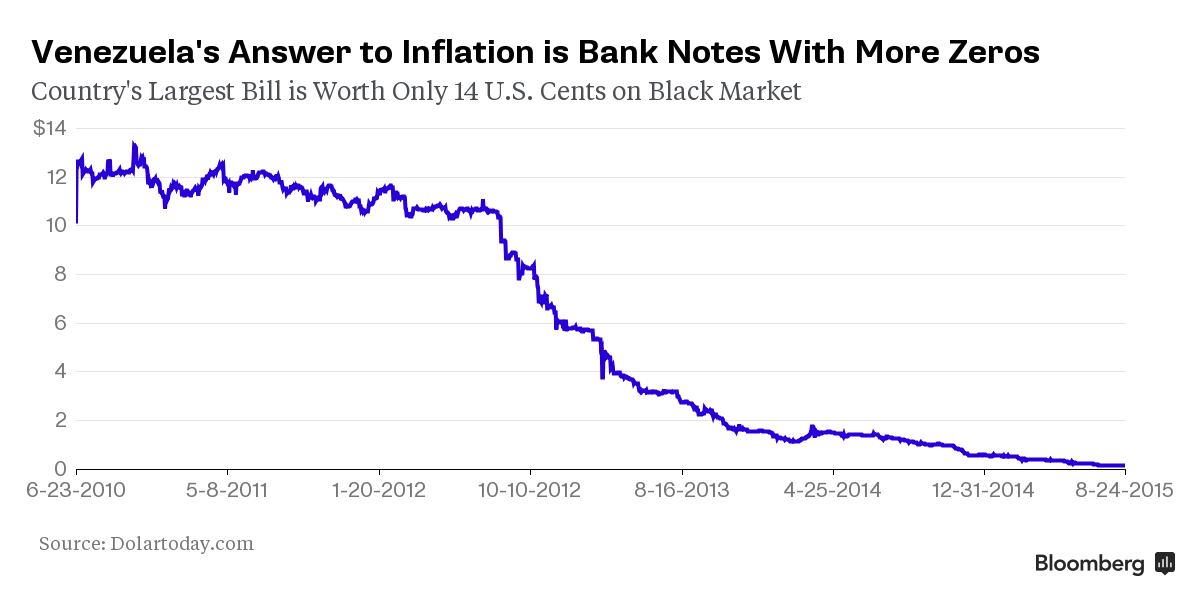 So, are the Chinese simply "in over their heads" with a struggling economy and internal strife? Or, perhaps this is part of a sinister and long-standing PLA plot with Putin to harm America (knowing it would hurt China short term but willing to suffer for greater victory). It's hard to tell at this point and either remains possible. We may learn more when Chinese President Xi visits Washington. But the tea leaves are giving us warnings. The global economy is fragile and economic belligerence is rising. That's not a good combination.