How (and Why) to Weaponize Your Money 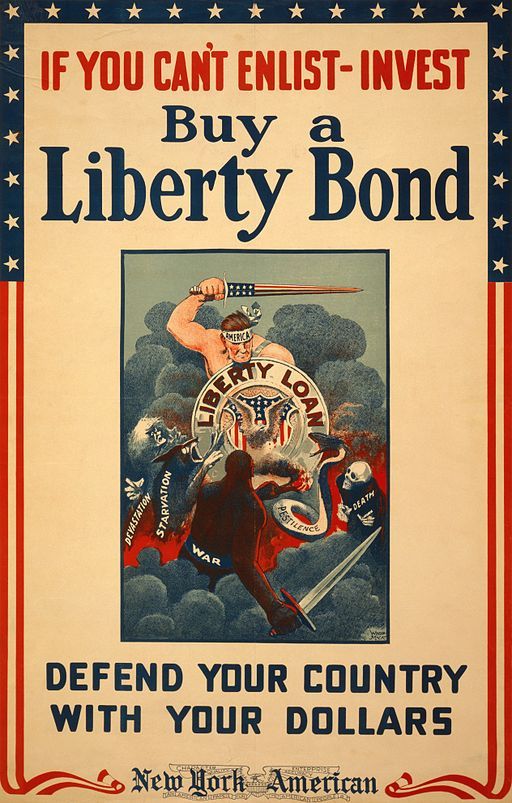 Are you tired of voting right but seeing the change you hoped for being stalled or sidelined? Have you been giving to worthwhile projects but feel like you are not making a dent? The reality is that most Americans have weaponized less than 10% of their money toward preserving our culture and defending our nation.

Our foreign adversaries have fully integrated national priorities with their economy. Thus, when China acts, it is in the interest of and for the benefit of the Chinese Communist Party or the People's Liberation Army (PLA). There is a 2015 Chinese national security law that essentially mandates that. Thus, it is very hard to tell what the motive is behind the actions of any Chinese company.

Here are some excerpts from a ForeignPolicy.com article that highlight the concern:

We Can't Tell if Chinese Firms Work for the Party

Huawei claims to be an independent firm, but China's own laws mandate a different reality.

… Western governments should not automatically conclude that Chinese companies are acting as agents of the party because such firms are ultimately still in charge of their own business decisions. But the lines have been dangerously blurred. Chinese domestic laws and administrative guidelines, as well as unspoken regulations and internal party committees, make it quite difficult to distinguish between what is private and what is state-owned.

Foreign companies and governments began paying closer attention to China's domestic regulations on the relationship between the company and the state in 2015, when China's National Security Law came into effect, and the next year, when a Cybersecurity Law was enacted. The National Security Law requires all parties, including citizens, state authorities, public institutions, social organizations, and enterprises, "to maintain national security." More specifically, and worryingly for the telecommunications industry, Article 28 of the Cybersecurity Law states that network operators, which include telecommunications companies such as Huawei, have to provide "technical support and assistance" to government offices involved in protecting national security. U.S. government officials, including at the FBI, interpreted this vague language to mean that all Chinese companies, including Huawei, are subject to the direct orders of the Chinese government …

[TO CONTINUE READING at ForeignPolicy.com…]

In other words, in China, the State can weaponize any investment or company as they decide for National Security purposes. Of course, this raises a serious problem for American shareholders of Chinese companies. Are we funding our enemies? This is the subject of the next Episode of Economic War Room with Kevin Freeman on BlazeTV. If you are a BlazeTV subscriber, be certain to watch Episode 41 (Underwriting our Enemies). If you are not yet a subscriber, get a FREE TRIAL at EconomicWarRoom.com. You should also download the FREE Economic Battle Plan™ that goes with this episode. Here is a short video clip from the show.

We should all agree that it makes no sense to fund those who seek to destroy us or at least supplant our way of life. And it should be pretty clear when we are dealing with foreign adversaries. In the old days, you would show your patriotic spirit with the purchase of War Bonds. We would never have funded our enemies. Now, however, most Americans view the world as an investment opportunity, national security be damned. That is very short-sighted thinking!

"What we see as a marketplace, our enemies view as a Battlespace."™

Fortunately, the Trump Administration is the first in my lifetime to recognize the China threat. They recently placed some export controls and other restrictions on some Chinese firms (especially those regarding supercomputers) in order to protect us. This is significant because China has clearly weaponized their IT infrastructure and used the marketplace to infiltrate our nation and our allies. We absolutely must recognize that how we spend money and with whom we do business is a matter of national security.

We must also recognize why the Oath of Office requires that we defend our Constitution against all enemies, foreign and domestic. This is because we not only have foreign enemies but also domestic ones. In some obvious cases, these enemies are actually subversives placed here or funded by foreign enemies. This may mean outright espionage, or it could be a more subtle cultural or educational influence. Sometimes, our enemies simply look to provide economic incentives for their views.

Many people don't realize or understand that there were widespread efforts in the 1930s from Hitler's Nazis to undermine our culture using education and media. Naive Americans willingly accepted Nazi propaganda. More recently, it has been shown that Facebook was used by Russia to undermine our harmony as a nation before the last election. Sadly, these efforts have consequences.

A very sad example came out today where American labor has been weaponized ideologically against the interests of American national security and humanity. There is this massive debate and the Administration is seeking bi-partisan support for funds to better protect our border and better care for those who illegally cross it. But many on the left refuse. Why? I suspect their political agenda is heavily influenced by foreign enemies, whether they know it or not.

It is very disheartening to see a worker walkout at Wayfair because employees don't like the idea that the company would sell furniture for migrant detention facilities. Presumably, these would be the same people who are upset that migrant children don't have enough proper beds. Talk about hypocrisy.

Of course, when the Trump Administration first warned of a crisis, Democrats ignored the reality and ridiculed him. They refused any border funding. Now that the crisis is too obvious to ignore, they blame him. Even worse, they protest his efforts to fix the problem and try to stop American companies like Wayfair from being part of a solution. they even falsely showed photos as proof that Trump doesn't care. The fact is that the photos were from the Obama era, not Trump. And the "cages" were Obama's idea.

The main point, however, is that Wayfair employees do not want their economic effort benefitting the policies of a duly-elected President, even if that effort also would clearly provide decent bedding to illegal immigrants. Apparently, though, these same employees have no problem with selling Chinese-made goods. That seems pretty much upside down.

You are no doubt aware that the Progressive Left is all about weaponizing their money as well as the force of government to stifle free speech and economic activity. They have, for example, called for boycotts of Chick-fil-A and worked to get Chick-fil-A banned even from airports. They worked to fine and bankrupt Sweetcakes by Melissa because the bakers would not sacrifice their personal faith on the LGBTQ altar. According to recently released videos from Project Veritas, we know that Google employees are secretly intent on pushing their political agenda and prevent President Trump's reelection. And, we have the socially driven coffee companies.

So, here's the question. Are your coffee and social media habits funding the other side politically? Is your money being weaponized by those who oppose your personal values?

The reality is that most Americans align less than 10% of their discretionary money with their values. This is usually their tithe or personal giving. The other 90% is used solely for economic purposes, whether necessity spending, whims, or investments. This means that we are missing 90% of the impact we could be making. For example, your spending should align with your values. And your investing should also.

The Wayfair employees are clear in using their personal economics to reflect their values. While I disagree with them politically and think they are very misguided, I do respect their willingness to stand for what they believe. There's a whole industry being built of so-called socially responsible investing (SRI) that supports sustainability and environmental causes. Total assets are reported as high as $12 trillion. But where are the funds to preserve the Constitution and defend Western Civilization? To preserve free speech, freedom of religion, and the 2nd Amendment?

Sadly, most on the conservative side blindly go along with the flow, unaware of how to stand for what they believe. Voting is good but insufficient. Giving is good, but not enough. We must learn the lesson from World War II and Defend Our Country with Our Dollars as well, both in spending and investing.

The hard part is determining how to weaponize your money to align with your values. People need help in this regard. That's why the Economic War Room is developing a training program for financial advisors (visit EconomicWarRoom.com/advisor to nominate your advisor for training). We believe that with training, your personal advisor will be better able to help you weaponize your money. You can learn how to spend and invest your money to help preserve your values and America's security for future generations. This is our duty. remember what President Reagan famously said. Freedom is only one generation away from extinction. It's up to us to preserve it and pass it along.