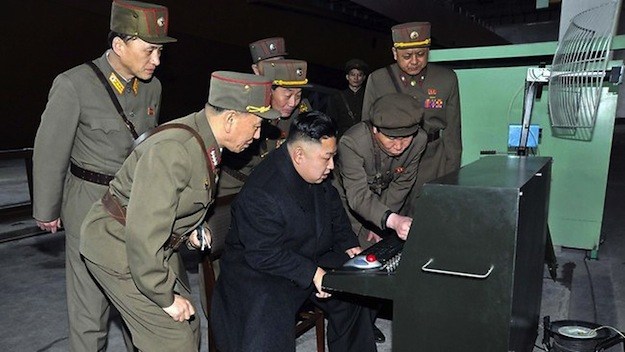 Arrogance, willful blindness, and normalcy bias have unfortunately prevented the American people from recognizing genuine threats we are facing. Case in point is North Korea. Many consider the underdeveloped communist state to be too backward to really impact the great and mighty USA. That view is sadly wrong.

We have already written about North Korea's use of counterfeiting to undermine our economy and bolster theirs:

Likewise, we have written about the EMP threat from North Korea as well:

In combination, these (efforts to undermine the dollar, an EMP capable of destroying our electric grid, and cyber attacks) are three of the top economic warfare threats we face regardless of enemy. The fact that North Korea possesses the capability to attack in all three dimensions demonstrates the extreme albeit unrecognized nature of the vulnerability.

"I was remiss in not noting cyber as one of the asymmetric threats that North Korea is developing and they are developing a cyber [attack] threat as well," Army Gen. Curtis M. Scaparrotti, who is also United Nations forces commander in South Korea, told the House Armed Services Committee April 2 . . .

"North Korea employs computer hackers capable of conducting open-source intelligence collection, cyber-espionage, and disruptive cyber-attacks," he said. "Several attacks on South Korea's banking institutions over the past few years have been attributed to North Korea. Cyber warfare is an important asymmetric dimension of conflict that North Korea will probably continue to emphasize— in part because of its deniability and low relative costs."  . . . The Pentagon first disclosed some aspect of North Korean cyber warfare capabilities in a report to Congress made public in March.

"Given North Korea's bleak economic outlook, [offensive cyberwarfare operations] may be seen as a cost-effective way to develop asymmetric, deniable military options," the report said.  [To Continue Reading this article….]

This is a very recent revelation making headlines only this week.

On the heels of that, it also was just leaked today that a secret DHS report acknowledges North Korea's EMP capability:

North Korea has the capability to deliver on its threats to carry out a nuclear electromagnetic pulse attack on the United States, it has been claimed.

Dr Peter Vincent Pry, executive director of the Task Force on National and Homeland Security, has reportedly seen a long-suppressed government report that concludes North Korea is capable of using an Unha-3 rocket to carry out an attack on the U.S..

He says the U.S. would be particularly vulnerable to such an attack, as any rocket from North Korea is likely to travel over the South Pole and approach from the south – something American missile defences would apparently be powerless to stop.

Dr Pry made the claims in an interview with the World News Daily website, in which he was quoted as saying: ‘The North Koreans are seeing what they can get away with… It shows that Pyongyang is planning something big against the U.S.'

Dr Pry's Task Force on National and Homeland Security advises U.S. Congress on matters of defence, and he was also formerly the head of the Congressionally-mandated EMP Commission, which looked into the threat of electromagnetic pulse attacks.

He told the website that he had seen a long-suppressed report prepared by the Department of Homeland Security for the Defense Department that apparently concludes that the best defence the U.S had against a North Korean attack would be to destroy the rocket on the launch pad . . . [Read more at Mail Online…]

The third area, counterfeiting the dollar, is beyond dispute and has been well documented. Here's just one example from last year:

BY JOHN HUDSON APRIL 29, 2013 FOREIGN POLICY
North Koreans are so good at counterfeiting the dollar, U.S. policymakers have actually considered halting production of the $100 bill. "These ultra-counterfeits are light-years beyond the weak facsimiles produced by most forgers, who use desktop printers," wrote Time magazine's David Wolman last year. "With few exceptions, only Federal Reserve banks equipped with the fanciest detection gear can identify these fakes." [To read the entire article….]

[It is interesting to note that besides counterfeiting, cyber hacking was considered another of the seven core talents of North Korea by Foreign Policy magazine.]

Bottom Line: North Korea, clearly a geopolitical adversary (albeit too often dismissed as a credible threat), has verifiable economic warfare capabilities. If North Korea is a serious threat, just imagine the capabilities of Russia and China. We cannot afford to dismiss these risks.

The next war will be fought with economic weapons first. How will this impact you? Are you prepared? Do you have a Game Plan? If not, check out http://secretweapon.org to learn more. 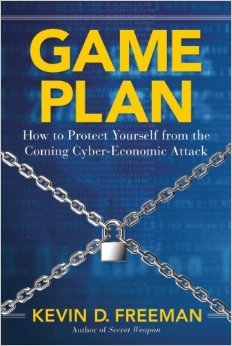