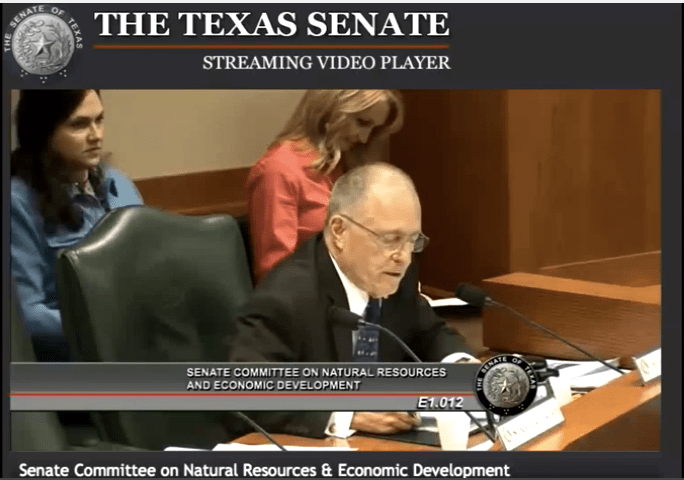 The following is shared from Secure the Grid's website. Kevin Freeman and Frank Gaffney testify (video provided). In addition, you can hear the reasoning behind the Electric Utility opposition. It's not very strong–the Utility industry representatives simply don't want anyone looking over their shoulders addressing the problem and call it "another layer of bureaucracy." Yet, they admit there's a real problem and don't seem to have any proactive plans to address it. SB 1398 is a great first step in holding the industry accountable for protecting citizens from a very real catastrophic threat. There is an "action item" at the conclusion for how you can help Texas protect the Grid. And, even if you are not in Texas, if Texas passes this legislation, it will help protect America. So, watch the videos, draw your conclusion and place calls if you agree with the need for this legislation. [Note, there is also a bill in the Texas House sponsored by Rep. Tan Parker. We will provide details on it as well soon.]

APRIL 24, 2015
Texas Senator Bob Hall hears testimony on Senate Bill 1398 from Kevin Freeman and Frank Gaffney of the Center for Security Policy before the Natural Resources & Economic Development Committee of the Texas Senate. SB 1398 sets scientific and security based standards for electrical grid protection higher than the self-regulating industry standards. Under current regulations there is no goal to make the Texas grid withstand and recover from a catastrophic system wide event.

The Texas hearing serves as a vignette for the one of the most fundamental reasons that the nation's electrical grid is not protected to a level that keeps the public safe in proportion to known threats for which the military has been protecting its critical infrastructure assets for decades. Namely, that those responsible are self-regulating for quarterly earnings interests and not public safety interests. Because the electrical grid is privately owned, the government does not have the power to set realistic safety standards under current law.

Here we also see the testimony of the president of the Association of Electric Companies of Texas testify against the bill. Electrical utility associations predictably lobby against safety regulation of critical electrical infrastructure often against the interest of their members and share holders arguing that they have everything under control. In the video you can see that the electrical utility representative acknowledges the threats addressed in the legislation but is unable to claim that the Texas grid is protected under the current regulatory regime.

"We have everything under control"

If you would like to express support for SB 1398, call the committee members at the numbers below.