If Your Denials Are Genuine, Why China Would You Risk a Trade and Currency War? 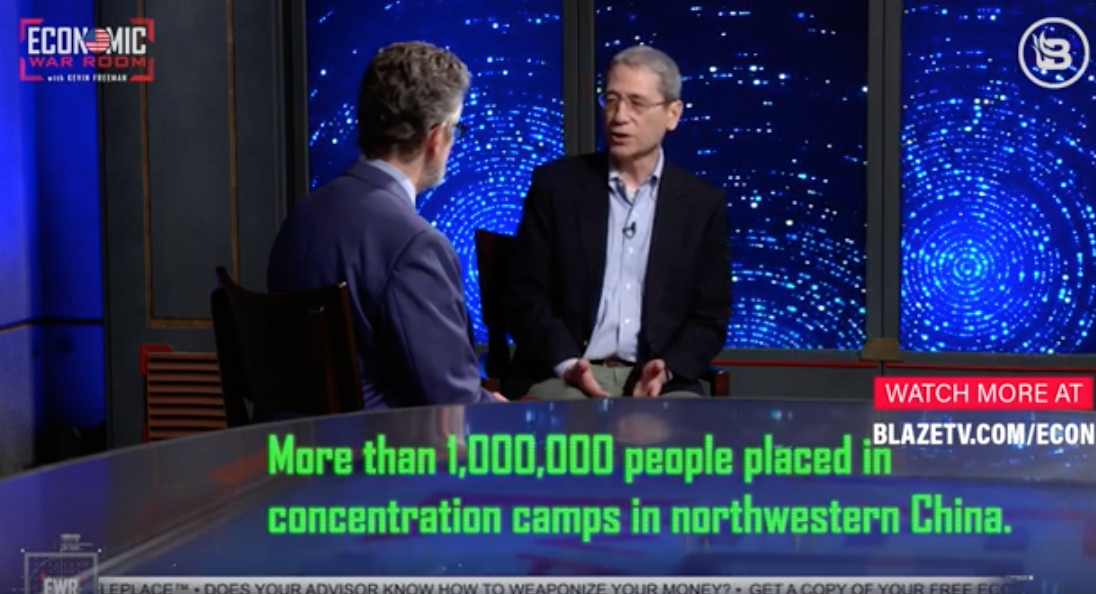 The Chinese government is working overtime to make a case that they are doing nothing wrong and that this is all Donald Trump's fault. They have been out in force to say that they don't hack or steal intellectual property. They "USED TO" take human organs from living victims and sell them, but they want to assure us that this no longer happens. In short, they are doing everything they can to say that they are now the good guys.

As Gordon Chang shared in the Economic War Room, however, they are not the good guys. They are our greatest external threat and if you listen more closely, they have admitted this.

Funny, but there are some who will take their word that they are the "good guys" over the truly woke concerns of trading partners, former corporate partners, and human rights advocates. I suspect that some do so because they have been compromised, bribed, or threatened.

Today, a former Department of Homeland Security cyber official made the rounds explaining that Huawei is not a threat or even a risk, at least he claims, "not any greater than any other foreign telecom company." Could he be compromised by his highly-compensated position as Huawei's security chief? Probably no more so than Joe Biden is compromised by the $1.5 billion contract the Chinese provided to his son Hunter Biden.

Remember that Huawei claims to be employee owned, but press reports show employees may own 1% and the Chinese government controls 99%.

Here is my question. Why is China so desperate to force Huawei on the world that they are willing to risk a trade war, currency war, and economic isolation? If one of our telecoms or equipment suppliers were shut out over credible claims of spying by Australia, Russia, or Germany, would our government go to the mat on their behalf and risk disrupting the global economy? I don't think they would. Needn't worry. According to our top General, companies like Google don't want to work for our government. But sadly, they seem more than willing to work for China.

The Chinese can claim that they aren't a security risk. The problem for China, however, is that the evidence of their economic warfare is overwhelming and very well documented. If there is any risk from every foreign telecom company, as this Huawei executive seems to imply, then you absolutely should not want a Chinese-controlled company in your network. With the coming of 5G, the threat becomes existential.

The very fact that China is so insistent that we adopt Huawei equipment is strong evidence that there is something truly amiss here. This is not a purely economic effort. If it were, they would not offer predatory pricing around the world with such eager abandon. Their entire Belt and Road program seems to be built on debt traps and economic cooption.

Remember, the African Union chose Chinese contractors to build their new headquarters based on good prices and financing. Then, they reported that the communications were entirely compromised by the Chinese. China is a nation intent on spying on its own people with an extensive domestic surveillance network and punishment for any violations. Are we to believe they aren't intent on monitoring communications wherever and whenever they are able? We have other examples where the Chinese belt and road is de facto colonization with the ports bankrupted and ending up under Chinese ownership. The dangerous Chinese objective seems to be to subjugate the rest of the world by displacing American leadership.

So, here's an offer. China, why don't you agree to stop stealing IP, and then really stop. Give us a reasonable way to verify that you kept your word (cause last time you promised, a large percentage of American companies clearly said you broke that promise). Then, immediately end the forced-technology transfers. We will know. Open your markets and stop all unfair trade practices. Actually end the human rights' violations, including fully rescinding the tragic one- or two-child policy and ending organ harvesting from dissidents in a verifiable way. Pull back your troops from the Hong Kong border and fully abide by your "one country, two systems" promise. Instead of pushing Huawei and ZTE, why not make purely financial investments and allow other nations to select any telecom equipment supplier they would like?

All we are really asking is that you keep your promises. And if you were to genuinely do that in a verifiable way, you could be warmly welcomed back into the community of nations and trading partners. The fact that you are unwilling to do these things creates great concern that your motives are much, much worse than you claim. Your history, the evidence and the best judgment of multiple intelligence agencies around the world all point to the truth. So does the fact that a huge percentage of Hong Kong citizens are putting themselves in harm's way to protest.

President Trump is NOT the problem. In fact, he's boldly and properly standing for the security and economy of the free world. No matter what you might think of him otherwise, he is providing genuine leadership in this critical issue of our day.