Important Progress in Protecting the Grid! 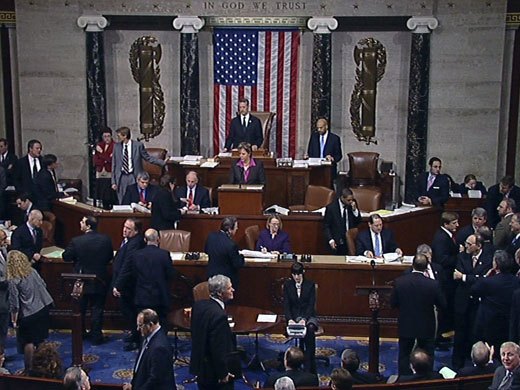 In this blog and in our book Game Plan, we have made a strong point that the Electric Grid must be protected from EMP, cyber attacks, physical attacks, or natural disaster.  I've worked with Frank Gaffney and others from the Secure the Grid coalition and served on their team of experts to address this serious concern.

The great news is that the United States House of Representatives has finally taken serious action to protect our nation! This is only the first step but is an important one.

This is especially timely as Detroit suffered a major power outage today.

Here are a few things we have written in this Blog regarding threats to the Power Grid:

The EMP Threat is Being Recognized…Finally

World War Three is Underway and it is Cyber-Economic

We Survived the last Friday the 13th! But Can We Survive the Next Coronal Mass Ejection?

The good news is explained in the following Press Release:

(Washington, D.C.): Last night, the House of Representatives approved unanimously H.R. 3410, the Critical Infrastructure Protection Act (CIPA). This legislation marks a breakthrough: For the first time in four years, Congress has acted to begin to protect the nation's most critical of critical infrastructures: the U.S. electrical grid. It now falls to the Senate and to President Obama to ensure that the House-passed bill becomes the law of the land.

The CIPA legislation requires the Department of Homeland Security to:
include in national planning scenarios the threat of electromagnetic pulse (EMP) which would entail the education of the owners and operators of critical infrastructure, as well as emergency planners and emergency responders at all levels of government of the threat of EMP events;
engage in research and development aimed at mitigating the consequences of naturally occurring or man-caused EMP events; and
produce a comprehensive plan to protect and prepare the critical infrastructure of the American homeland against EMP events.

The U.S. electric grid is fundamental to our continued way of life and practical steps must be taken to protect those critical elements that serve the United States from all threats. The negative impacts on U.S. financial, agricultural, medical and other critical societal infrastructure are potentially catastrophic in a severe electromagnetic pulse (EMP) or severe space weather event.

By some estimates, nine out of ten Americans would perish if the power were to go off and remain off for a year's time.

The Secure the Grid Coalition is committed to ensuring that does not happen. The Coalition is a group of national leaders in matters of defense, homeland security, solar weather, infrastructure protection and other experts who have joined forces for the purpose of achieving urgently the protection of power grid upon which the nation, its people, economy and the Department of Defense depend.

Under the honorary co-chairmanship of former House Speaker Newt Gingrich and former Clinton Director of Central Intelligence R. James Woolsey, the Secure the Grid Coalition has been active in educating lawmakers and their constituents about the nature of the various threats to the nation's bulk power distribution system, including but not limited to EMP. Among other efforts in that regard was influential testimony provided before the House Homeland Security Committee earlier this year by two members of the Coalition: Dr. Peter Vincent Pry, of the Congressional Task Force on National and Homeland Security, and Dr. Chris Beck, Vice President of the Electric Infrastructure Protection Council.

The Center for Security Policy sponsors the Secure the Grid and its President, Frank J. Gaffney, Jr. applauded the passage of H.R. 3410 last night, saying:

Yesterday, the House of Representatives took an important first step towards protecting America's electrical grid – and millions of its people whose lives critically depend upon it – from attack or naturally induced destruction. That planning will hopefully make clear the necessity of taking steps to secure the grid before these things happen, rather than try to cope with the consequences afterwards.

Secure the Grid Coalition members are available for comment on the passage of the Critical Infrastructure Protection Act in the House of Representatives and about the considerable work still to be done to harden the electrical grid against all hazards. More information can be found at www.securethegrid.com.

The Center for Security Policy is a non-profit, non-partisan national security organization that specializes in identifying policies, actions, and resource needs that are vital to American security and then ensures that such issues are the subject of both focused, principled examination and effective action by recognized policy experts, appropriate officials, opinion leaders, and the general public. For more information visit www.centerforsecuritypolicy.org.

So, here are our ACTION ITEMS:

Of course, at this time of Thanksgiving, we should first pray and thank God that we haven't been hit so far (with either a successful terror attack or natural disaster), asking His mercy to protect us as we take action to secure the grid.