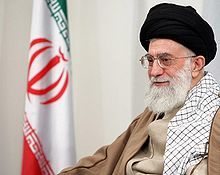 Make no mistake. There are enemies of the United States and they are developing cyber-economic means to attack us. Case in point, Iran.

We've told you about Iranian efforts to attack our financial system:

The Cyber Threat is another aspect of Global Economic Warfare.

We've told you about Iranian efforts to develop an EMP weapon:

An EMP Attack Would Be Economic Warfare.

We've told you about Iranian claims of Secret Weapons:

Now, add to these thoughts the following recent revelations:

1. Iran has successfully hacked our Navy's systems. From The Wall Street Journal this morning (2/18/14):

WASHINGTON—Iran's infiltration of a Navy computer network was far more extensive than previously thought, according to officials, and the officer who led the response will likely face questions about it from senators weighing his nomination as the next head of the embattled National Security Agency. [To read at The Wall Street Journal (subscription required).]

2. Iran has been probing our naval defenses. From Fox News:

A senior Iranian naval commander says his country has sent several warships to the Atlantic Ocean, close to U.S. maritime borders for the first time.

The commander of Iran's Northern Navy Fleet, Admiral Afshin Rezayee Haddad, is quoted by the official IRNA news agency as saying Saturday that the vessels have already begun the journey to the Atlantic Ocean via waters near South Africa.

"Iran's military fleet is approaching the United States' maritime borders, and this move has a message," Haddad reportedly said, according to Fars, a semi-official Iranian news agency.  [To read at Fox News.]

3. Some believe that this may be a test run for a possible EMP account. According to the Washington Examiner:

Iran's surprising decision to move warships off the Atlantic coast poses a potential catastrophic threat to America from a nuclear or electromagnetic pulse attack, according to an expert who foresaw Iran's move.

Peter Pry, an expert on EMP attacks, said the ships are likely a dry run for a future attack, a maneuver meant to lull Washington into complacency while also embarrassing President Obama and his effort to convince Tehran to give up production of a nuclear bomb in return for a lifting of some economic sanctions.

"Yes, patrols by the Iranian Navy off our coasts could pose threat of a surprise EMP attack," said Pry, who with others such as former CIA Director R. James Woolsey, has convinced several state legislatures to take moves to harden their electric and energy grids from EMP attack because Washington won't. [To read at The Washington Examiner.]

4. Then, there is this threat as covered in The Daily Caller:

Iranian commander: We have targets within America

A top commander of Iran's Revolutionary Guards boasted Saturday that his forces have plans in place to attack the United States from within, should the U.S. attack the Islamic Republic.

"America, with its strategic ignorance, does not have a full understanding of the power of the Islamic Republic," Brig. Gen. Hossein Salami said in a televised interview. "We have recognized America's military strategy, and have arranged our abilities, and have identified centers in America [for attack] that will create a shock." [To read at The Daily Caller.]

5. Finally, the preparations for Cyber War are declared openly as reported in Russia Today (RT):

The supreme leader has urged his country's students – whom he called "cyber war agents" – to prepare for battle, the semi-official Mehr news agency reported Wednesday.

"You are the cyber-war agents and such a war requires Amman-like insight and Malik Ashtar-like resistance. Get yourself ready for such war wholeheartedly," wrote Khamenei.The supreme leader was referring to two of Prophet Mohammad's warrior companions in early Islamic history. [To read at RT.]

When you put this all together, it becomes obvious. We have enemies and they have cyber-economic means with which to attack us. Make no mistake. This is a global economic war.