Is Putin Running Out of Gas?

The Weekly Standard has an insightful article in the 27 May Edition. Here is the headline with a couple of choice excerpts: 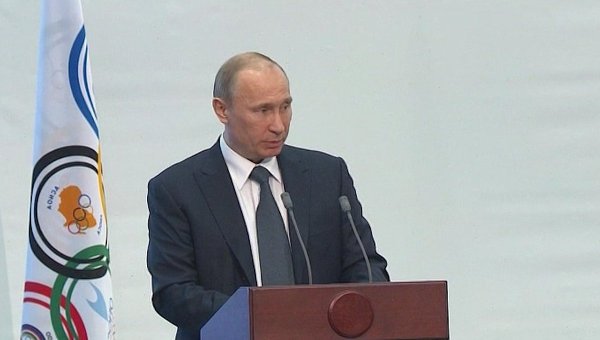 Is Putin running out of gas?

The Cold War is now so over that it might as well be grouped with the ancient ice ages, but there is one echo rolling across Europe from East to West: the Russian attempt to dominate the natural gas market on the European continent. As the energy sector accounts for 25 percent of Russia's economy, any large changes in energy markets present major challenges for Vladimir Putin. Those old enough to recall the Soviet gas pipeline controversy of the early 1980s​—​a high-profile fight of the Reagan administration to deprive Moscow of hard currency​—​are right to have a feeling of déjà vu, as Putin's motives transcend honest commerce . . .

Gazprom is the linchpin of Putin's political and economic strength. The state-controlled natural gas conglomerate is a huge source of revenues for the Russian budget, but also a slush fund for Putin's clan—the corrupt network of power-political and economic relationships that rules Russia today. Immediately after coming to power in 2000, Putin moved to put the company under his direct control . . . It is widely believed that Putin makes all of the key Gazprom decisions himself . . .

Sitting on 18 percent of the world's current proven gas reserves (a percentage that shrinks with each new discovery elsewhere), Gazprom became one of the largest companies in the world . . .

Only five years later, this radiant vision of Gazprom's future is just a mirage . . .

For years Gazprom and Kremlin propaganda have done their level best to scare the Europeans away from shale gas exploration. Alternatively dismissing it as a Hollywood invention or conjuring up an ecological apocalypse, the Kremlin seemingly believed that it can wish this threat away, despite evidence of the massive impact of the shale gas revolution in America. Early on, things seemed to go their way, with France and Bulgaria imposing a moratorium on shale gas exploration. No longer. With Great Britain now allowing fracking and Germany's government submitting a draft law to do the same, the genie is out of the bottle. It's only a matter of time before European countries begin exploiting their domestic shale gas fields, posing yet another challenge to the Russian monopolist.

What accounts for this dramatic turn for the worse in Gazprom's prospects in just a few years? The short answer is that Gazprom is not and has never been a genuine commercial company interested in creating value for its shareholders. But neither is it a real state company. The prominent Russian expert Mikhail Krutikhin, from the independent energy consultancy Russ-energy, has put it succinctly: "Gazprom is not a state company because the interests of the national economy are completely alien to its leadership. It is an instrument for a limited circle of people to receive profits."  . . .

Putin's grand scheme of strong-arming Ukraine, Poland, and others and making Europe ever more dependent on Russian gas has not only failed but seriously endangers the gas monopoly's very existence . . .The financial flop of the Soviet gas pipeline in the 1980s contributed significantly to the eventual collapse of the evil empire a few years later; the prospective collapse of Putin's energy strategy may similarly hasten the demise of his evil empire lite.

Alex Alexiev is chair of the Centre for Balkan and Black Sea Studies in Sofia, Bulgaria, and a senior fellow at the International Assessment and Strategy Center in Washington. Steven F. Hayward is the Thomas Smith fellow at the Ashbrook Center at Ashland University.

To read the FULL ARTICLE, visit The Weekly Standard….

Alex and Steven have done a terrific job explaining the situation. It is important to read their entire article at The Weekly Standard for full context. Now, having read that, please review what we have written about Soviet and Russian attempts to use environmental regulations in America and Europe to achieve their geopolitical objectives:

There should be no doubt that Putin understands we are in a global economic war. Follow the money. Learn how and why he would use environmental regulations as a weapon in that warfare.