Is The Entertainment Industry a Modern Tool of Chinese Economic Warfare? 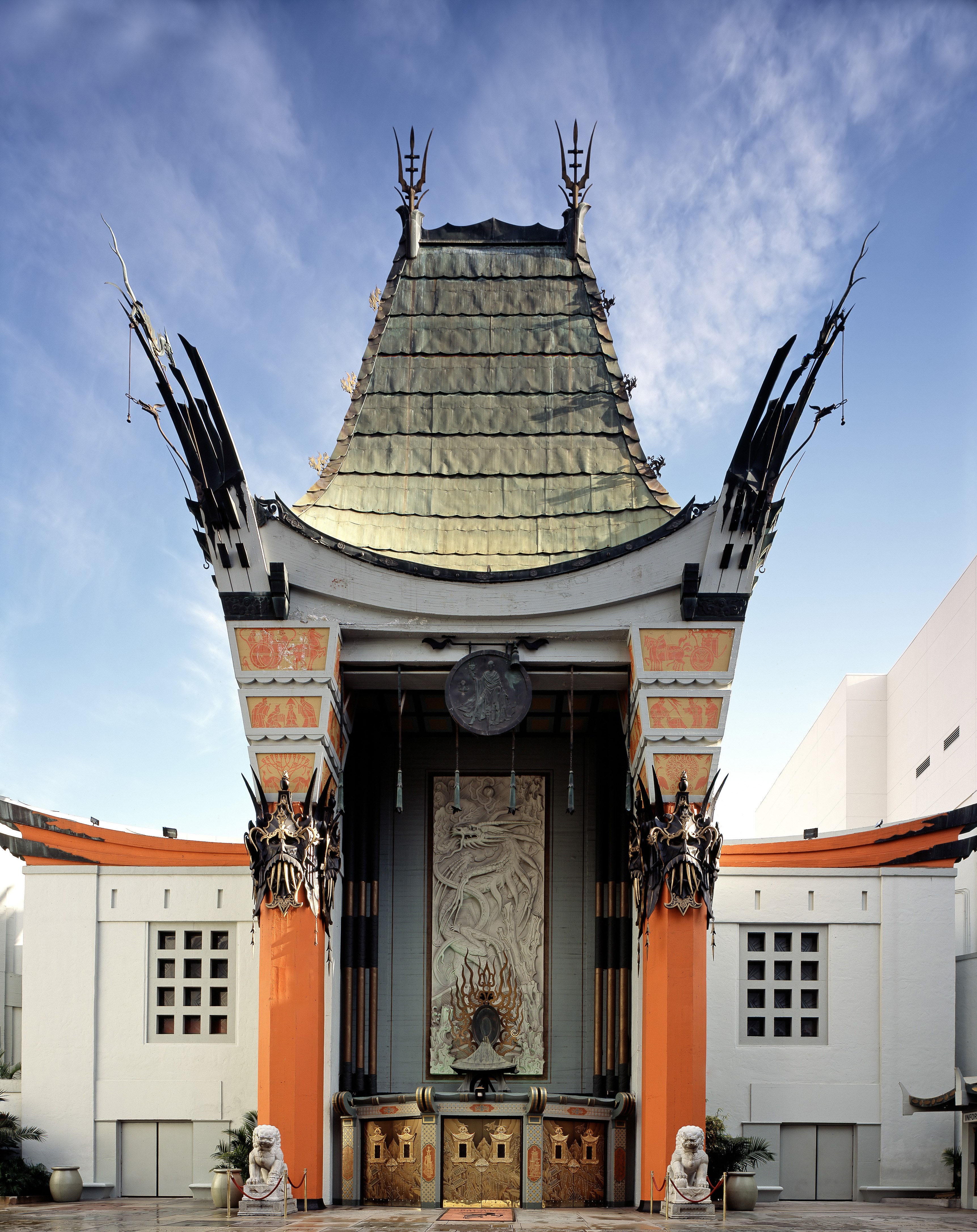 Maybe the most famous movie theater in America is Grauman's Chinese Theatre on Hollywood Boulevard. It stands as an icon of the film industry. Although the actual theater is as American as they come (Chinese in name only), its name is a kind of metaphor for a cultural weapon being waged in the global economic war.

I'm reading a fascinating and informative book by Dr. Jeff Myers of Summit Ministries titled Understanding the Culture, A Survey of Social Engagement (third in a terrific series). Dr. Myers makes the point that culture is upstream of politics and politics is upstream of life in many ways. What this means is that if you can sway the culture, you can control the politics and the future of a nation. The Chinese Communists under Chairman Mao recognized this and attempted their own manufactured cultural revolution for a decade starting in 1966. In the West, we believe that our culture ultimately won out with freedom, free enterprise, and capitalism as the triumphant. 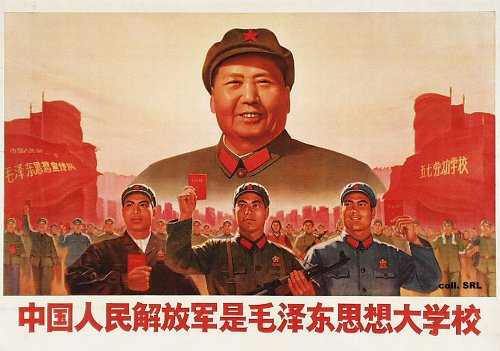 The only problem with that thinking is the fact that the culture war rages on. Much of the Islamic world argues that Western culture is too decadent and must be replaced by strict adherence to Shari'a law. Our own political correctness attempts to punish freedom of speech and thought. And, socialism has gained an incredible cache among our young people (how else can you explain Bernie Sanders?). We may have won a cultural battle but the war continues to rage and we appear to be losing.

In Chapter 7 of Understanding the Culture, Dr. Myers provides a very powerful insight. He explains how entertainment is upstream of culture and thus greatly influences life:

"I've always tried to be aware of what I say in my films, because all of us who make motion picture are teachers," Star Wars producer George Lucas says, "–teachers with very loud voices. Entertainers teach by telling stories that shape peoples' views of reality. Every one of these stories, Brian Godawa reminds us, "is informed by a worldview. Many entertainers relish the power this gives them. Courtney Love, a singer who was married to the late Kurt Cobain said, "I feel like I have a duty. I as an architect have a need to impose my worldview on the culture."

In fact, the entertainment culture itself has become so influential that in some ways it forms its own worldview, its own pattern of ideas, values, behaviors, and habits. Says movie critic Neal Gabler, "It is not any ism but entertainment that is arguably the most persuasive, powerful, and ineluctable force of our time–a force so overwhelming that it has finally metastasized into life. Whatever the case, there is a battle of worldview in the entertainment culture, and it affects each of us every day."

The Battle for Hearts and Minds

The arts have long been noted for their mesmerizing power. Scottish writer Andrew Fletcher (1653-1716) said, "If a man were permitted to make all the ballads, he need not care who should make the laws of a nation. Why? Because as Plato explained in The Republic, "when the modes of music change, the fundamental laws of the State always change with them."

Anyone who has witnessed the change in American culture over the past few decades is clearly aware of the tremendous influence that entertainment and the arts wield. There was a time, for example, that we had political police rooting out what they believed was Soviet Communist influence in Hollywood. There was a Hollywood Blacklist and actors, writers, producers, and directors feared being named as communist sympathizers. That era has long since passed and for that most people are grateful. But that does not mean that we should ignore the incredible power of entertainment in regard to culture, politics, economics, and our future.

Two articles came across my desk this morning that are pertinent to this concern. The first article from POLITICO describes the role that Hollywood is attempting to play in a Georgia Congressional race. Let that sink in for a moment. Hollywood elites have determined that they should help Georgians decide who will represent their sixth district in Congress:

Celebrities view Tuesday's special election as a chance to rage against the president.

Spoiling for a fight against a president it can't stand, Hollywood has latched onto Tuesday's special election for a suburban Atlanta congressional seat, eyeing the contest as a unique opportunity to tarnish Donald Trump's first 100 days in office.

Many of the entertainment world's liberal, politically active celebrities have showered Jon Ossoff, the leading Democratic candidate in Georgia's 6th District, with cash and campaign assistance — a harbinger, some of them say, of a sustained revolt against the president's agenda . . . [To CONTINUE READING at POLITICO…]

It is interesting to note that many of these celebrities getting so active into politics are admittedly doing so because they believed there was Russian influence in the Trump campaign and they want it rooted out. They feel that the Russians stole the election and we shouldn't stand for it. Anyone else see the double irony of this from those who withstood McCarthyism? Should Hollywood control our government?

The second article that connects with this issue today was found in today's The Wall Street Journal:

The U.S. movie industry has become reliant on China's investors and its more than a billion potential moviegoers—a relationship with strings attached

…Hollywood has become so entangled with China that the movie industry can't run without it.

Chinese investors and more than a billion potential moviegoers have made China indispensable to the film business. The country's box-office total last year, at $6.6 billion, was the world's second-largest compared with the first-place U.S., $11.4 billion. In a few years, analysts predict, China will be No. 1.

While the U.S. movie-ticket sales have remained relatively flat, China's have more than tripled since 2011.

"We never thought of China 10 years ago. Now, we're at a point where Hollywood can't exist without China," said Adam Goodman, a former production chief at Paramount Pictures. He now runs a film-production company backed by Le Eco, a Beijing-based technology company.

Private and state-backed Chinese companies have invested tens of billions of dollars in U.S. film ventures over the past decade. The relationship comes with strings attached. Chinese authorities, censors and consumers influence nearly every aspect of American moviemaking in China, from scripts to casting to greenlighting sequels.

"We're in a moment of significant disruption," said Richard Lovett, president of Creative Artists Agency, which represents such clients as Sandra Bullock and J.J. Abrams. The firm announced Monday it was expanding its footprint in the country with a division called CAA China.

China's ambition befits the big screen—to compete with the U.S. as a global storyteller and spread its perspective in the same fashion American filmmakers have for a century. [To CONTINUE READING at The Wall Street Journal]

Basically, the article makes the point that China controls Hollywood because films have to be made palatable for a Chinese audience and the Chinese studio owners. The last sentence we quoted sums it up. China's ambition is to spread its perspective. We should not assume that this is benign as another quote in the Journal article explains:

Chinese investors bring the support of a Communist Party that under China's leader, President Xi Jinping, has made cultural influence an important piece of its long-term growth plans.

"We must make patriotism into the main melody of literature and art creation, guide the people to establish and uphold correct views of history, views of the nation, views of the country and views of culture, and strengthen their fortitude and resolve to be Chinese," said Mr. Xi at the Beijing Forum on Literature and Art in October 2014.

And, what happened to Hollywood's desperate demand for artistic license?

Hollywood executives can rattle off the rules for getting a movie approved by Chinese censors: no sex (too unseemly); no ghosts (too spiritual). Among 10 prohibited plot elements are "disrupts the social order" and "jeopardizes social morality." Time travel is frowned upon because of its premise that individuals can change history.

U.S. filmmakers sometimes anticipate Chinese censors and alter movies before their release. The Oscar-winning alien-invasion drama "Arrival" was edited to make a Chinese general appear less antagonistic before the film's debut in China this year.

The reality is that in 1950s Hollywood, the industry rebelled against the American government's intrusion in their industry. Today, the Communist Chinese are calling the shots and no one seems to be objecting. Some might argue that the Chinese have a right to censor and control movies made for their nation. But, when you realize that the Chinese also now own America's largest movie theater chain, you recognize that they have serious influence on movies made for Americans as well. There's already a good deal of Chinese money in American studios. And there is an effort to buy and control the studios outright also.

Now, consider this quote from the 1999 book published by the People's Liberation Army under the translated title Unrestricted Warfare:

Can special funds be set up to exert greater influence on another country's government and legislature through lobbying? And could buying or gaining control of stocks be used to turn another country's newspapers and television stations into tools of media warfare?

Does this mean that money is upstream of both entertainment and politics?

We know without question that the Chinese used "special funds" to influence the Democrat National Committee (DNC) during the Clinton Administration. And, we are witnessing a buying up of media assets to exert control right now. And, Hollywood clearly has a powerful political influence. For those people fixated on Russian influence in the last election, wake up and see what China has been doing. To the Chinese, this is Unrestricted Warfare.