Islamic State (IS, ISIL, ISIS) is an Economic Threat

No matter how the Administration tries to walk it back, it is a fact that the Chairman of the Joint Chiefs and the Secretary of Defense both acknowledged that the self-proclaimed Islamic State (IS, ISIL, ISIS, or however you name it) is a SERIOUS THREAT to national security. 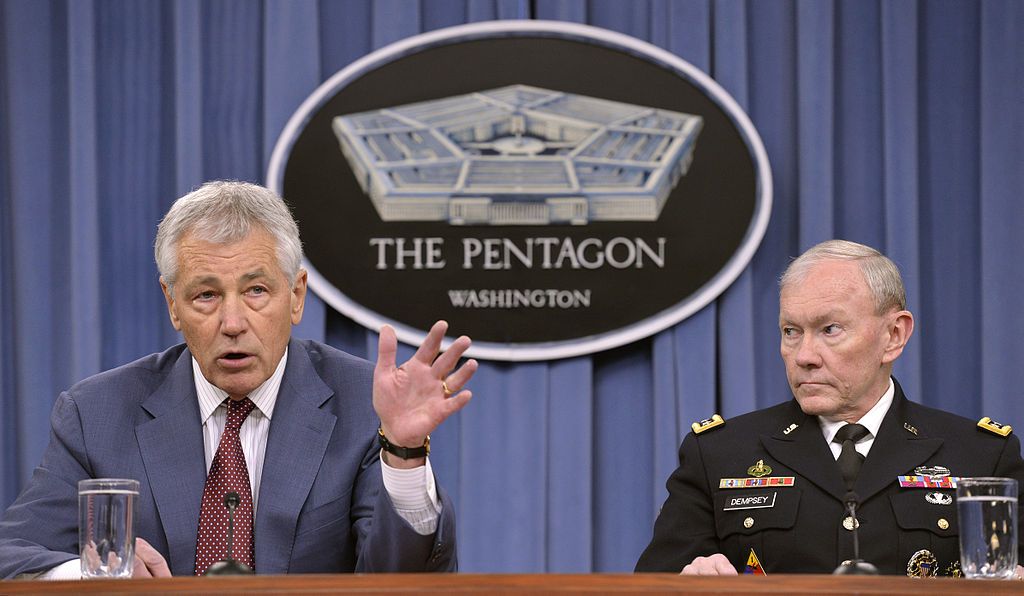 Some have suggested that the Administration has tried to "walk back" acknowledgment of the threat because the President characterized ISIL as a "jayvee" as recently as January. They assert that the current situation (including the mass murders of so many and the recent beheading of a journalist) simply "does not fit the narrative." So, it's a little embarrassing to have been so wrong about such a serious threat just a few months ago. Better to deny that the threat exists at all.

Of course, there were important members of the Intelligence Community who did warn us that al Qaeda wasn't dead but was simply re-branded. One of these was DIA head, Lt. General Michael Flynn. Some believe that admitting this truth got the DIA head "retired" before his term was up:

"Was Flynn forced out? The Pentagon said his departure had been "planned for some time" when it made the announcement in April. But Flynn had challenged the Obama administration narrative that al-Qaeda's brand of nihilistic extremism had died with Osama bin Laden in 2011." 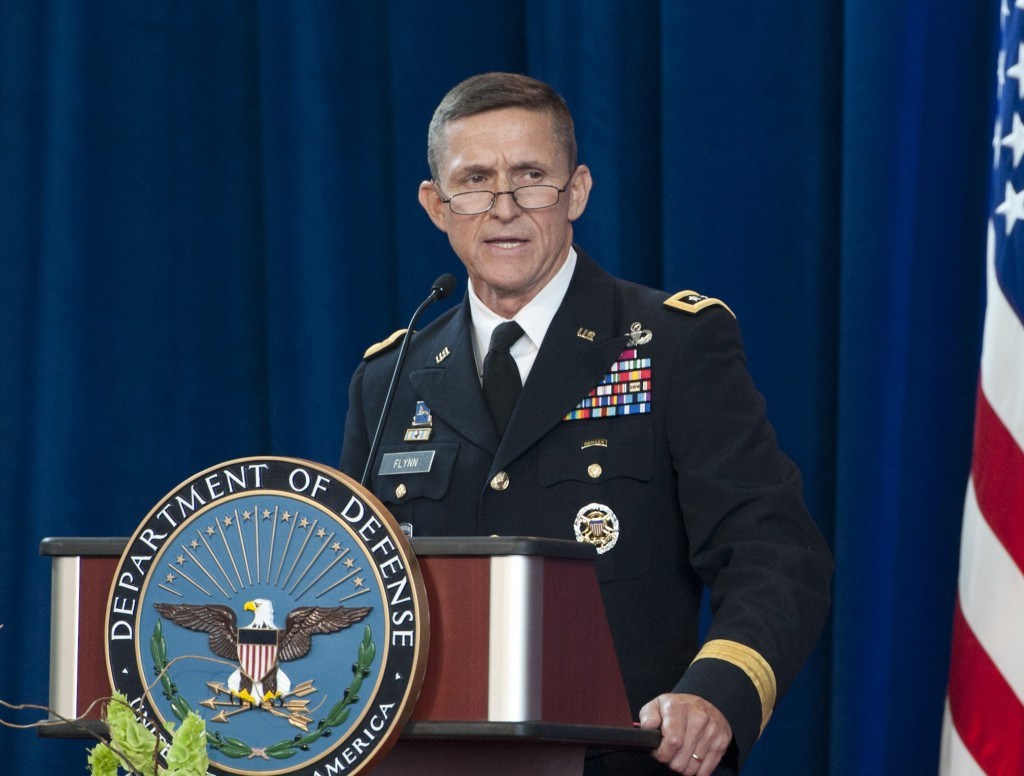 In hindsight, of course, General Flynn was right. The admissions from the Chairman of the Joint Chiefs and the Secretary of Defense confirm that. But the political influence continues to weigh heavily and forced the "walk back" today to help the Administration not look foolish on what may be one of the most important national security issues of our day.

The problem with downplaying the Islamic State is that this group is fulfilling the timeline established by al Qaeda and handed to a Jordanian journalist in a bin Laden interview almost a decade ago. Clare Lopez, Senior Fellow at the Center for Security Policy, noticed and made a strong case last December that we as a nation needed to address this serious and growing threat.

We've discussed the timeline before and it should be obvious that "the Islamic State" is dedicated to fulfilling it. The following is a summary published by the Center for Strategic and Budgetary Assessments: 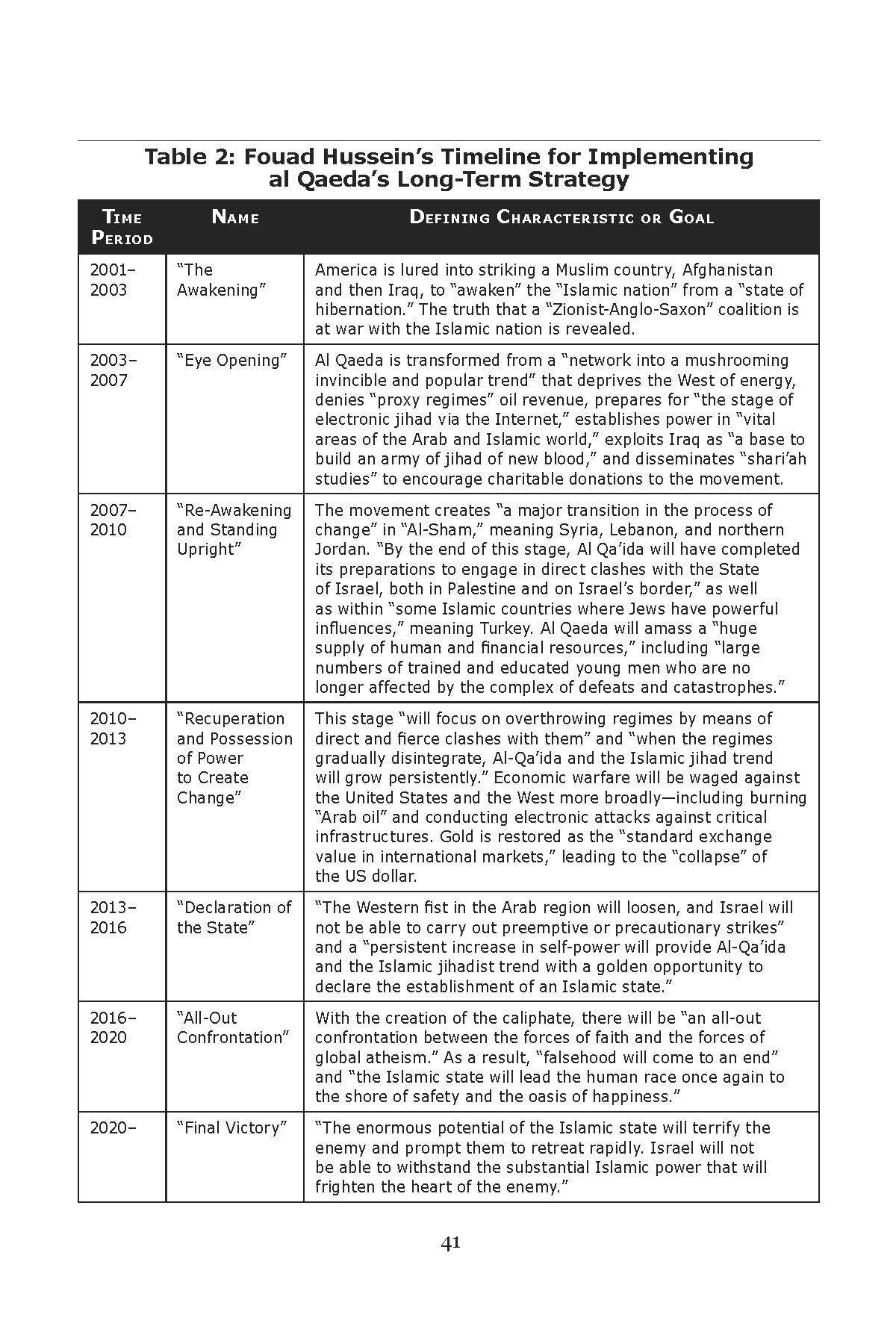 Take a careful review of this and then consider what is taking place. We have seen the overthrow of Arab regimes, not with a democratic loveliest but as a victory for radicalized jihadists. We have seen the initial declaration of an Islamic State. We have seen persistent electronic attacks against our critical infrastructures. While we haven't seen it yet, we have been warned about a "coming Cyber 9/11." That warning from the Justice Department was also validated in the last 9/11 Commission update.  With this in mind, the map being distributed on social media becomes pretty alarming. 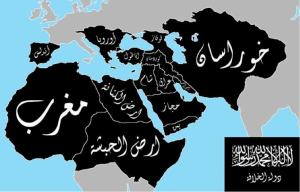 We have multiple concerns. First, IS appears to be very well-funded with access to an ongoing stream of oil revenues (up to $3 million per day). Second, IS has portfolio managers and an understanding of the financial markets. From The Wall Street Journal (August 24, 2014):

ISIS may now be the richest terror group in the world. Through hostage taking, criminality, conquest and outside financial support, ISIS is building a war chest measuring in the hundreds of millions of dollars. It has portfolio managers, bankers and other accouterments of a proto-Treasury.

Third, IS has access to the United States via open borders. Fourth, IS is establishing connections to very sophisticated drug cartels. Fifth, IS appears to be building on al Qaeda plans to infiltrate the financial services industry.

When you pull this all together, you realize that this is an economic threat that can directly impact us. It should not be ignored or overlooked. We are in a global economic war with multiple fronts. Russia, China, and the BRICS nations are a threat. Upset allies are a concern. Iran and North Korea have targeted us. And now we also face an emergent and extremely radical self-declared Islamic State. We can't afford to ignore this reality.