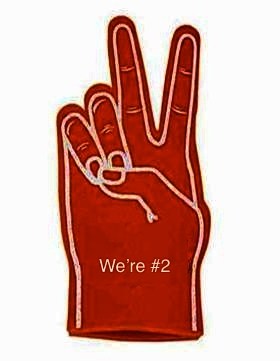 The lead headline on DrudgeReport this afternoon came from MarketWatch. Here are some highlights from the article:

It's official: America is now No. 2

Chinese economy overtakes the U.S.'s to become the largest

Hang on to your hats, America.

And throw away that big, fat styrofoam finger while you're about it.

There's no easy way to say this, so I'll just say it: We're no longer No. 1. Today, we're No. 2. Yes, it's official. The Chinese economy just overtook the United States economy to become the largest in the world. For the first time since Ulysses S. Grant was president, America is not the leading economic power on the planet.

It just happened — and almost nobody noticed.

The International Monetary Fund recently released the latest numbers for the world economy. And when you measure national economic output in "real" terms of goods and services, China will this year produce $17.6 trillion — compared with $17.4 trillion for the U.S.A.

As recently as 2000, we produced nearly three times as much as the Chinese.

To put the numbers slightly differently, China now accounts for 16.5% of the global economy when measured in real purchasing-power terms, compared with 16.3% for the U.S.

This latest economic earthquake follows the development last year when China surpassed the U.S. for the first time in terms of global trade….

Make no mistake. This is a geopolitical earthquake with a high reading on the Richter scale.

Throughout history, political and military power have always depended on economic power. Britain was the workshop of the world before she ruled the waves. And it was Britain's relative economic decline that preceded the collapse of her power. And it was a similar story with previous hegemonic powers such as France and Spain.

This is an important article by Brett Arends. Read the entire article HERE.

Now recall that we have warned about this for several years. Most people doubted this would happen even by 2040. Consider these previous posts:

This post included a very interesting chart from Deutsche Bank. 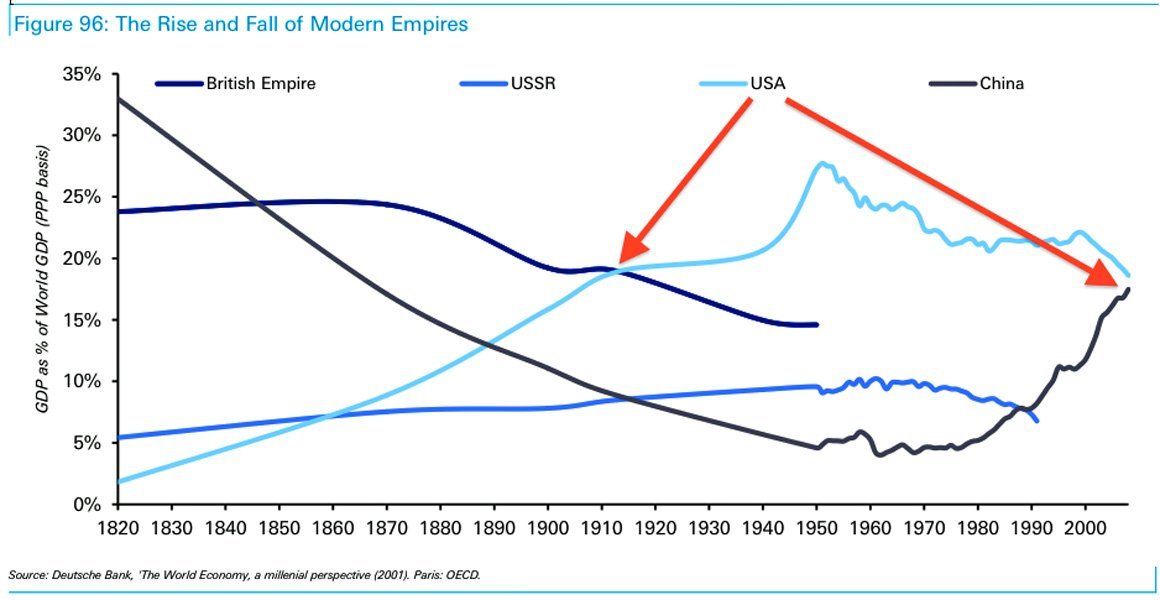 The Chinese Take a Long Term View; Evaluating Their 5YP

This article explains how the Chinese had a 5-year plan to surpass America economically and then ultimately militarily.

And now, it's FIVE

This article is important because it was shocking in 2011 to imagine that the Chinese economy could pass ours by 2016. It didn't take them 5 years after all.

So what do we do about it?

This is a global economic war. We need to grow our economy. This means reducing regulation, fixing our corporate tax structure, encouraging entrepreneurship, and a host of positive strategies outlined in the book Game Plan. Right now, this book is on sale at Amazon for less than $3/copy, almost 90% off its publication price. Buy it, read it, share it.

Let's return to the principles that made America #1.