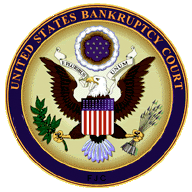 Usually, this blog is devoted to understanding external economic warfare. Of course, there can be internal warfare as well. Just consider the oath to defend the Constitution from "all enemies, foreign and domestic." Likewise, enemies of our free market economy are not limited to foreign threats.

We are now witnessing a nearly complete economic assault waged against what was once a significant portion of our domestic energy industry. Essentially, coal is bankrupt, with the collapse of Peabody as just announced. This is not a shock. In fact, it was a campaign promise of then Senator Obama.

Some will argue that the end of coal is a good thing to reduce pollution. Many may accept that. The concern, however, is when the force of American government is brought to bear in targeting American industry as a means of politics without proper legislative action. Coal is not the first industry to be attacked and it will not be the last.

The problem comes when the motive is to advance a political agenda. We are seeing this now with Justice Department efforts to shut down access to the banking system for businesses that the Administration doesn't like. Fortunately, two U.S. Senators are fighting back:

"Under President Obama's reign, the DOJ has abandoned its longstanding tradition of staying out of politics and has instead become a partisan arm of the White House," Cruz said. "The Obama administration initiated Operation Choke Point to punish law-abiding small businesses that don't align with the president's political leanings. The DOJ should not be abusing its power by trying to bankrupt American citizens for exercising their constitutional rights."

We've also seen the IRS target certain groups for political reasons. A Federal Judge recently called the IRS "untrustworthy" in how they handled groups they disagreed with politically. There has been blatant discrimination based primarily on political leanings.

There is something profoundly disturbing about the idea that candidates can campaign for office on the premise that they will bankrupt an entire industry. It's also disturbing when the Justice Department uses regulatory powers outside their legislative intention to enforce political decisions that otherwise could not be passed through the legislature. Increasingly, political means have replaced the free market in determining economic winners and losers. And that is a very bad thing.

This is just another type of economic warfare. It is the internal war for liberty. We must be vigilant on all fronts.