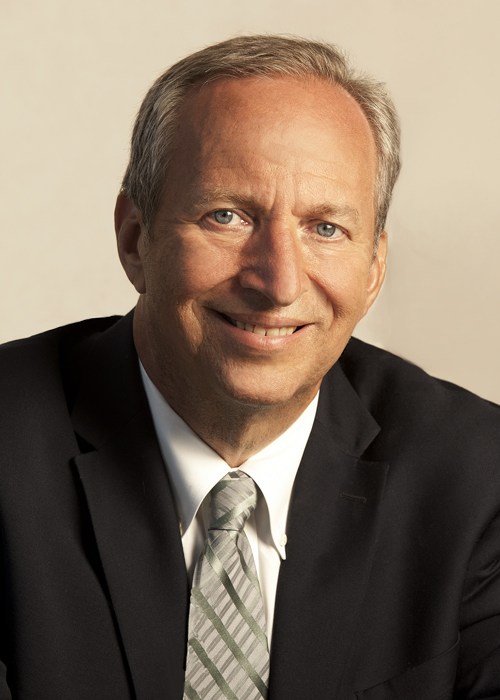 The man who was once Treasury Secretary, President of Harvard, Chief Economist of the World Bank, one of President Obama's top advisors and considered by many as among America's top living economists provided a startlingly rare admission today in an Op-Ed for The Washington Post.

To what is Dr. Summers referring? The best explanation is provided in his own words:

This past month may be remembered as the moment the United States lost its role as the underwriter of the global economic system.

True, there have been any number of periods of frustration for the United States before and multiple times when U.S. behavior was hardly multilateralist, such as the 1971 Nixon shock ending the convertibility of the dollar into gold.

But I can think of no event since Bretton Woods comparable to the combination of China's effort to establish a major new institution and the failure of the United States to persuade dozens of its traditional allies, starting with Britain, to stay out.

This failure of strategy and tactics was a long time coming, and it should lead to a comprehensive review of the U.S. approach to global economics. With China's economic size rivaling that of the United States and emerging markets accounting for at least half of world output, the global economic architecture needs substantial adjustment. Political pressures from all sides in the United States have rendered the architecture increasingly dysfunctional.

Yet, despite the gravity of this moment, few Americans are paying attention due to willful blindness and normalcy bias. No one seems willing to imagine that the United States could lose global economic dominance, especially when the dollar seems so strong. Yet, that is happening before our very eyes in tangible albeit seemingly obscure ways.

If you start with the premise of this Blog, that we are in a global economic war, you must be prepared to take a fair account of how we are doing in that war. It is obvious that we have used powerful weapons such as sanctions on the Iranian regime and the Russians with the additional threat of banishing nations from international trade by cutting off access to the payment mechanism (SWIFT). The assumption has always been that the Western economic world would follow whatever lead we provided. Unfortunately, recent events have called that assumption into question. For example, the SWIFT system was not only unprepared to banish Russia as it had done to Iran but also was prepared to give the Russians a voting seat at the table. Some might consider this an important carrot to offer, hoping to keep Russia in line. But it is pretty hard to make lemonade out of the fact that China started their own Asian development bank and the world followed them and failed to respond to American pressure.

The truth is that we need Western systems to enforce American economic hegemony. Our adversaries understand this and have rapidly developed alternative systems much to our chagrin. In the past, we have been able to pressure rogue regimes like Iran. What happens when a true alternative to SWIFT, the IMF, and the World Bank fully emerge? According to Peter Morici, also writing today, we lose perhaps our most potent weapon:

"Simply, finding buyers for oil shipped via 3-million-barrel supertankers was one thing, but the inability to transfer funds through Western banks made securing $150 million payments quite another."

In other words, controlling payment flow was more important than traditional sanctions. With China/Russia developing alternatives, we will no longer have the powerful economic weapons we once did. As we have been pointing out for years, our adversaries have systematically marginalized, piece by piece, our once vaunted strategic advantages. Dr. Summers has recognized this. Will we respond before it is too late? Is this another wake-up call?

What can we do as a nation? Dr. Summers offered some suggestions in his Op-Ed. I dedicated a complete chapter (#12) in my book Game Plan; How to Prepare for the Coming Cyber-Economic Attack about how America could build on new strategic advantages even as the old ones appear to be crumbling. We have the best economic position should we choose to develop it. Of course, this requires some fundamental restructuring of the bloated tax code, reducing the regulatory burden, an emphasis on developing domestic energy, and a few additional critical responses. Most importantly, we must reiterate the ideals of the Founding Fathers that made America a shining light for the world.

What can you do? As we approach another Presidential election, you must evaluate candidates on their awareness of the global economic war and their willingness to address it.