"Money in the Bank?" Think Again 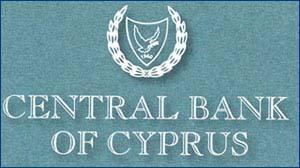 By now, nearly everyone has heard of the EU attempt to "tax" 10% or more of the wealth held in Cyprus bank accounts. This is different from traditional theft as the attempt was made with the cooperation of governments. Nevertheless, the effect would have been the same.

If you wanted to cause a run on the banking system, it would be hard to do better. When people put money in the bank, they trust it will be kept safe and in many cases insured against loss. This kind of thing makes the mattress look attractive, especially when you consider how little interest banks pay these days.

Gold has risen in value as people believe it to be safer. Of course, it wasn't all that long ago that the United States government forcibly confiscated American gold holdings.

Some people are taking comfort that this attempt was made in tiny Cyprus, similar in size to Shreveport, Louisiana. But that's not the real concern. The problem is that this effort was made in full view with the seeming support of the International Monetary Fund and the European Union. Had it been successfully implemented, it would be a terrible precedent for other nations that have serious debt problems. This isn't some conspiracy theory of what could happen. It was a formal proposal offered as a requirement for a bailout deal. Terms handed down. Even Goldman Sachs has told clients to worry about deposits in European banks.

There have already been calls by seemingly reasonable parties for Italy, Spain, and other debt-laden nations to confiscate savings from their citizens. In fact, rumor has it that the early proposals were to take 40% of bank accounts. And there is an Australian effort to confiscate bank accounts from citizens who have left their accounts inactive for three years.

Our concern is that this "tax" is designed to take money from those who have saved to pay off excessive debts of profligate governments. Given the fact that the United States government debt is far and away the world's greatest, this is a problem that could directly affect you someday. Even on per capita terms, our debt is huge, larger than Greece. Because our dollar remains the reserve currency of the world, we have continuing demand for our debt. But, as we have pointed out numerous times, there are many efforts to remove reserve currency status and make us vulnerable to the same sort of strong-arm tactics as faced in Cyprus. Even without that, however, because many American corporations have nearly a trillion dollars in foreign deposits, a confiscation effort could directly hurt our economy. This is clearly a potential form of economic warfare or financial terrorism.

When you realize that spy agencies now have access to all our financial accounts, it gets even more concerning. Just imagine what might happen if China (who has hacked every account on the planet it seems), suddenly demanded that the Feds confiscate 10% or more of all Americans financial holdings before they would fund any more of our debt? Or, more likely, what if our own government required a certain percentage of all investments be made in U.S. government bonds? The scary part is that is not only possible but some believe may even be likely. Just consider that we already have all of our Social Security "savings" committed to the U.S. Treasury. In an era during which the Nanny State wanted to limit soda size to 16 ounces, it is quite reasonable to imagine a desire to force investors into "safe" investments for their own good.

So what is the answer for those seeking to preserve their wealth? Unfortunately, there are no simple answers. It will take ingenuity, diversification, and a careful monitoring of global events to successfully navigate the increasingly rough investment waters