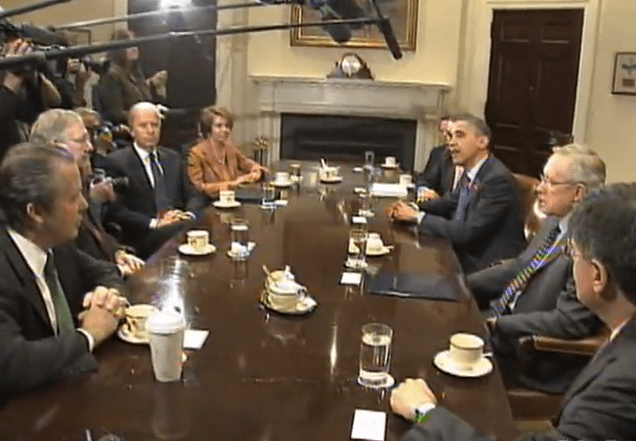 As the so-called "fiscal cliff" negotiation drew all the oxygen from the media at year end, we continued to see evidence that a global economic war is already underway. It is the extraordinary arrogance of America to believe that our tax policy is the single most important matter on the planet. The sad thing is that much of the "deal" makes our nation more vulnerable to economic attack, not less. The debt was not addressed at all.

We did see one thing that was pretty funny along these lines and worth referencing. Take a read through the following satire from The New Yorker written by Andy Borowitz:

WASHINGTON (The Borowitz Report)—The international terror group known as Al Qaeda announced its dissolution today, saying that "our mission of destroying the American economy is now in the capable hands of the U.S. Congress."

In an official statement published on the group's website, the current leader of Al Qaeda said that Congress's conduct during the so-called "fiscal-cliff" showdown convinced the terrorists that they had been outdone.

"We've been working overtime trying to come up with ways to terrorize the American people and wreck their economy," said the statement from Al Qaeda leader Ayman al-Zawahiri. "But even we couldn't come up with something like this."

Mr. al-Zawhiri said that the idea of holding the entire nation hostage with a clock ticking down to the end of the year "is completely insane and worthy of a Bond villain."

"As terrorists, every now and then you have to step back and admire when someone else has beaten you at your own game," he said. "This is one of those times."

Read the rest at: http://www.newyorker.com/online/blogs/borowitzreport/2012/12/al-qaeda.

This would be really funny if it weren't so very sad. Borowitz recognizes two key facts. First, that our domestic political policy has created serious economic problems and vulnerability. Second, that radical Islam has been primarily targeting our economy above all else. For an overview on that reality, re-read our mid-December post:

It may be a New Year and the fiscal cliff may have been barely averted for now. But, rest assured that al Qaeda and other terrorists have not given up their goal of wrecking America using economic means.