North Korea's Attempt to Rain on our Independence Day Parade 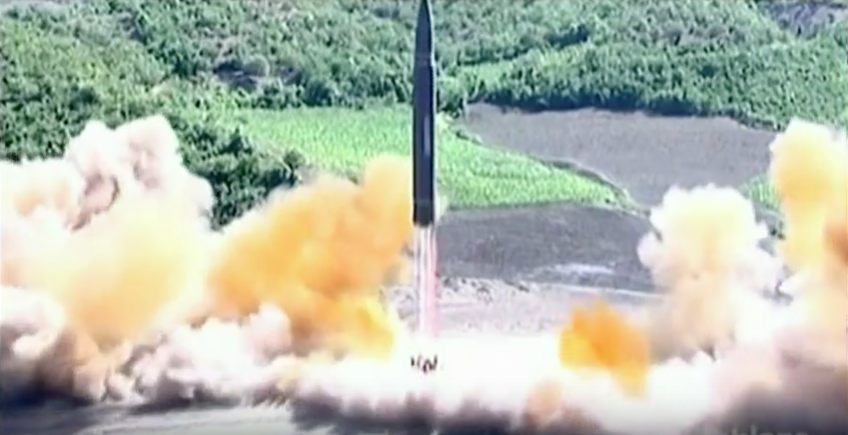 This week as we celebrated on beaches and at barbecues, there were others around the world with entirely different plans in mind. One example was North Korea which chose our Independence Day to demonstrate their progress with InterContinental Ballistic Missiles (ICBMs) capable of hitting our nation. While this was a dramatic contrast, it is just the most recent example of an oblivious American public in the crosshairs of multiple enemies.

Here is some background:

We've already fought one major war (although never officially declared a war) over the Korean Peninsula. The North Korean economy has been ruined by dictatorship and Communism. The South Koreans have enjoyed freedom and success by contrast.

While the focus has been rightly placed on the nuclear danger, there are multiple other threats wrapped up in this one, not the least of which is sparking a cyber-economic war. And, of course, there is clearly the risk of a systemic EMP attack, something we have warned about for several years. Finally, there is a growing call for direct military confrontation which would roil the global economy. Secretary of Defense Mattis has stated that North Korea is the ‘most urgent' threat to our security. This is a consensus view of our Defense and Intelligence establishment shared with Senators as reported by Bill Gertz. Even Russian President Vladimir Putin has declared the situation to be ‘dire.' China's UN ambassador warned that ‘disastrous consequences' would happen unless tensions are eased. Even the NY Times has warned that a small surgical strike could ‘spin up' into the worst kind of war.

Basically, if we do nothing, North Korea continues to develop nuclear weapons capable of destroying Western Civilization. If we act now, we may trigger an economic war or worse. They may already have a satellite capable of firing an EMP that would wipe out our electric grid. Not the most pleasant of situations.

Yet, despite all of this, the stock market remains near all-time highs and there appears to be very limited concern among the public and investment community. This is not a threat to be ignored.

There are several triggers we need to watch. First, the Trump Administration had hoped to incentivize the Chinese to pressure North Korea. He indicated a willingness to put aside his concerns over currency manipulation to get China's help. While this might have proven effective, it appears the Chinese did nothing meaningful to that end. In fact, they actually ramped up trade (almost a 40% increase in the first quarter of 2017) with North Korea even while making a show of reducing some fuel sales. And, there are legitimate questions raised by Gordon Chang regarding how North Korea's missile program advanced so quickly, and why it was launched from a Chinese-made vehicle. The general consensus is that China could have stopped the North Korean test had they wanted to do so.

Now, President Trump is prepared to pressure China in addition to North Korea. The carrot was ineffective so the stick will be tried. It may not be pretty. We may see a full-blown cyber war. Remember that North Korea was likely behind the WannaCry attack. They actually have a pretty robust cyber team but nothing like China. And it is possible that the Chinese may be drawn into a major cyber conflict. Or, perhaps they have been preparing for one.

Another step that President Trump is willing to take is to sanction Chinese individuals, particularly those involved in business with North Korea. He is now being urged to play hardball. Some, like Ambassador John Bolton, argue that sanctions will prove ineffective and are a waste of time. If John Bolton is right, this will "strengthen the hand of Beijing's pro-Pyongyang faction, obviously the opposite of the result we seek." Whether right or wrong, however, we have little doubt that sanctions will be tried.

"On Monday, the American president welcomed the leader of China's adversary, India, to the White House in an unmistakable signal to the Chinese. On Tuesday, the State Department dropped China to the worst ranking—Tier 3—in its annual Trafficking in Persons report. On Thursday, the Treasury Department sawed off the Bank of Dandong, a shady Chinese bank, from the global financial system and sanctioned a Chinese shipping company and two Chinese individuals. That same day, the administration notified Congress of a proposed sale of arms to Taiwan, which Beijing considers a breakaway province.

And on Sunday Trump iced the cake when a U.S. Navy destroyer, the Stethem, passed close by a Chinese-held island in the South China Sea in a "freedom of navigation" exercise that enraged Beijing."

These are strong actions that may be propelling us toward conflict. Jim Rickards and George Friedman have both separately said we are headed to war with North Korea.  We believe it could start as a cyber-economic war with China. Given the idea that China could have stopped North Korea, does this suggest that the Chinese are prepared for a proxy war with us?

The truth is that China has been preparing for an economic war with America since at least 2013. They publicly stated they wish to "de-Americanize the world." They have pursued a disciplined approach to dethroning the American dollar as the primary reserve currency of the world. We've explained this in detail before but the methodical progress continues. The most recent step has been for China to open up their domestic bond market for foreign investment. This follows a series of steps taken to prepare the Chinese yuan for global conversion and to create a functioning alternative to the Western financial system:

While these were all important steps, skeptics rightly pointed out that China did not have a deep enough debt market to serve as a truly global currency. This is being addressed head on with the latest move. At the same time, China has been manipulating their currency higher, a sharp contrast to their earlier efforts to depress their currency to boost their trade surplus.

Never forget that the Chinese approach is methodical and uses 5-year plans to achieve long-term goals. Next year we will be at five years since the call for a "de-Americanized" world. We can rightly question whether the current situation with North Korea is being orchestrated as part of this planned challenge to American hegemony. And, even though China has serious domestic economic problems, never forget that a wounded dragon may be more ferocious. In other words, domestic economic problems might encourage global belligerence.

Unfortunately, there are no obvious solutions to the conflict developing. There may be a challenge to the global economy, our stock market, and the U.S. dollar. Some observers like Jim Rickards suggest that this may be an opportunity to look at gold. Others may suggest holding higher levels of cash in case of a knee-jerk decline in the markets. If a disruption to our electric grid is even a remote possibility, it would be worthwhile to have extra food and water available for emergencies. And, this is a good time to pray. Pray for our President and his Administration to have wisdom. Pray for peace.

For now, the next best thing to do may be to stay informed and remain cautious. This is no time for complacency.