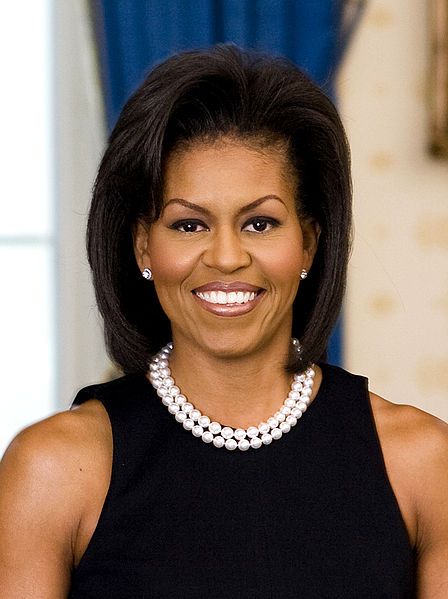 There have been headlines today about how the First Lady of the United States, Mrs. Obama, declared obesity our greatest national security threat. Many conservative pundits and websites have lampooned her comments, especially in light of Islamist attacks on our embassies, the brutal killing of our Ambassador, and the ongoing threats from Iran. Perhaps in response to Mrs. Obama's declaration, New York City has officially banned all large, sugary drinks. That will teach the terrorists!

Rather than suggest that the First Lady is wrong in her assertion, however, we actually find ourselves in agreement. Obesity IS the greatest national security threat. In our view, however, the obesity is the obese and rapidly growing Federal Deficit. Now, with the advent of "QE3" from the Federal Reserve, also announced today, it becomes quite clear that the path to dealing with the deficit is actually just a fancy form of printing more money. The Fed is already buying most of the bonds issued by our Treasury. A recent post by Gary Halbert explains why our current path makes us Greece in four years or less.

We have long argued that the economy is the most serious national security issue for several reasons. First, without a robust economy and fiscal discipline, we will not be able to afford the very large military apparatus we have in place. Now, there may be legitimate arguments regarding the appropriate size of our military. But, no one should want the sole determining factor to whether or not we defend our citizens to be how much we can afford because we are unwilling to consider cuts elsewhere. Yet, that is essentially the deal struck a year ago between the White House and Congress.

The second reason that our economy is THE national security issue is due to the fact that our enemies view this to be the primary battleground. The Chinese said as much with the 1999 publication of Unrestricted Warfare, Bin Laden said as much in his post 9/11 speech. The Iranians are saying the same things today. Even the Soviets said this based on the book WE WILL BURY YOU written by the highest ranking Soviet defector ever, Jan Sejna.

The path to attack America is our economy and our own fiscal largess is making us a very wide target. So, in this sense, Mrs. Obama is very right. Obesity is our most serious national security threat. [Learn more at www.secretweapon.org.]