A little less than two years ago we warned American investors and regulators regarding the risks of allowing Alibaba to IPO (initial public offering) in the United States. Hong Kong turned Alibaba down due to structure and transparency. But the American government welcomed this Chinese Internet behemoth and Wall Street celebrated the fees they were earning. This was the largest IPO in history (larger than Facebook, Google, and Twitter combined) raking in more than $25 billion.

We had several areas of warning as noted in an interview with Fox Business.

In a later Blog post, we also pointed out that Alibaba has been accused of selling counterfeit goods and also U.S. military equipment that is banned from export. Even billionaire Mark Cuban expressed his concern.

Frank Gaffney and the center for Security Policy hosted an event at the Press Club with a variety of experts warning about the risks of the Alibaba IPO. Again, there were stern warnings that this Chinese company could take American cash and use it to undermine Silicon Valley. I was honored to be among the speakers there.

The reason we are sharing all of this again is that The Washington Post reported last week on Alibaba and how China is flooding Silicon Valley with cash. Normally, that would seem like a good thing. Except, the cash is coming with many strings attached and never in the way it was promised.

China is flooding Silicon Valley with cash.
Here's what can go wrong.

By Elizabeth Dwoskin August 6
SAN FRANCISCO — Mountain View, Calif., start-up Quixey was the envy of many in Silicon Valley when the company announced a multimillion-dollar investment from one of China's largest and most powerful technology companies, Alibaba.

The $110 million deal — parceled out over two funding rounds in 2013 and 2015 — was the latest evidence that deep-pocketed Chinese investors would pay premium prices to get a stake in the region's hottest young companies.

But then, something went very wrong: Alibaba stopped paying, according to people familiar with the matter. The start-up was left in the lurch, until Alibaba fired back with a hard bargain: We'll give you a loan and you must promise not to sue. After a few breathless months of negotiations, Quixey went through with the new deal. The company said Thursday it had borrowed $30 million. Those funds came from Alibaba and others under terms that were worse than the original arrangement, the people said.

At the heart of the bitter, under-the-radar dispute between China's online shopping powerhouse and Quixey, whose tech enables users to search within apps, is a culture clash — one that is emblematic of both the promises and the perils involved in Silicon ­Valley's relationship with China. Experts say that relationship — ­always delicate, always mind-bogglingly complex — has reached a new inflection point, as unprecedented amounts of cash from China have poured into Silicon Valley.

The flood has had a profound effect on the region's start-up boom. Over the past two years, Internet giants such as Alibaba, Baidu and Tencent — sometimes referred to as the Amazon, Google and Facebook of China — as well as dozens of private investors, family offices, local municipalities and state-owned enterprises have raced to capture a stake in the region's cutting-edge technologies.
[To CONTINUE READING at The Washington Post…] 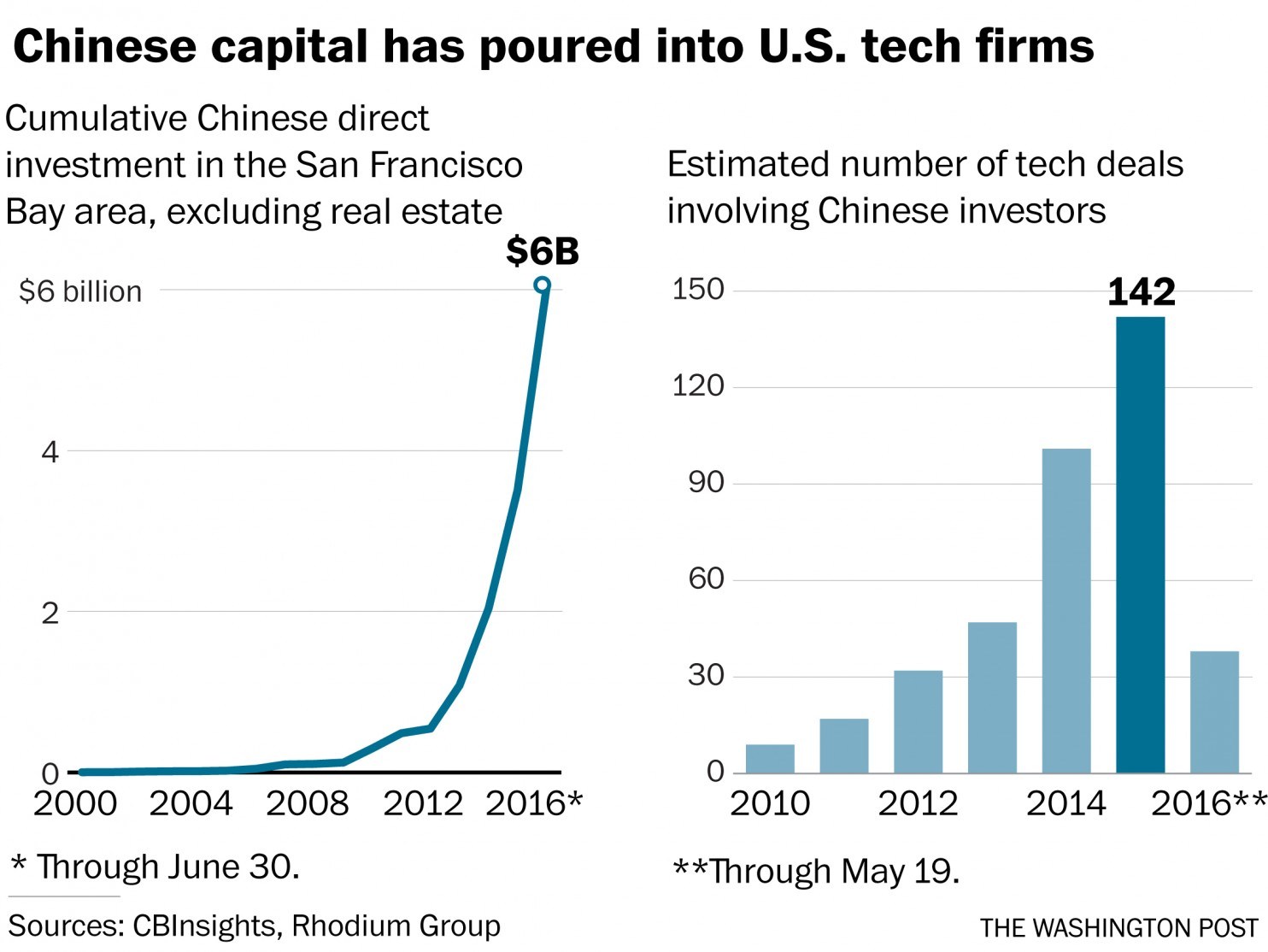 The problem with all of this is that much of the money being invested originated with American investors buying the Alibaba IPO. And even though the stock market has been strong since the Alibaba debut, especially tech stocks (as measured by the NASDAQ Composite), IPO investors have not fared so well (as shown in the following NASDAQ chart).

The lesson? In a world of global economic warfare, it is essential that we consider all the consequences. This is especially true when we consider allowing a major tech company from a Communist country to have unfettered access to our capital markets.