Phase Three in the Global Economic War Heats Up 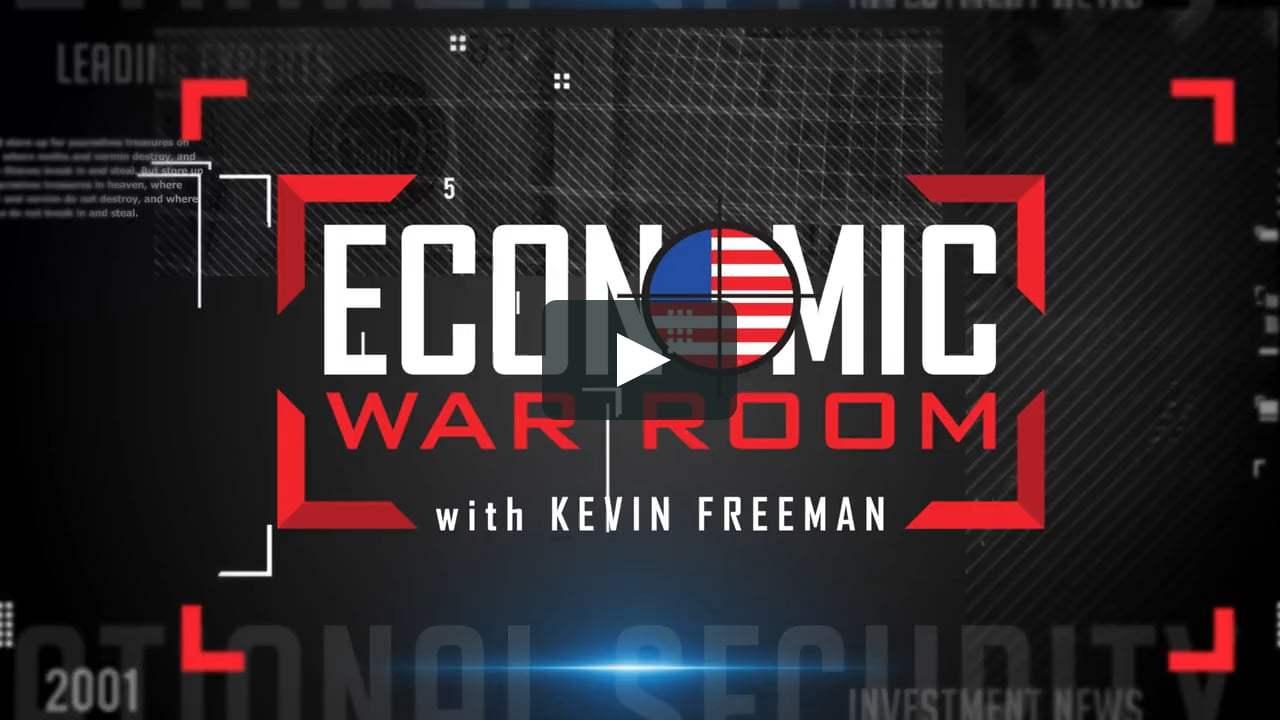 We are monitoring events closely in the Economic War Room. Two things stood out this past week, both related to a coming Phase Three attack on the US dollar.

First, the Chinese finally launched an oil futures contract traded in gold-backed yuan. This is a big deal. In its debut, the contract exceeded trading for dollar-based oil contracts.

Many believe that this is one critical step in China's long-held desire to de-Americanize the world and end the US dollar's status as primary reserve currency of the world. The Chinese believe that since they are the largest importers of oil, their trading should no longer require American dollars. Further, they believe that when other nations understand that they can buy and hedge oil in yuan, the dollar will no longer be a necessary holding.

From ZeroHedge on March 26:

"As we most recently noted, after numerous "false starts" over the last decade,  the "petroyuan" is now real and China will set out to challenge the "petrodollar" for dominance. Adam Levinson, managing partner and chief investment officer at hedge fund manager Graticule Asset Management Asia (GAMA), already warned last year that China launching a yuan-denominated oil futures contract will shock those investors who have not been paying attention. This could be a death-blow for an already weakening U.S. dollar, and the rise of the yuan as the dominant world currency."

Since the US now has more than $21 trillion in Federal debt (and growing about $1 trillion per year), requiring more than $6 trillion of foreign nation holdings, the idea of reduced foreign buying is ominous. We had to borrow $300 billion in a single week. If foreigners stopped buying our debt or worse still started selling, interest rates would spike. Our Federal budget would be in shambles and there would be repeated calls to reduce our military. The $1.3 trillion omnibus spending bill would prove to be a disaster. There are still some steps remaining before the Chinese dollar attack is in place. But rest assured they are moving that direction.

The second major news item came from the UK. It is reported that Prime Minister Theresa May is considering banning the sale of Russian debt in London markets. This, too, is ominous as it portends a rapid escalation in the global economic war. The Prime Minister is understandably upset over a chemical weapons attack targeting a turncoat Russian spy that took place on British soil. And, the idea of ceasing bond sales is quite reasonable in context. The problem is that this could give excuse to Russia to dump their holdings of our debt and encourage China to do the same. This almost happened in 2008. If Russia had persuaded China then, we might still be in recession. Now, the Chinese are openly discussing their plans to punish us via our debt and also our stock market.

From China Daily on March 23:

"…China's countermeasures should not be limited to goods trade; they should extend to the financial sector, including underselling the US' Treasury bonds and undermining the US stock market. Since the stock market's strong performance has been trumpeted by Trump as proof of the success of his economic policy to impress US voters over the past year, China should take strong measures to make Trump feel the ‘pain' in this area."

Remember, it was China's Unrestricted Warfare doctrine that suggested that a "single man-made stock market crash" is a weapon.

Russia clearly has a long-term plan to remove the dollar from the world stage and destroy American hegemony. They have likewise threatened to crash our stock market (and even sent spies to see how best to do it). Putin is ruthless and looking for any opportunity to accomplish his long-term goals. Thus, a move against Russian debt (no matter how well deserved) would provide political cover for a retaliatory strike.

We will continue to monitor these developments and watch for further signs of the global economic war already underway. Hopefully, incoming National Security Advisor Bolton will be more aware of these threats and more receptive to addressing them.

One last word: Don't Despair! There is HOPE! I am about to sign off for a celebration of resurrection Sunday. My Jewish friends are celebrating Pesach (Passover). This is a time to deeply know that the Almighty holds our future. To best protect our nation, we should follow the wisdom of the Creator who spoke to Solomon as recorded in the Old Testament:

"If my people, which are called by my name, shall humble themselves, and pray, and seek my face, and turn from their wicked ways; then will I hear from heaven, and will forgive their sin, and will heal their land."

May you be blessed in celebrating this Holy Week.