Playing for Keeps: The Plot to Destroy Our Constitutional Republic (Part Two) 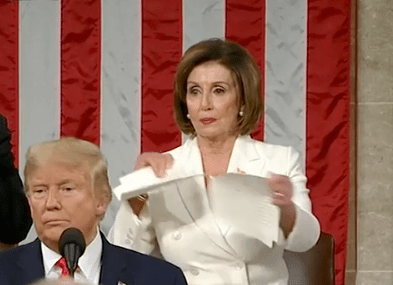 In Part One, we explained (and documented) what the progressive left has planned in the case of a "Clear Trump Win" (their words). It is AWFUL! They talk about pushing for secession by three states. They discuss riots and overturning the Constitution. Sounds a lot like plans for sedition and treason. They "war-gamed" the whole plan and suggested the Biden campaign will seek to overthrow a clear Electoral outcome. Go back and read Part One and you will see that everything we mention here is well documented.

Keep in mind that this is the plan in the case of a Clear Trump Win. What does the far left have in mind if Biden wins????

Rest assured the plans may appear less violent at first. But the end result would be horrifying for traditional, freedom-loving Americans. You may have noticed that Joe Biden has already dramatically shifted to the far left. That's so true that even Bernie Sanders is impressed, promising that a Biden administration would be the most progressive since FDR. That's code for "he's now one of us." That is troubling, to say the least, given Sanders love for Marxist dictators. There are even reports that President Obama is concerned the push to the left is happening too fast.

Despite what he says now, Joe Biden has stood firmly against America's fossil fuel renaissance, promising to end fossil fuel, promising to end fracking. He can't admit that now because he would lose badly in energy states. But both he and Kamala were very clear on record during the primaries. And the financial markets understand this.

Joe Biden has also adopted the radical LGBTQ agenda to an unbelievable degree, including advocating for 8-year olds wanting sex-change operations. He has a far-progressive climate agenda (even supporting the framework of the Green New Deal whether he admits it or not). He has been vocally defending Obamacare even as his plan would radically undo it with a push to a single-payer system.

Beyond that, everyone must know by now that the radical left wants Biden to push a "court packing" plan that FDR tried to implement to guarantee a complete radical takeover of government. He has so far refused to let the American people know his plans. But almost every observer understands that if he were not going to pack the court, he would have said that by now. This "cat and mouse" game is an attempt to keep his progressive base engaged without scaring the rest of us. It's obvious that if Amy Coney Barrett is confirmed, Biden will agree to shift the Court far to the left by packing it. The left isn't worried about retaliation because they have no intention of ever losing power once they take it.

Biden also has tried to be cagey regarding his tax plans. He promises to repeal the Trump tax cuts on Day One and that would, without question, raise taxes on most Americans, even those with lower income. But then he promises not to raise taxes on any but the wealthy. He's lying, of course, but hoping most American voters won't pay attention. A James Madison Institute study showed that in spending alone, the Biden plan would cost $49,000 per family over a decade. That is almost an entire year's income for an average family. Even a Bloomberg report acknowledges that his announced plans would stifle the economy.

Biden is considering New York Governor Andrew Cuomo to be his Attorney General. That's the same Cuomo who sentenced people to their deaths in nursing homes through his Covid policy. While the left is so eager to pin Covid deaths on the President, the facts show that a large percentage of those deaths came from Cuomo's ridiculous order sending Covid patients to live among our most vulnerable population. And yes, this is the same Cuomo who is very clearly discriminating against the Orthodox Jewish communities in New York. This is outright religious discrimination.

So who will protect Americans? Biden refuses to truly condemn Antifa. He has flirted with the "defund the police" crowd. He has stood against American Second Amendment rights. So how will we be safe in a Biden administration?

There are also suggestions that Biden might appoint Hillary Clinton as the Secretary of Defense. That would be an absolute disaster for our Armed Forces. Clinton has been seen as hostile to our military. She was at the center of the Benghazi disaster scandal.

We also have Joe Biden appearing to bow to Islam, promising to teach more about it in our schools, even pandering with an Arabic phrase in debate comments.

We have Joe Biden serving as a China apologist. "C'mon man," he says, denying that China is even an adversary.

And, Joe Biden, despite being Catholic, is radically pro Abortion. And he calls Christians who support traditional Biblical principles that he views as intolerant, the "dregs of society." The media has "fact checked" this to death to cover for him. But be clear. If you believe in traditional marriage as being between one man and one woman, you are in his "intolerant" category (even though that was Biden's position in 2006).

There are many other things we could share, but the most "in your face" issue is Biden's family corruption. This story gets worse hour by hour. It is obvious to anyone that Hunter Biden was selling family (and White House) access to sketchy groups in Ukraine, China, and Russia. The story seems corroborated by an abandoned laptop and also a former business partner. While Joe Biden denies knowing anything about Hunter's business dealings, he did take him on Air Force Two to China where he got a $1.5 billion investment for private equity.  The emails appear to indicate that these deals would not have happened without the prospect of VP Biden's support. That does seem to be a reasonable notion given the fact that Hunter Biden was forced out of the Navy for drug abuse and had ongoing "challenges" in this area according to police reports. It's hard to imagine that the wife of Moscow's mayor would pay him $3.5 million outside of his connection to his father.

Joe Biden has promised that his children would not do business with foreign interests if he were elected President. Presumably, that is admitting the serious conflict of interest that could represent. If that's true, then why was it OK when he was Vice President? Fair question! While the Biden team would like to deflect or ignore this story, the well-documented facts already in evidence are damning to say the least.

The bottom line is that a Biden Administration promises the same type of corruption as we saw with the Clinton Foundation, where foreign governments donated huge amounts of money and massively overpaid family members for "speeches." We have multiple scandals as a result such as Uranium One and Skolkovo.

Then, of course, there is the plan to defeat conservative America once and for all with tricks like creating new states out of Puerto Rico and the District of Columbia to guarantee that Democrats control the Senate forever. Open borders with amnesty and quick citizenship would guarantee a permanent popular vote majority and control of the House of Representatives. Estimates suggest that the Biden-Harris plan would add 52 million new immigrants.  Eliminating the Electoral College would guarantee permanent control of the White House.

And, we also know that Joe Biden has pledged to "end shareholder capitalism." He wants investors to benefit everyone with their investments rather than earn profits. No matter how you slice it, that's socialism. And it is aimed at American investors.

Finally, we now know that Biden is remarkably comfortable with social media censorship when it benefits him. This was made plain when the Biden team pointed to the Twitter and Facebook banning of any news on the subject (including banning the account the White House Press Secretary) related to the emerging Hunter Biden scandal. This has ominous implications.

When you add it all up, no wonder Bernie Sanders says Biden would be the most "progressive" President in history.

BUT EVEN THIS MAY NOT BE RADICAL ENOUGH

Perhaps the most concerning thing of the past couple of weeks has been the Nancy Pelosi plan to create a 25th Amendment Commission. The Speaker (who tore up the State of the Union speech) admits this is not for President Trump (even though she questioned his capacity). She says it is for the future. Of course, she knows that Biden would be the oldest elected President in history. She is well aware of the questions regarding his mental clarity. And, she understands that Kamala Harris was handpicked to be ready to step in one Day One according to Biden himself. In fact, Both Joe and Kamala have already slipped, calling it a "Harris/Biden" administration.

This is the progressives "insurance policy." If Biden doesn't move fast enough for the complete takedown of our government, they will move him out and put her in. And anyone paying attention knows it.

These progressives are radical anarchists. Remember Keith Ellison (once Deputy Chair of the DNC)?   He smiles at Antifa as shown in this tweet. 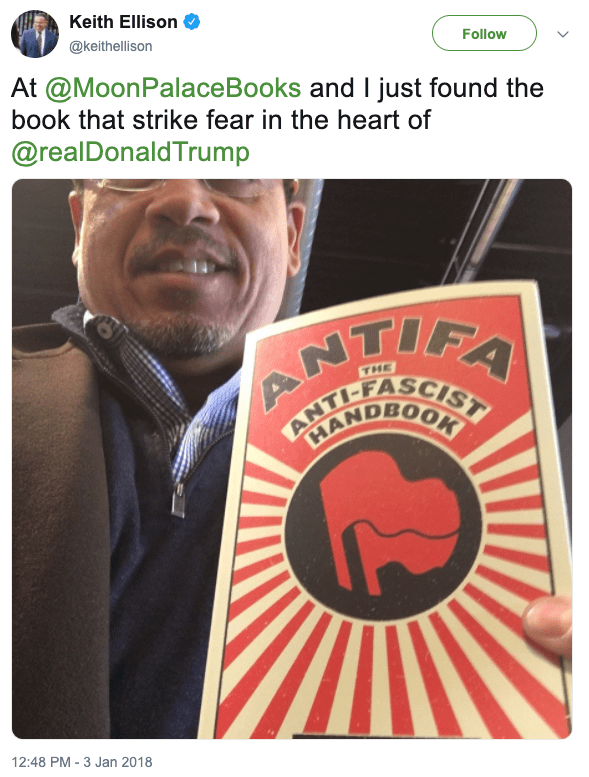 How about the radical media that has pretended all the protests were peaceful (and not riots)? They want to see something akin to the French Revolution. Perhaps that's why they keep bringing up guillotines. They are serious. How about this from Keith Olberman? Watch his video rant and demand that conservatives be arrested and removed from society.

The bottom line is that this is a complete radical plan to wipe the America we know and love from the face of the earth. The radicals hope to suspend the Constitution as needed, eliminate the First and Second Amendments, confiscate property, and take total and near permanent control of all aspects of our society. The radical left already controls most of the media, big tech, the Deep State bureaucracy, public education, and chunks of Wall Street. They intend to leverage that power in a color revolution combined with what they hope will be one last election victory to take total control. They are working in common cause with the Chinese Communist Party (which has been supporting the social unrest), global Marxists, George Soros' Open Society elements, and radical Islamists. They all want to see a radical remaking of what we know is the greatest nation on earth.

Keep in mind that (as we explained in Part One), even if the progressives lose the election, they intend to use violence to take control. In addition, it is clear that radical progressives are perfectly willing to lie, cheat, and steal with election fraud.

What Can We Do?

As always, you must be aware. Research this for yourself. It's all on the Internet for anyone to see. You just have to dig below the pro-radical search-engine manipulation. A few weeks ago, you might have questioned whether or not big-tech was gaslighting you. By now, the truth should be obvious.

Here are your five assignments: