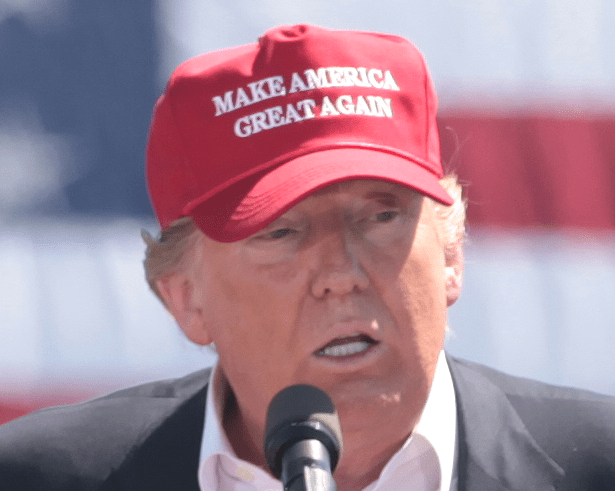 In last week's article, we discussed the intentions of the Trump Administration to Make America Great Again. The President has a credible economic warfare strategy that mirrors a blueprint I wrote over three years ago in the book Game Plan: How to Protect Yourself from the Coming Cyber-Economic Attack. Of course, in any war, there are at least two competing sides. We have a general understanding of the Trump strategy. Now, we will look at his enemies, both foreign and domestic. Make no mistake, this is war.

There should be no doubt. If President Trump succeeds in making America Great Again, the left is doomed, at least for the next few election cycles. And, if America regains global strength, our economic adversaries will be seriously diminished as well. This is a war for survival in many respects. The Trump "deplorables" turned out in surprising numbers in key swing states because they felt their survival was threatened. Now, we will see if they have the fortitude to stand behind their convictions in the face of a massive onslaught.

First, let's examine who a few of the opponents really are. There are globalists who want to see America as just one nation among many under a de facto world government. There are also the leftists, radical Islamists, hyper feminists, and a host of others that comprise the "Red Green Axis." This is the radical left that stands to lose the most. Beyond them are the foreign nations concerned about trade (including China and Mexico) and others with more radical ambitions like North Korea and Iran. Groups like the Muslim Brotherhood see risk to their plans as well. When you pull all of this together, there is a formidable potential alliance forming. It is well-funded, vocal, and empowered.

Be warned. Nothing is off limits to the legion aligned against Trump. We will see direct attacks against any and every policy. We will hear vitriolic lambastes against his person and family. The goal is to delegitimize and destroy any hint of credibility. We saw some of this directed at George W. Bush but we "ain't seen nothin' yet."

Within minutes of the Inauguration, there were calls for impeachment. There have even been calls for a military coup to overthrow the government. That's pretty strange coming from the left, isn't it? From Daily Caller:

In a blog post for Foreign Policy magazine, Rosa Brooks, a former Obama administration official, outlined four ways to "get rid" of President Trump, including declaring him mentally unfit for command or carrying out a military coup.

Brooks is a Schwartz senior fellow at the New America Foundation, which is funded by billionaire George Soros's Open Society Foundations. She served from 2009-2011 as Counselor to the Under Secretary of Defense for Policy and served as a senior adviser at Obama's State Department.

Her posting is titled "3 Ways to Get Rid of President Trump Before 2020," although the piece actually outlines four ways.

This is almost unbelievable, especially for someone who was highly placed at the Department of Defense. It is not isolated. This is actually part of a coordinated effort. In fact, one group has an entire, well-funded 47-person "War Room" focused exclusively on removing President Trump from office before the next election.

Is there any wonder there was such a coordinated outrage against a temporary immigration pause from nations with known terrorism risks? While the left has been screaming wildly, the truth is that the Obama Administration had instituted a similar pause for Iraq and some Muslim nations acknowledged the effort as a necessary one. And yet, it was treated as if the President had rounded up and interred American citizens. Oh, wait, that was Democrat idol FDR that did that. No citizens were denied any Constitutional rights. The pause was temporary and designed to get a handle on the risks we face. Even the FBI has explained that we cannot adequately "vet" Syrian refugees. But even if you disagree with the policy, can you really say the executive Order behind it is an impeachable offense? That is extraordinary hyperbole. But the media is almost endorsing it. Does anyone remember the plethora of Obama executive orders? One in particular on immigration/amnesty exceeded the President's authority by his own admissions. It was later struck down by the courts. Yet no major media gave any serious thought or discussion to impeachment talk.

Of course, the media is trying to make this Executive Order all about religion by calling it a Muslim ban. Interesting question, why does no one complain about the multiple religious bans targeting Jews?

It should be more than obvious that this is a part of a political agenda that began even before the Inauguration. It is serious and will extend far beyond a battle over immigration policies. The question is how effective it will prove in turning Middle America against the President they just elected.

As discouraging as this all may seem, the foreign threat is even greater. But we will save that for the next article.