A disturbing current report at WND.com reflects what appears to be a growing consensus by enemies of the United States that our days our numbered:

[Reza Kahlili, author of the award-winning book "A Time to Betray," served in CIA Directorate of Operations, as a spy in the Iranian Revolutionary Guard, counterterrorism expert; currently serves on the Task Force on National and Homeland Security, an advisory board to Congress and the advisory board of the Foundation for Democracy in Iran (FDI).]

The "American empire" will fall this year, the head of Iran's Basij forces claimed Sunday, a message that was approved by the Islamic regime's supreme leader. . .

The Basij commander was speaking to an audience of the 10th conference of "Journey of Enlightened Land" commemorating the "martyrs" of the eight-year war with Iraq, according to the Journalist Club, an outlet run by the Revolutionary Guards intelligence division.

It is not unusual for the Iranians to make such proclamations. What is unusual, however, is for the timing to be so specific. When you couple this with the al Qaeda call for "Operation Black Summer" as well as recent North Korea threats to strike targets in America, including, "deep in the heart of Texas."

All of this seems absurd on its face. The American Empire end in 2013? Al Qaeda joining with the Russians and Chinese to cyber attack America into submission? The North Koreans to launch all-out nuclear war?

The disconcerting part is that all of this is ramping up at the same time. We already know that Chinese and Russian computer hacking has targeted our nation with potentially dire economic effects. And, we know that North Korea has nuclear weapons. What we doubt is that the North Koreans have either long-range missiles capable of hitting the Continental U.S. or the guidance system to direct them.

The problem is that even if North Korea cannot successfully target a U.S. city, they may have the capability to deploy an EMP (Electromagnetic Pulse) weapon that would be extremely devastating. An EMP could knock out the power grid, wipe out computers across the country, and destroy our economy. You don't need much targeting precision to explode a nuclear weapon in the stratosphere over a nation. Yet, that is precisely how an EMP can be deployed. 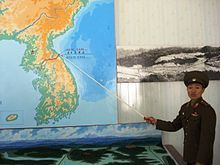 Israeli Media: North Korea Has Super EMP Weapon That Can Knockout The Entire US

"In 2011, the Director of the Defense Intelligence Agency, Lt. General Ronald Burgess, testified before the Senate Armed Services Committee that North Korea has weaponized its nuclear device into warheads for ballistic missiles. In 2009, European intelligence agencies headquartered in Brussels and supporting NATO concluded that North Korea has armed with nuclear warheads its Nodong missiles capable of striking Japan. The CIA's top East Asia analyst publicly stated that North Korea had successfully miniaturized nuclear warheads for missile delivery in a 2008 interview.
To continue reading at Before It's News….

There are claims that Israeli Intelligence believes that the EMP threat is very real and that they are working closely with the Iranians:

Published: Thursday, February 28, 2013 12:41 PM North Korea and Iran are not re-inventing the nuclear wheel. They can draw on a vast treasure trove of declassified information about U.S. nuclear weapons development. And they cooperate with one another. And we are talking EMP . . . The Congressional EMP Commission warned in its 2004 and 2008 reports that the electromagnetic pulse from a single nuclear weapon detonated at high-altitude over the United States could have catastrophic consequences nation-wide. One warhead making an EMP attack could collapse the national electric grid and other critical infrastructures–communications, transportation, banking and finance, food and water–that sustain modern civilization and the lives of millions. To continue reading….

Clearly, an EMP is an economic weapon that rogue states such as North Korea and Iran, as well as terror groups like al Qaeda would love to deploy.
Share on Facebook Next Story