Putin's Direct Threat: We Are Ready to Crash the Dollar (from Voice of Russia)

We have been saying for years that there is a global economic war underway. We have warned that Putin has long intended to attack America with a particular obsession with the reserve currency status of the United States' dollar. Now, Voice of Russia states that it is time for the attack on the dollar to commence. This is a departure from the previous message on March 28 which stated:

"Russia is fully in control of the petrodollar and could cause the Dow Jones industrial average to plummet as it has never done before. One can wave the Stars and Stripes as long as one likes, but it's a fact that the Russians can turn the US economy upside down . . . So far, Moscow has been in no rush to resort to extreme measures. Russia is going to react in a mirror-like way . . ."

Here are excerpts from the April 4 article which is even more threatening. In fact, it states that the dollar attack is commencing now: 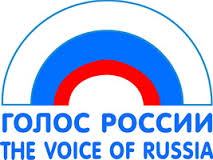 Russia prepares to attack the petrodollar 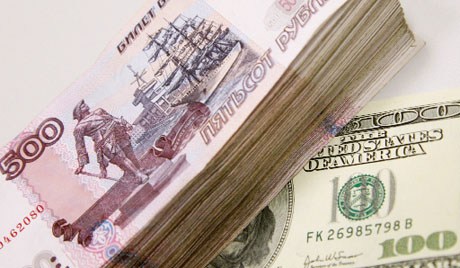 The US dollar's position as the base currency for global energy trading gives the US a number of unfair advantages. It seems that Moscow is ready to take those advantages away.

The existence of "petrodollars" is one of the pillars of America's economic might because it creates a significant external demand for American currency, allowing the US to accumulate enormous debts without defaulting . . .

Lately, China has led the BRICS efforts to dislodge the dollar from its position as the main global currency, but the "sanctions war" between Washington and Moscow gave an impetus to the long-awaited scheme to launch the petroruble and switch all Russian energy exports away from the US currency .

The main supporters of this plan are Sergey Glaziev, the economic aide of the Russian President and Igor Sechin, the CEO of Rosneft, the biggest Russian oil company and a close ally of Vladimir Putin. Both have been very vocal in their quest to replace the dollar with the Russian ruble. Now, several top Russian officials are pushing the plan forward . . .

It can be said that the US sanctions have opened a Pandora's box of troubles for the American currency. The Russian retaliation will surely be unpleasant for Washington, but what happens if other oil producers and consumers decide to follow the example set by Russia? During the last month, China opened two centers to process yuan-denominated trade flows, one in London and one in Frankfurt. Are the Chinese preparing a similar move against the greenback? We'll soon find out.

This is pretty dramatic rhetoric and a clear escalation. The main problem is that if Russia were successful in getting China, India, and others to challenge the dollar, the ramifications are very serious. A removal of the dollar as the world's reserve currency would dramatically lower the average American's standard of living. One estimate suggests that the cost of living would quadruple in such an event.

There is no guarantee that such a plan could succeed. But, it should be noted that the dollar has been targeted for quite some time. The intensity of issues surrounding the Ukraine provides an opportune pretext for a move against the dollar. Putin has been putting "mega-deals" in place in preparation.  He has stockpiled gold. He has galvanized the BRICS nations in support. He has also paved the way for a lasting strategic relationship with China.

Remember, our own DoD war games in 2009 showed that if Russia and China teamed up, they have the capacity to severely damage the dollar. This is something Putin has been working towards as a long-term goal. In fact, his position was telegraphed as early as 1998 even as Russia was going through its own currency crisis. And, we now know with certainty that Russia is willing to use economic weapons against us and to urge China to join them. This is strategically significant because China has been recently listed as "the world's most powerful nation," ahead of even the United States. While we do not believe that to be true (at least not yet), it is significant because so many in the world believe it. Having China stand against the dollar would be devastating.

In addition, cyber is a major "force multiplier" in this economic war. And, it is a great equalizer. In fact, because we are more Internet dependent than Russia, we are more vulnerable. And, our markets are clearly at great risk of cyber manipulation.  There has been a great deal of recent attention given to high-frequency stock trading and the potential to rig markets. Billionaire Mark Cuban notes the seriousness of this manipulation and properly declared this a threat to national security:

Less noticed, however, has been the fact that these same manipulation techniques are now being applied to currency markets. And, there are the dark pools where there is no transparency whatsoever at any speed. All of these issues were covered in our first book, Secret Weapon and again in this year's book Game Plan. [We will explain high-frequency trading, dark pools, and the risks they pose in detail in a future post.] Bottom line:  What is to stop Russia from adding cyber means to their weaponry attacking the dollar?

Certainly, we have ways to fight back. We can use energy as a weapon by developing all of the resources we have. But, let's be clear, the Russians can the retaliate as well. These facts are explained by Juan Zarate, a financial warfare expert and former Treasury official:

There's no doubt, for example, that Russia has sophisticated cyber weapons capable of destroying our financial system. Even General Alexander admitted this on 60 Minutes last December (even if he did not specifically name Russia).

This is why we have been so direct in saying that this is a global economic war. Too few recognize this fact and it puts them at risk. Everyone needs a Game Plan because what is coming will be serious.

Watch Kevin Freeman discuss these threats on Fox and Friends: