We've been educating on this topic for five years. Finally, the awareness is beginning to emerge. As we shared previously, there is evidence that elements in China have been following the Unrestricted Warfare doctrine to hack our systems. If you are a subscriber to The Wall Street Journal, you can read this in a March 29, 2013 Opinion article in titled Why China is Reading Your Email based on an interview with retired Lt. Colonel Timothy Thomas. Here are a few key quotes:

For several years, Washington has treated China as the Lord Voldemort of geopolitics—the foe who must not be named, lest all economic and diplomatic hell break loose. That policy seemed to be ending in recent weeks, and Timothy Thomas thinks it's about time.

The clearest sign of change came in a March 11 speech by Tom Donilon, President Obama's national security adviser, who condemned "cyber intrusions emanating from China on an unprecedented scale" and declared that "the international community cannot tolerate such activity from any country." Chinese cyber aggression poses risks "to international trade, to the reputation of Chinese industry and to our overall relations," Mr. Donilon said, and Beijing must stop it.

"Why did we wait so long?" wonders Mr. Thomas as we sit in the U.S. Army's Foreign Military Studies Office, where the 64-year-old retired lieutenant colonel has studied Chinese cyber strategy for two decades. More than enough evidence accumulated long ago, he says, for the U.S. to say to Beijing and its denials of responsibility, "Folks, you don't have a leg to stand on, sorry." . . .

A 1999 book by two Chinese colonels put it more aggressively (albeit in a sentence as verbose as it is apocalyptic): "If the attacking side secretly musters large amounts of capital without the enemy nations being aware of this at all and launches a sneak attack against its financial markets," wrote Qiao Liang and Wang Xiangsui, "then, after causing a financial crisis, buries a computer virus and hacker detachment in the opponent's computer system in advance, while at the same time carrying out a network attack against the enemy so that the civilian electricity network, traffic dispatching network, financial transaction network, telephone communications network, and mass media network are completely paralyzed, this will cause the enemy nation to fall into social panic, street riots, and a political crisis." No kidding.

This vision from 1999 reads like an outline of the report published last month by Mandiant, a private-security firm, about "Unit 61398," a Shanghai-based Chinese military team that since 2006 has mounted cyber assaults to steal terabytes of codes and other information from U.S. assets. Among the targets of Unit 61398 was Telvent Canada, which provides remote-access software for more than 60% of the oil and gas pipelines in North America and Latin America.

The same subject was covered yesterday in Town Hall's website:

Unrestricted: China's Plan to Use Terror Tactics Against the U.S.

In the wake of hacking attacks on financial, intelligence and defense assets here in the U.S. that have been consistently reported for over 15 years in the United States, it's time to label China what it really is: a terrorist nation.

In fact it is the thought leader when it comes to methods of terror.

Even before Osama Bin Laden and 19 of his followers rocked the western world by slamming three planes into prominent financial and military landmarks China published "Unrestricted Warfare" as an attempt to compensate militarily for the West's unrivaled technological edge.

More than just seeking to compensate, the book outlines how to use the West's intricate financial, technological and sociological infrastructure as weapons in a war where there are "no rules, and nothing forbidden." It advocates methods that have been become all-too familiar: hacking into websites, urban warfare, targeting financial institutions and using the media to create terror by unconventional, as well as conventional, military means.

"In future wars," predict the authors, "there will be more hostilities like financial warfare, in which a country is subjugated without spilling a drop of blood…. such situations are by no means impossible, and if it had not been for the collapse of the Russian financial market, which caused the financial speculators to be under attack from the front and the rear, it is still hard to predict how things would have turned out." . . . [To continue reading at TownHall.com…]

The fact that this is being discussed more broadly is very encouraging. We are also encouraged to know of planned "war games" designed to understand the threat to our financial markets. These exercises are under the code name "Quantum Dawn Two." Quantum Dawn (the original) was held in November 2011 as noted in these excerpts from a recent Reuters article: 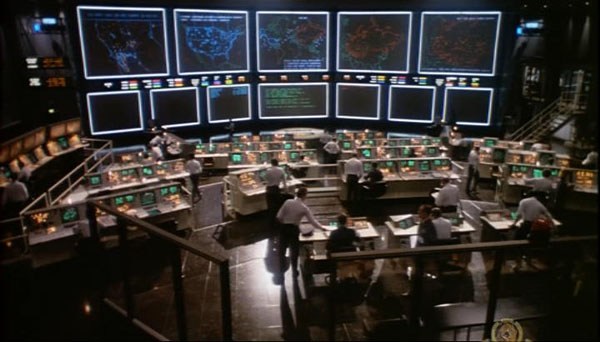 NORAD movie set from War Games By Lauren Tara LaCapra June 13, 2013 Quantum Dawn 2 is coming to Wall Street.No, it's not a video game or a bad zombie movie; it's a simulated cyber attack to prepare banks, brokerages and exchanges for what has become an ever-bigger risk to their earnings and operations.Organized by the trade group SIFMA, Quantum Dawn 2  will take place on June 28 – a summer Friday that, with any luck, will be a relatively quiet day in the real markets.The drill involves not just big Wall Street firms like Citigroup and Bank of America, but the Department of Homeland Security, the Treasury Department, the Federal Reserve, the Securities and Exchange Commission, according to SIFMA officials.

"We go through a pretty rigorous scenario where we look at multiple threats being thrown out at the U.S. equity markets," said Karl Schimmeck, vice president of financial services operations at SIFMA . . .

"Our SIFMA command center at some point will run an escalation process," said Schimmeck, an ex-Marine. "Our members will say, ‘We think we see a threat out there, this is something multiple firms are dealing with.' We will facilitate a conference call where we share what we know, have our regulators participate and see if we can understand a threat, deal with a threat and then do a shared analysis so that no one is working on their own."

It's a rare situation, he said, in which fierce rivals are not trying to get a competitive edge – they're trying to help one another survive.  [To continue reading at Reuters…]

As we have said for years, these threats are very real. Fortunately, some key parties are beginning to pay attention.