Russia, China, Iran, and the Dollar as Reserve Currency–Part Three (of Four)

Before we discuss Iran, however, we should take note that Russian media is prominently discussing a coming American economic collapse with it seemingly scheduled for the September/October timeframe this year.

Perhaps this is sour-grapes-based wishful thinking on their part. Or, perhaps they are playing on serious anxiety already at work in America based on the Shemitah predictions or the Blood Moons. Or, perhaps this is intended to create the required anxiety necessary to set the stage for financial terrorism or other serious attack. Or, it might be as Michael Snyder suggests that Russian media has "more freedom to talk about important issues than reporters that work for the major corporate conglomerates in the United States…"

Take a quick review of these article excerpts and then review the links to original sources from Sputnik News, Pravda, and RT (Russia Today). 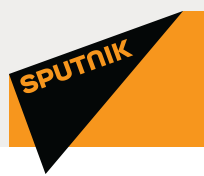 US is Gearing Up for Onrushing Economic Apocalypse

Most of the experts agree that all the optimistic data like record earnings on Wall Street and a surging dollar is just disguising fundamental cracks, and the collapse of historic proportions will happen within few months, starting in the US. No wonder such forecasts, and there are dozens, from professional economists leave US and the world dizzy and shivering in fear and helplessness, just what one would probably feel if the actual apocalypse was coming….

…..Another 7- year period would elapse and bring us to Sept. 29, 2008. On this infamous day stocks skidded, with the Dow slumping nearly 777 points, the biggest single-day point loss ever. Approximately $1.2 trillion in market value vanished in a twinkling.

Again, seven years to the month exactly from the 2001 crash. But apparently no one noticed this pattern because the financial presstitute corps never mentioned it. Is it any surprise at this point that after lowering interest rates from 2001 to 2004, the FED started ratcheting them up again? …

We are indeed in a Brave New World of globally, interconnected, wildly gyrating economies. From the point of the last collapse until now, the FED has tried to stimulate the economy by essentially keeping interest rates at near 0 for 6 years. (For the first time in history) Yet the once vibrant economy has been acting like a Zombie.

Where is the old GDP growth that much less stimulus used to create? Gone, a thing of the past, but you say, the Stock Market is at all time highs. Did you pay attention to the above?

Oil prices have been cut in half over the past 10 months. The dollar has risen and you are being told that lower oil prices will help the economy and stock market. No they won't. The global economy is in the throes of a massive deflationary wave. Commodity prices peaked in 2011 they have been falling ever since oil was simply the last to fall.

Lately, everything from oil and gold to foreign currencies are down. The last holdout is the Stock Market. Why should it alone stay up? Interest rates have nowhere to go but up. However, the FED is constrained because the strong dollar is already hurting imports and overseas corporate profits.

In addition, none of the most recent economic and business news is positive. Retail sales were down during the 2014 holiday season. The FED has learned — instead of raising interest rates — they are jawboning the dollar up by intimating that they will raise rates in June.

In fact, they cannot do that without hitting the kill-switch as they have done in the past as we have seen above repeatedly.

When will the collapse come? I think you have already figured that out at this point…

Across the vast expanse of the internet, everyone from professional economists to armchair theorists are sounding the alarm that next month may hold some ugly surprises for the global economy. Despite exorbitant executive salaries, record earnings on Wall Street and a surging dollar, an increasing number of forecasters are warning the feel-good data is severely skewered – a bit like a new coat of paint that used-car dealerships use to conceal the fact that a car's engine is shot. Indeed, many experts are giving the rickety US-made jalopy just months before the big collapse begins….

The point of this is that Russian media (perhaps with the endorsement of the Russian Government) is seemingly warning of a coming attack on the American economy with fairly precise timing. They are openly discussing a complete collapse. We must never forget that in 1998 the Russians signaled a complete American collapse for around the year 2010 and then worked to make it happen in 2008. So we should not take these indications lightly. Certainly our Military Leaders have been warning about Russia lately.

Similarly, we should note that ISIS is following the al Qaeda timeline that we discussed several years ago which includes outright economic warfare against the United States and an attempt to destroy the U.S. dollar.  The plan is virtually identical to bin Laden's and has a strong emphasis on Economic Warfare and replacing the U.S. dollar. Although originally scheduled for 2010-13, ISIS no doubt considers the destruction of America's currency to be a current goal and a necessary step toward their plan for total global victory.

Intelligence officials are comparing a newly discovered secret Islamic State document to Hitler's "Mein Kampf," as it blames Israel for the rise of the Islamic State and crowns U.S. President Barack Obama as the "Mule of the Jews." Found in Pakistan's remote tribal region by American Media Institute (AMI), the 32-page Urdu language document promotes an "end of the world" battle as a final solution. It argues that the Islamic leader should be recognized as the sole ruler of the world's 1 billion Muslims, under a religious empire called a "caliphate."

"It reads like the caliphate's own Mein Kampf," said a U.S. intelligence official, who reviewed the document. "While the world is watching videos of beheadings and crucifixions in Iraq and Syria the Islamic State is moving into North Africa the Middle East, and now we see it has a strategy in South Asia. It's a magician's trick, watch this hand and you'll never see what the other is doing."

Retired U.S. Defense Intelligence Agency Director Gen. Michael Flynn and other U.S. intelligence officials confirmed the authenticity of the document based on its unique markings, specific language used to describe leaders and the writing style and religious wording that matched other Islamic State records.

Flynn said the undated document, "A Brief History of the Islamic State Caliphate (ISC), The Caliphate According to the Prophet," is a campaign plan that "lays out their intent, their goals and objectives, a red flag to which we must pay attention."

The battle plan to "end the world" is described in six phases (three of which have already passed) – ripping pages from al-Qaeda's original plans to defeat the west, in a graphic illustration of how ISIS sees itself as the true heirs to Osama Bin Laden's legacy.

Phase 1 "Awakening" 2000-2003: Islamic State calls for "a major operation against the U.S. .. to provoke a crusade against Islam."
Phase 2 "Shock and Awe" 2004 – 2006: Islamic State will lure U.S. into multiple theatres of war, including cyber-attacks and establish charities across the Muslim and Arab world to support terrorism.
Phase 3 "Self-reliance" 2007-2010: Islamic State will create "interference" with Iraq's neighboring states with particular focus on Syria.
Phase 4 "Reaping/extortion/receiving" 2010-2013: Islamic State will attack "U.S and Western interests" to destroy their economy and replace the dollar with silver and gold and expose Muslim governments' relations with Israel and the U.S.
Phase 5 Declaring the Caliphate 2013-2016: Not much details offered here. The document just says, "The Caliphate According to The Prophet."
Phase 6 Open Warfare 2017-2020: Islamic State predicts faith will clash with non-believers and "Allah will grant victory to the believers after which peace will reign on earth."

The point is this: It should be crystal clear that the American economy is in the crosshairs. Perhaps the Russians are blustering as their own economy has been devastated. Or, they may know something. When we take a look at Part Four, you will see how our own Government is warning that the dollar might collapse. Two cabinet officials have been using the warnings as a threat to force us to accept the Iran nuclear agreement…or else. It is getting interesting. Stay Tuned!