Terror as an Economic Weapon: Was UPS Airplane Targeted? 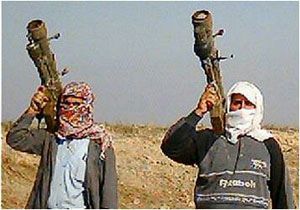 There are some disturbing reports that there may have been an arms deal involved in the Benghazi tragedy.

Benghazi Was About 400 Surface-to-Air-Missiles Stolen by ‘Some Very Ugly People,' DiGenova Says

(CNSNews.com) – Former U.S. Attorney Joe DiGenova, who now represents one of the Benghazi whistleblowers, told a Washington radio station Monday that the real scandal in Benghazi is the theft of 400 surface-to-air missiles by some "very ugly people." The Obama administration fears those missiles will be used to shoot down an airplane or blow up one of our embassies, he said.

On the surface, it seems to make sense in that we know 1) That the U.S. did provide arms to Libyan rebels to oust Gaddafi and that these arms fell into some Jihadi hands according to the New York Times:

WASHINGTON — The Obama administration secretly gave its blessing to arms shipments to Libyan rebels from Qatar last year, but American officials later grew alarmed as evidence grew that Qatar was turning some of the weapons over to Islamic militants, according to United States officials and foreign diplomats . . . To CONTINUE Reading at NY Times …

2) The Obama administration has been seeking to arm Syrian rebels.

Obama to move forward with plan to arm Syrian rebels

Doesn't take a big stretch to imagine that the reason Ambassador Stevens was in one of the most dangerous parts of Libya on the anniversary of 9/11 was to negotiate a weapons "transfer."  That issue has been raised for months by the Press. And, it certainly isn't a partisan issue as similar concerns were raised in regard to possible Reagan involvement in the Iran-Contra issue.

It does seem likely that elements in Libya would kill to obtain or keep Surface-to-Air Missiles. There was clear al Qaeda involvement in Libya as well as there is in Syria:

BEIRUT — A Syrian rebel group's April pledge of allegiance to al-Qaeda's replacement for Osama bin Laden suggests that the terrorist group's influence is not waning and that it may take a greater role in the Western-backed fight to topple Syrian President Bashar Assad . . . To CONTINUE Reading at USA Today . . .

Now, when you add that al Qaeda claimed credit for downing a UPS flight in the Middle East a couple of years ago, it gets a little scary to imagine what could happen.

Al-Qaeda in Arabian Peninsula claims responsibility for downing of UPS aircraft in Dubai in September; group also says it was behind mail bomb plot thwarted by authorities last week . . .

To CONTINUE Reading at YNet News . . .

We know that the missiles in question would be capable of taking down airplanes with more than 50 attacks on commercial airplanes. And, we know a UPS flight just crashed:

The pilot and co-pilot of a UPS plane were killed when they crashed while approaching an airport in Birmingham, Ala., early Wednesday, authorities said. The cargo plane, an Airbus A300, was en route from Louisville, Ky., when it crashed in field, FAA spokeswoman Kathleen Bergen said . . .

To CONTINUE REading at USA Today . . .

It will be very important to quickly determine the cause of this crash and rule out terrorism. Of course, there is a whole cottage industry still unearthing information about TWA flight  800 that crashed 16 years ago. All official reports have denied that a missile took down Flight 800 but many private investigators tend to disagree.

Taking down a UPS flight would be a powerful way to terrorize by hindering commerce. It would clearly be an economic attack. And, if the public ever realized that all flights might be vulnerable, there could be a devastating slowdown in the global economy.

Here is the problem. If al Qaeda did get any Surface-to-Air Missiles (SAMs) or more specifically the mobile kind MANPADs, there is a very serious problem. And, it is a threat to our economy. We know that MANPADs can be smuggled for use against civilian aircraft according to former Sec Def and CIA head Panetta:

Iran's Revolutionary Guards are exporting anti-aircraft weapons that can be used by a single person to Islamic militants in an intensified campaign to destabilise Middle East, according to Pentagon chief Leon Panetta.

Iran is intensifying a campaign to destabilise the Middle East by smuggling anti-aircraft weapons to militant allies through its international paramilitary force, according Leon Panetta, the outgoing US defence secretary. The Pentagon chief told The Wall Street Journal that Tehran's export of so-called "manpads" — anti-aircraft missiles that can be carried by a single person – represents a dangerous escalation.

Yemen intercepted a boat carrying the weapons on Jan 23 with unspecified assistance from the US, which had evidence that the missiles were supplied by the Islamic Revolutionary Guard Corps. They were believed to be en route to Yemeni separatists fighting the US-backed central government.

American intelligence reports had previously indicated an increase in efforts by Iran to smuggle the devices to radical Islamic factions in the region. "There is no question when you start passing manpads around, that becomes a threat–not just to military aircraft but to civilian aircraft," Mr Panetta told the newspaper in an interview as he prepares to leave his post . . .

To CONTINUE Reading at The Telegraph . . .