‘The Bear is Back': Center's New Book Warns of ‘Putin's Reset' — and What America Must Do in Response

(Washington, DC) At no time since the fall of the Soviet Union has the threat from Russia been as serious – and Washington's relations with Moscow been as poor – as in the fall of 2016. As charges fly that Russia is trying to influence the outcome of the 2016 presidential election by leaking Democratic e-mails and Hillary Clinton and Donald Trump accuse each other of having inappropriate ties to the Russian government, the questions about where Vladimir Putin is taking his country and what that will mean for ours have largely gone unasked, let alone answered. 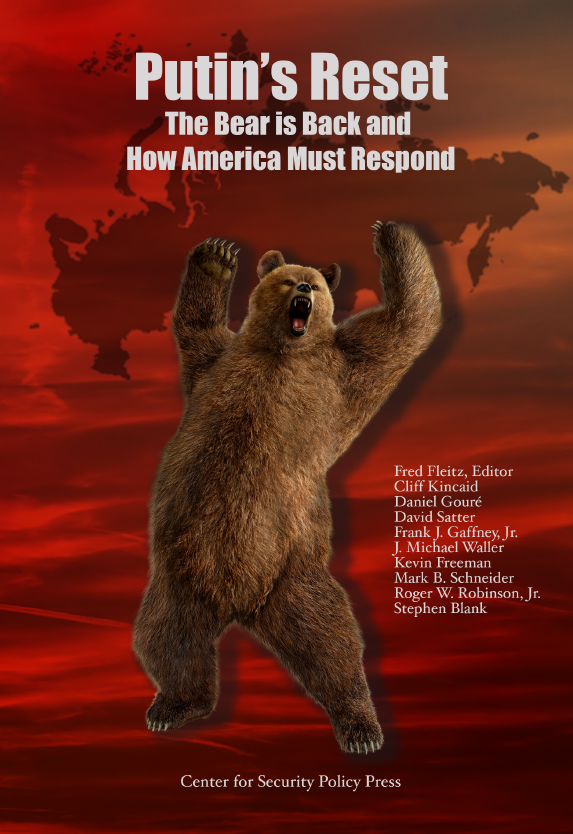 Putin's Reset: The Bear is Back and How America Must Respond explores the threats posed by Putin's Russia, many of which have received little attention in the U.S. press. These include significant improvements in Russia's nuclear ballistic missile arsenals, drastically improved air and missile defenses, and hardened shelters against nuclear attacks, apparently in preparation to survive a nuclear war. Russia also has stepped up economic, cyber, information and intelligence warfare against the United States to undermine American security and create a new global order.

The Obama administration has ignored these developments and emboldened Putin by answering his interventions in Ukraine and Syria with appeasement and ultimatums that it repeatedly failed to back up.

It is hard to overstate the cumulative impact and portentousness of these developments. In his contribution to this collection of essays, noted Russia expert Dr. Stephen Blank depicts the situation with this grim warning: "Putin's Russia is preparing for war against the U.S. and NATO. Putin would prefer to win without fighting, but he is prepared to use force and apparently escalate to nuclear weapons use if it is necessary and in Russia's interests. He must be deterred. We are not doing nearly enough to do so."

Fred Fleitz, Kevin D. Freeman, Frank J. Gaffney, Jr., Dr. Daniel Gouré, Cliff Kincaid, Roger W. Robinson, Jr, David Satter, Dr. Mark B. Schneider, and Dr. J. Michael Waller – documents from their various perspectives and fields of expertise how the threat from Russia is growing as it gears up, at best, for a do-over of the Cold War. And at worst, how Russia is creating what the Soviets used to call "a correlation of forces" that will enable the Kremlin to engage decisively in actual hostilities against the United States.

"Our hope is that the American people, once equipped with the insights in Putin's Reset will have a more complete understanding of how the Kremlin of yesteryear – with its global ambitions, bullying behavior and rabid hostility towards the United States immortalized by Candidate Ronald Reagan in a 1980 presidential campaign ad as "a bear in the woods" – is back. And, with that urgently needed understanding, the public will be better equipped to decide on what course is the most appropriate U.S. response: continued accommodation and appeasement or a return to the policy approach that Mr. Reagan as president employed to help bring down the Soviet Union: peace through strength."

This important book is available for purchase in Kindle at Amazon.com (paperback format coming soon). It also can be downloaded for free in PDF format below:

Why Do They Refuse to Look at Voting Machine Vulnerabilities?

Is Our Constitutional Republic at a Tipping Point?

Fraud at an Industrial Scale and the KKK Act