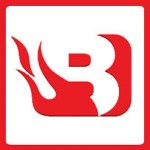 On Dec. 6, 1941, Americans knew that much of the world was on fire. But they didn't know how close they were to being dragged into the conflict.

Radio intercepts and other intelligence pointed to a sneak attack on Pearl Harbor, but those were largely overlooked. Gen. Billy Mitchell sounded a prophetic warning of the coming attack, but he was court martialed for his trouble. Blissful ignorance can last only so long, however, as America learned the next day.

Most Americans today understand that another global war is underway; only this time it's cyber-economic in nature.

We've seen bank accounts confiscated in Cyprus, the collapse of currencies in Turkey andArgentina, and the economic train wreck in Greece. But these problems won't affect us, or so we hope.