The Dollar is King! But for how long and at what price?

Oil is down and the dollar is up. There are already predictions of a great new global restructuring. This is good news for many. It undermines Putin and Iran. It keeps more money in the pockets of American consumers. It keeps Federal borrowing costs low. There are many things to like about current trends. And, it comes on the heels of the Federal Reserve stopping the latest round of Quantitative Easing.

All of that is on the surface. To some it is evidence that we have won the global economic war. HSBC believes that we are at the earliest stages of a massive dollar bull rally that will establish American predominance for years to come:

"We are only at the early stages of a dollar bull run. The current rally is unlike any we have seen before. The greatest danger for markets and forecasters is that they fail to adjust their behaviour to fully reflect a very different world."

So why aren't we celebrating? For over six years we have warned that a global economic war was underway. We warned that the U.S. dollar was in the crosshairs of our enemies. We even warned that there might come a day when the world preferred Iranian oil to American dollars. With oil prices falling to new four-year lows and the dollar charging higher, can we happily report that we were wrong? I sure hope so but things remain bothersome. Have we won too easily? The current victory somehow feels like a "B" alien movie where  the tanks unleash and the alien appears to be vanquished….at least until the smoke clears. 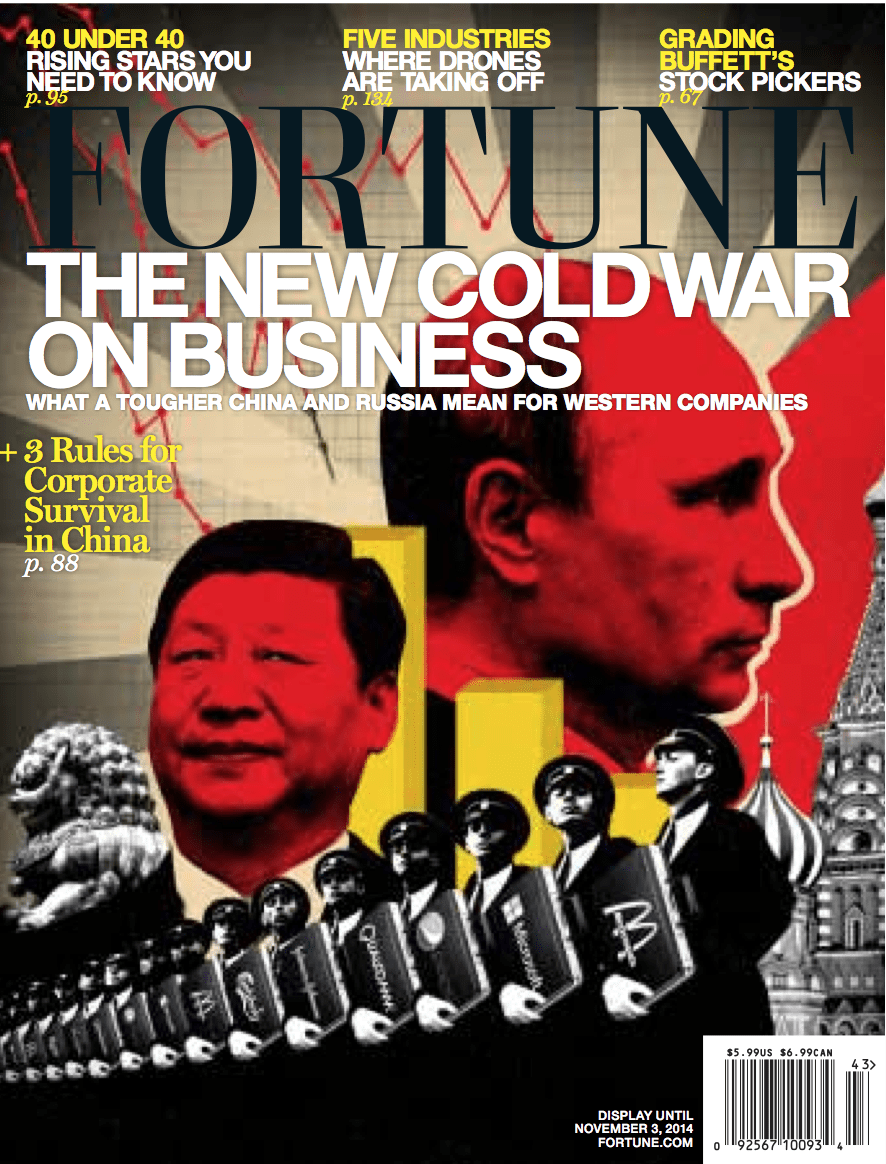 Putin has already warned of the risks of World War III. And, Russia has reentered a Cold War posture (with China joining them in some respects). Hackers have been probing our systems. Putin continues to reject the Petrodollar. And his popularity at home has the Russian people feeling that he's winning as shown in this piece of "art" on display.

Don't get me wrong. I do believe that America has the potential to win this global economic war. We have so many advantages and we are just now beginning to use them. We have long argued that with new technology America could be an energy powerhouse. With the mid-term elections, it sure feels like free enterprise is regaining favor. If we fight, we can win.

Unfortunately, there are risks being ignored. While we are celebrating the dollar's strength, we are missing the fact that the petrodollar agreements have been largely dismantled. This has had a major impact, largely overlooked. Petrodollars have left the system for the first time in 18 years. And the traditional Western financial infrastructure is being replaced. The Chinese currency is being rapidly adopted. Other nations are in a currency war at present, making their currencies cheap rather than the dollar strong. At some point, even this will be a threat to our economy. The Japanese have done everything possible to devalue the Yen. This won't last forever and a financial war could follow. [You can read about the difference between a currency war and a financial war here.]

What this means is that AFTER the current dollar trend there will no doubt be a dollar decline. That's just how currencies work although we don't know the timing. But will the dollar be able to recover next time without the Petrodollar mechanism? That's the question. For now, let's enjoy the benefits of dollar strength but not let it dissuade us from being strategic in an economic war. We need to be an energy powerhouse with both conventional and alternative sources. We need to fix our tax code. We need to reduce our debt. We need to support entrepreneurs. We need to shore up our cyber defenses. And we need to strengthen our traditional defenses. Most of all, we need to stop worshipping money and return to God. That is a prescription for true long-term victory.