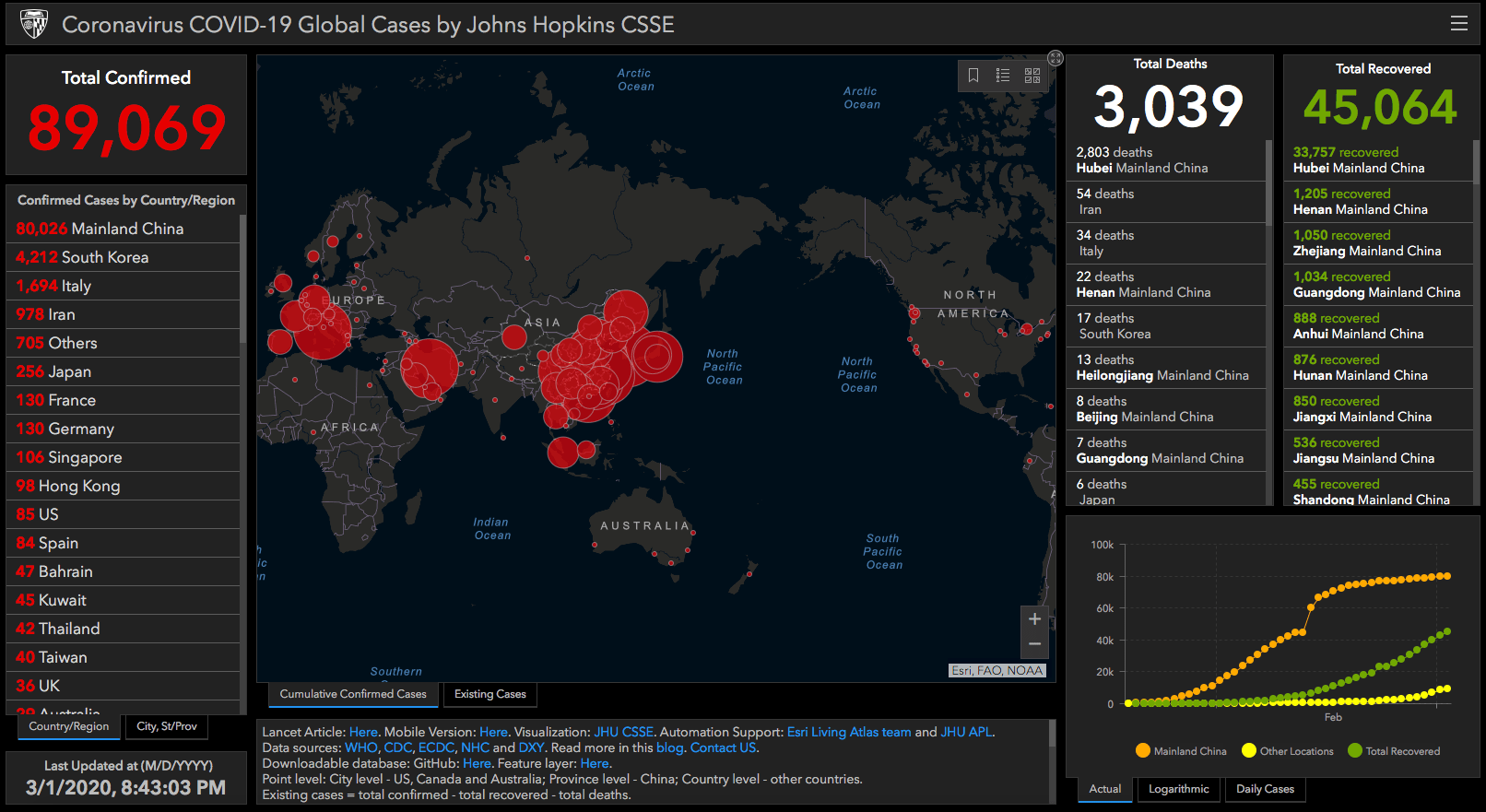 The Dow Jones Industrial Average fell 4,000 points in less than a week on reports of "community spread" of the novel coronavirus. This was the swiftest 10% drop from all-time highs in market history according to CNBC. The panic began because there were new identified cases of COVID-19, the virus that emerged from Wuhan, China, now responsible for approximately 86,000 illnesses and nearly 3,000 deaths since first being recognized just two months ago. The fatality rate, so far, appears to be less than 2% (which may be overstated with variances based on age). That's higher than a typical flu season, but far less than the 2003 outbreak of SARS which had nearly a 10% mortality rate.

The impact to date has been greatest in China, South Korea, Japan, and Italy. There are fewer than 100 reported cases in the United States although many more people are being monitored. Sadly, a second death was just reported in Washington state.

Nearly 40,000 have recovered from the illness. The Center for Disease Control and the World Health Organization have both warned that there is a risk of pandemic, something that occurs every 25-30 years on average. In such a case, we would expect mass community spread, impacting a large percentage of the world's population.

The potential impacts would be felt in four primary areas:

It is essential that we stick to facts and respond with reason and intelligence rather than panic. It is also a good time to pray and ask God for guidance and help. There is potential for optimism and even opportunity for our nation.

We covered all of this and more on a LIVE show for BlazeTV last Thursday made the episode available on YouTube as well. You can watch it using the link or as shown below. We also prepared an Economic Battle Plan™ for this (and every) episode. You can download a FREE copy of the Battle Plan at this link. It has action steps and links to additional information.

We have no idea how the market will react  this week. But we are certain that the Coronavirus will be front and center in whatever happens. As this is written, late Sunday March 1, the futures market is indicating a rebound with Monday's open. STAY TUNED.