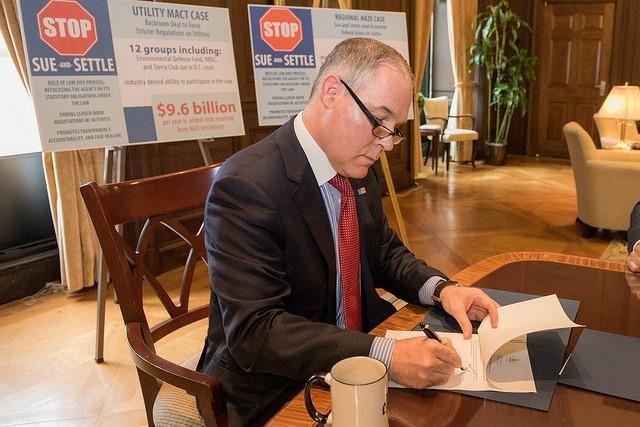 We've explained the game before. Foreign powers have learned how to manipulate our democratic process to their own ends. They use their influence, lobbying, or money to promote candidates, policies or legislation that benefits their own interests. It's been going on for years but largely ignored by the mainstream media and most politicians. That is, ignored until the establishment realized they could promote a narrative to try to undermine the Trump Presidency. Nevermind how little evidence has been produced to date.

Obviously, the recent revelations by The Hill regarding corruption and bribery by Russia and implicating the Clinton Foundation makes the case. When you look at the influence demonstrated in obtaining 20% of American uranium with the approval of CFIUS (Committee on Foreign Investment in the United States) you begin to recognize the scope of the problem. When we dig into CFIUS and all of this (and we will), we will no doubt unearth some really disconcerting truths. The good news is that the process of getting to the truth is now (finally) underway.

There are lots of examples of how these manipulations take place. One of the more obvious one is how Russia attempted to undermine our domestic energy industry by pushing for stricter regulations on hydraulic fracking. We know its true. It's even been confirmed by the former Secretary General of NATO. And at this point, is there anyone who could really doubt such a Russian influence operation? It is a very direct form of economic warfare. Russia wants less oil and gas produced to keep the market tight so they earn more for their energy sales.

Similar to the fracking story, we know that China has promoted tight climate restrictions on Western nations while exempting themselves as an emerging nation. Such was the nature of the Kyoto protocol. What this means is that manufacturing would be shifted to China at the expense of those nations abiding by the environmental restrictions. Fortunately, we stayed out of Kyoto.

The Chinese have acted similarly by creating a monopoly on rare earth minerals. Then they have used their influence to get potential competitors to ban or at least restrict mining of these resources while mining on their own without restrictions under conditions we would never allow. This is another very serious form of economic warfare. Rare earth minerals are essential for our most sophisticated electronics. Whoever controls these resources has a powerful economic weapon for the future. We will report on this one as well at some point.

While there is always plenty of opportunity to report on challenges we face, the purpose of this blog is to share some good news. Administrator Scott Pruitt has announced that the Environmental Protection Agency (EPA) will officially end a practice known as "sue and settle." This takes away a very powerful weapon used against our economy. How it worked was that environmental groups which may have been funded by foreign interests would bring friendly lawsuits in collusion with the EPA. Career bureaucrats at the agency would then agree to settle the lawsuits, imposing environmental restrictions that were never authorized by the Congress. It has been a serious end run around the legislature and intent of the American people. Ending this practice restores the rule of law and takes away what has been a collusion between the bureaucracy, foreign interests, environmental groups and radical judges.

From the EPA release:

"The days of regulation through litigation are over," – EPA Administrator Scott Pruitt.

WASHINGTON (October 16, 2017) – In fulfilling his promise to end the practice of regulation through litigation that has harmed the American public, EPA Administrator Scott Pruitt issued an Agency-wide directive today designed to end "sue and settle" practices within the Agency, providing an unprecedented level of public participation and transparency in EPA consent decrees and settlement agreements.

"The days of regulation through litigation are over," said EPA Administrator Scott Pruitt.  "We will no longer go behind closed doors and use consent decrees and settlement agreements to resolve lawsuits filed against the Agency by special interest groups where doing so would circumvent the regulatory process set forth by Congress. Additionally, gone are the days of routinely paying tens of thousands of dollars in attorney's fees to these groups with which we swiftly settle."

Over the years, outside the regulatory process, special interest groups have used lawsuits that seek to force federal agencies – especially EPA – to issue regulations that advance their interests and priorities, on their specified timeframe.  EPA gets sued by an outside party that is asking the court to compel the Agency to take certain steps, either through change in a statutory duty or enforcing timelines set by the law, and then EPA will acquiesce through a consent decree or settlement agreement, affecting the Agency's obligations under the statute.

More specifically, EPA either commits to taking an action that is not a mandatory requirement under its governing statutes or agrees to a specific, unreasonable timeline to act.  Oftentimes, these agreements are reached with little to no public input or transparency. That is regulation through litigation, and it is inconsistent with the authority that Congress has granted and the responsibility to operate in an open and fair manner.

With today's directive, Administrator Pruitt is ensuring the Agency increase transparency, improve public engagement, and provide accountability to the American public when considering a settlement agreement or consent decree by:

That is good news. More good news is the fact that on President Trump's watch, the number of net overall new regulations is near zero. This is HUGE. Typically the bureaucracy adds about 13,000 new regulations annually. Its been that way for 20 years at least. And, we know that regulations cost the economy a great deal. In fact, some estimate that we lose 2% growth per year and that adds up to trillions of dollars in cumulative loss. Even The Weekly Standard, a publication not friendly to President Trump is praising his administration in this area.

So, while we have plenty of challenges (with new ones emerging regularly), we should stop for a moment and acknowledge the good news. Thank you Scott Pruitt. Thank you, President Trump.