The Greatest External Threat is China

The recent Democrat debate displayed the bipolar nature of politics (like where all Democrats were against illegal immigration until they were for it). In the most recent case, the Democratic Party candidates for the White House say ignore China and focus on Russia. Why do they always seem focused on the wrong threat?

Remarkably, when the moderators of the second night of the first Democratic primary debate asked the participants to identify what they consider to be America's greatest foreign threat today, several of the candidates insisted that Russia's efforts to influence U.S. elections represent a greater danger to our country than China's rapidly expanding power, wealth, and influence, which Beijing expects will one day allow it to eclipse the United States at the top of the international order.

"[T]he biggest threat to our national security right now is Russia, not China," said Sen. Michael Bennet (D-Colo.), insisting that Moscow poses a bigger foreign policy challenge "because of what they've done with our election."

"Russia is our greatest geopolitical threat, because they have been hacking our democracy successfully and they've been laughing … about it for the last couple of years," agreed entrepreneur Andrew Yang, arguing that "we should focus on that before we start worrying about other threats."

Rep. Eric Swalwell (D-Calif.) also weighed in on the issue, stating that his first foreign policy objective will consist of "breaking up with Russia and making up with NATO."

Now, we are not saying that the Russian threat should be ignored. In fact, we've written extensively on why Russia remains a serious threat, engaging in ongoing economic and cultural warfare, building their military, and working with China to "de-Americanize the world." But our strategy should be to focus first on China, exactly the opposite of what the Democrats are saying. In fact, there may be good reason to reach out to Russia as part of our China strategy. Of course, the Democrats continuing effort to undermine President Trump with false claims of Russian collusion are actually hindering such a process.

Again from Steven Rogers in The Epoch Times:

Former Vice President Joe Biden didn't address China during the debate, but he has previously scoffed at the notion that China poses a threat to U.S. interests, even claiming that "they're not competition for us." It may come as a surprise to the Democrats, most of whom spent the Cold War as dupes and apologists for the Soviet Union, but Russian Facebook ads aren't exactly the greatest contemporary threat to America. China, with its hostile efforts to weaponize international trade and undisguised desire to supplant the United States as the preeminent power in Asia, is a far more capable and ambitious adversary.

In recent years, China has dramatically escalated its spying activities in the United States, recruiting U.S. intelligence analysts to help it steal not just government secrets, but also intellectual property and academic research. Russia, conversely, can't even manage to purloin emails from a laughably naive Democrat political operative without being caught red-handed.

The main reason for this imbalance is that China's economy dwarfs Russia's. In 2018, China's GDP totaled an impressive $13.6 trillion, while Russia's economic output was less than $1.7 trillion—slightly weaker than the GDP of Texas. The economies of both countries have also been growing at drastically different rates—in 2018, China's GDP grew 6.6 percent, while Russia's economy grew at just 2.3 percent.

China's growing wealth has enabled it to snap up billions of dollars worth of U.S. farmland, compel U.S. companies to hand over sensitive technology as a condition of doing business in China, and enlist its multinational corporations—such as telecom giant Huawei—to serve as quasi-official agents of the state. While China aims to eventually surpass the size of the U.S. economy, Russia's economy keeps falling further and further behind, with South Korea, Australia, and even lowly Spain now nipping at its heels.

One thing that has been little noticed in the news but is really quite monumental is that the Mueller investigation was slammed recently by a Federal Judge regarding the handling of evidence and commentary about Russian hacking and election efforts. Some observers believe that the charges were highly politicized but with limited merit. Only time will tell as to whether the Mueller indictments carried any real weight.

Again, we are not soft on Russia. We have pointed out the dangers of Russian cyber activity for quite some time. But we have to be realistic. Trump haters have been willing to accept very limited and often flawed evidence and analysis from questionable sources if that enables them to hold hope of a case against the President.

Perhaps the current crop of White House contenders should be reminded about what the prior Administration said about Russia. Remember? President Obama chastised Mit Romney for saying essentially what the Democratic Party is saying today:

The bottom line is that our foreign policy should not be shaped by political expediency. It should be shaped by protecting American interests. China is clearly the greater existential threat. They are challenging us via economic warfare, cultural warfare, military expansion, spying, intellectual property theft, cyber warfare, space warfare, electronic warfare, trade warfare, and efforts to undermine us with our allies. They have even weaponized our capital markets against us. That is why I testified in Congress. That is why the modern Committee on the Present Danger is focused on China. That is why the President is focused on China. We cannot and should not allow domestic politics to prevent us from addressing this serious threat. 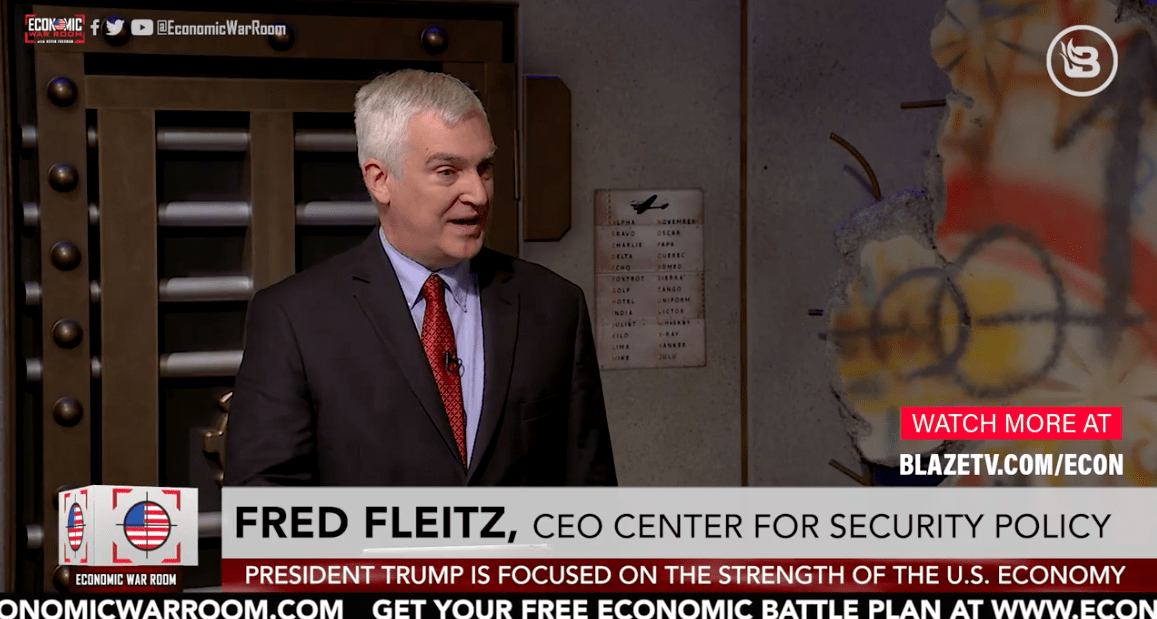 One piece of very recent possible good news can be seen in the media reports that our friend Fred Fleitz is under consideration to become the next Director of National Intelligence (DNI). Fred understands the China threat in detail. He has served in the CIA, in Congressional committees, the State Department, and recently as Chief of Staff for the National Security Council. And, he's a friend of The Economic War Room as shown in this clip from a recent show.